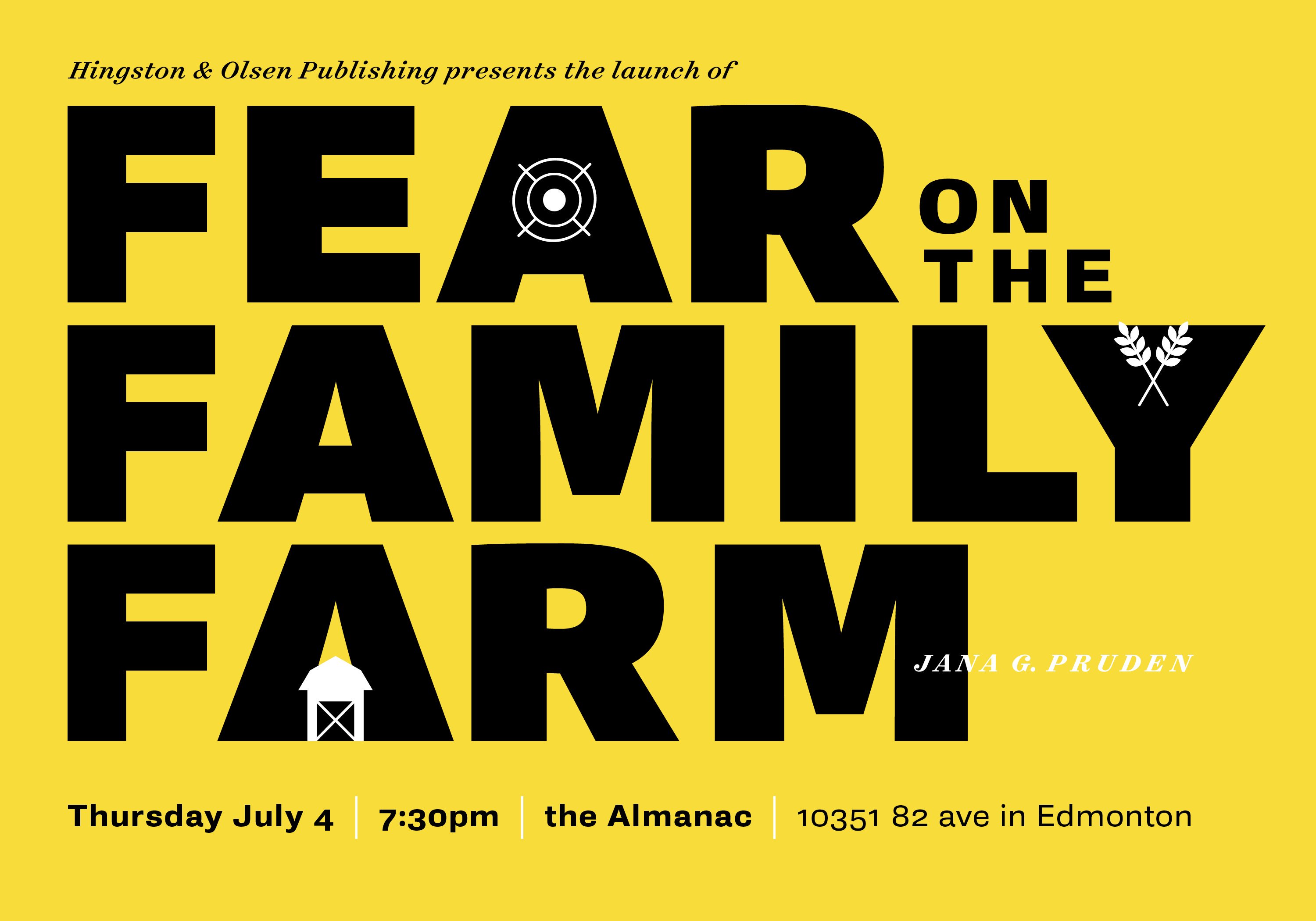 Join Hingston & Olsen and author Jana G. Pruden as we celebrate the launch of her new limited-edition book. This event is free to attend, and will include an onstage conversation between Pruden and H&O co-publisher Michael Hingston. A limited number of books will be available for sale.

ABOUT THE BOOK:
When “Fear on the Family Farm” first appeared in the Edmonton Journal in 2013, it was an instant sensation. The story of an isolated Alberta family living with a violent secret, “Fear” went on to be featured on Longform, named one of the year’s best crime stories by Slate, and read by more than a million people around the world.

Hingston & Olsen’s new edition of FEAR ON THE FAMILY FARM is a beautiful 64-page hardcover with striking golden paper, foil-stamped prairie iconography, and a letterpress-printed title band. It also includes an all-new afterword from Pruden about how the story came to be written, and what has happened to the Crichtons in the years since.

FEAR ON THE FAMILY FARM is available in a limited edition of 300 signed and hand-numbered copies.

ABOUT THE AUTHOR:
Jana G. Pruden is a reporter and feature writer who has spent the past 20 years writing about news and crime on the Canadian prairies. Born and raised in Winnipeg, Jana now lives in Edmonton, where she is a feature writer for the Globe and Mail.

ABOUT THE PUBLISHER:
Hingston & Olsen is an independent press based in Alberta, Canada, whose previous titles include the Short Story Advent Calendar and the Ghost Box.