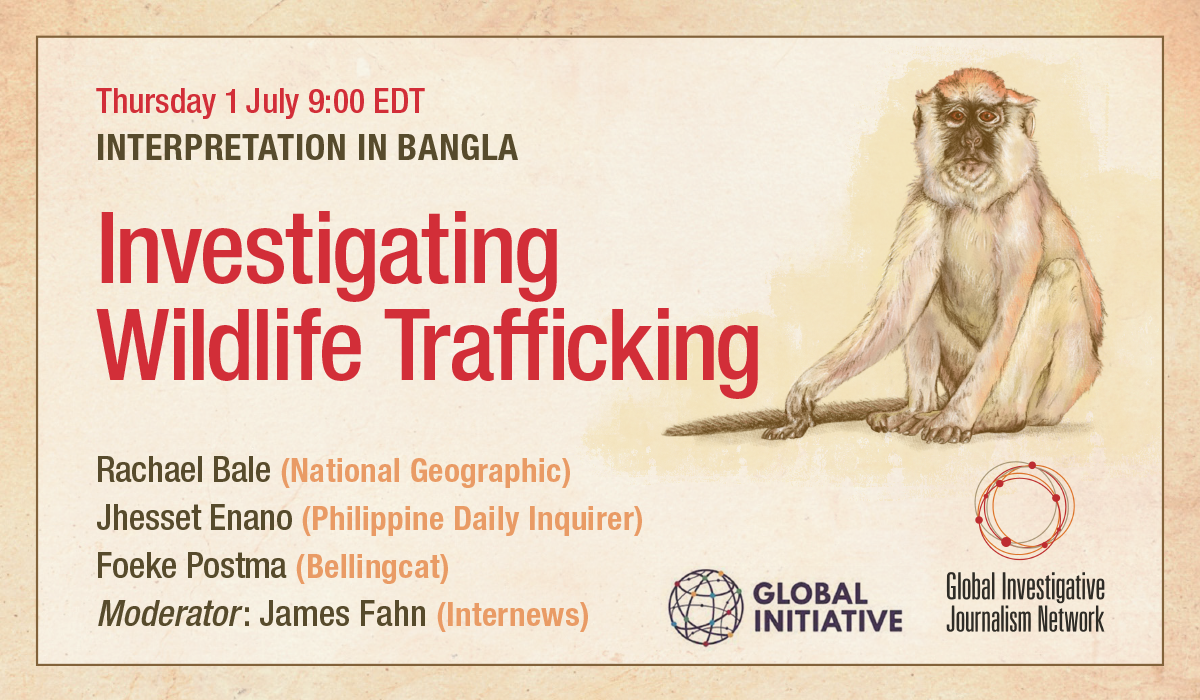 This webinar will bring together four senior reporters to offer tips on investigating stories about wildlife trafficking. In addition, they will introduce research tools, as well as how to cover trafficking at its source, and follow its trade and use social media to investigate.

Jhesset Enano is a reporter for the Philippine Daily Inquirer, an English-language newspaper in the Philippines. Her reporting focuses on the environment and natural resources, zeroing in on issues such as climate change, wildlife trafficking, and natural disasters.

Foeke Postma is a researcher and trainer at Bellingcat. He has a background in conflict analysis and resolution and is particularly interested in environmental, military, and LGBT+ issues.

Moderator James Fahn is the executive director of Internews’ Earth Journalism Network and a lecturer on environmental reporting at the School of Journalism at the University of California at Berkeley.

This webinar is a partnership with the Global Initiative Against Transnational Organized Crime.

The webinar will include Bangla interpretation.