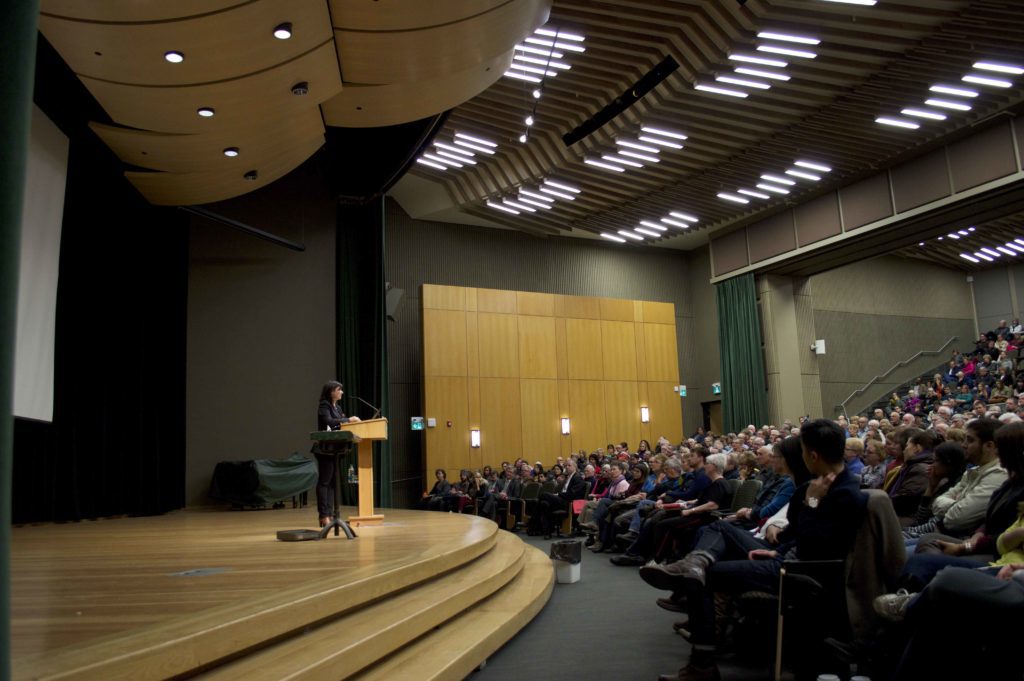 The School of Journalism’s 37th Minifie Lecturer is Peter Mansbridge. He is the first-ever lecturer to be asked to return a second time, to book-end the insights gained over a long career in Canadian broadcast news.

Peter Mansbridge is one of Canada’s most respected and recognizable figures. For five decades, including 29 years as anchor of CBC’s The National, he has guided us through the political, economic, and cultural events that have shaped the country. Unsurprisingly, he’s also a great public speaker. In keynotes, he highlights the very real contribution of Canada, and its citizens, in building a better world.

Mansbridge’s sterling career at the CBC is without precedent. He served as the chief correspondent of CBC News, helmed its flagship show The National, anchored all CBC News specials, and hosted the intelligent interview show Mansbridge: One on One. For his work, Mansbridge has received over a dozen national awards for broadcast excellence—yet for all the accolades, he remains an astoundingly grounded individual, with a gentle humour and trademark integrity. Reflecting back on his journalism career, which has taken him across the country and the planet, he told CBC’s The Current, “When you hear from others about their perceptions of Canada, it opens your eyes about the country you live in. You learn things about yourself you didn’t know.”

Away from the news desk, Mansbridge has been recognized by leading universities in the United States, the United Kingdom, and, of course, Canada. He’s been a Fellow at Yale, has lectured at Oxford, was named Chancellor of Mount Allison University, and is a recipient of the Queen Elizabeth II Diamond Jubilee Medal. Mansbridge has received 13 honorary doctorates, including his latest, in 2017, from McMaster University, where he told graduates that, “We need to face disagreements and divisions head on, but with passion and conviction and respect.” Mansbridge was also named an Officer of the Order of Canada—one of the country’s highest civilian honours—for his “contributions to broadcasting, for his commitment to helping Canadians better understand their country and the world, and for his dedication to literacy and Canada’s youth.”

Known for his trademark voice and unflappable onscreen presence, Mansbridge has also found success as an author. His book Mansbridge: One on One was a national bestseller, and he’s penned contributions to The 100 Photos That Changed Canada, Canada’s Great War Album, and the ambitious essay collection 100 Days That Changed Canada.