Missing from the Village with Justin Ling 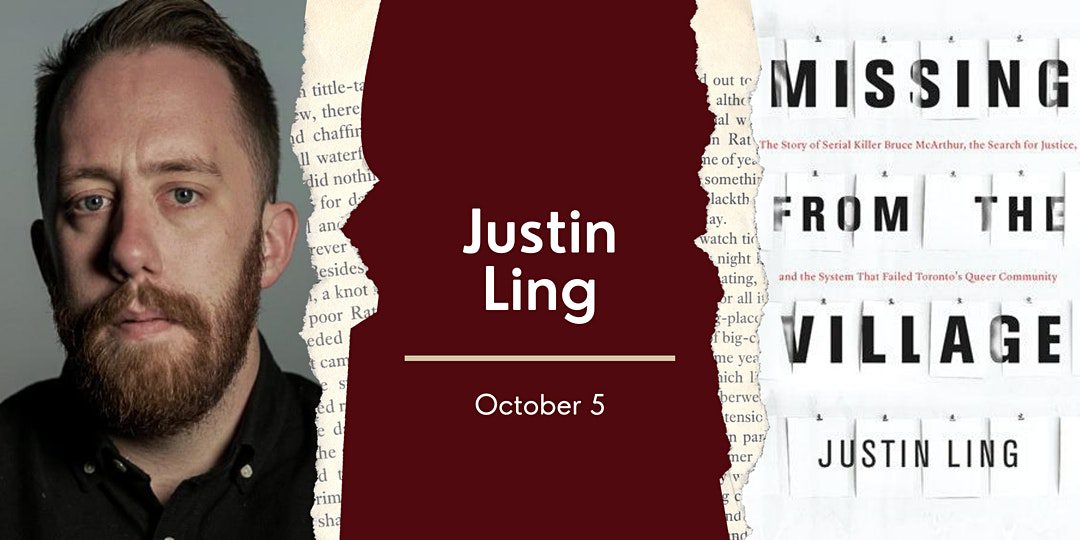 Join us for a live conversation with Justin Ling, hosted by Matthew Pearson.

Matthew Pearson hosts a conversation with Justin Ling on his book Missing from the Village, discussing the tragic and resonant story of the disappearance of eight men—the victims of serial killer Bruce McArthur—from Toronto’s queer community. Presented in partnership with the Ottawa International Writer’s Festival and Library and Archives Canada.

You can attend via Zoom (please register to receive the link) or by Facebook Live (link will be made available the week before).

In 2013, the Toronto Police Service announced that the disappearances of three men—Skandaraj Navaratnam, Abdulbasir Faizi, and Majeed Kayhan—from Toronto’s gay village were, perhaps, linked. When the leads ran dry, the investigation was shut down, on paper classified as “open but suspended.” By 2015, investigative journalist Justin Ling had begun to retrace investigators’ steps, convinced there was evidence of a serial killer. Meanwhile, more men would go missing, and police would continue to deny that there was a threat to the community. On January 18, 2018, Bruce McArthur, a landscaper, was arrested on suspicion of first-degree murder. In February 2019, he was sentenced to life in prison for the murders of eight men.

This extraordinary book tells the complete story of the McArthur murders. Based on more than five years of in-depth reporting, this is also a story of police failure, of how the queer community responded, and the story of the eight men who went missing and the lives they left behind. In telling that story, Justin Ling uncovers the latent homophobia and racism that kept this case unsolved and unseen. This gripping book reveals how police agencies across the country fail to treat missing persons cases seriously, and how policies and laws, written at every level of government, pushed McArthur’s victims out of the light and into the shadows.

We encourage our audiences to read widely, and shop (or borrow) locally. A limited number of signed books are available from our friends at Perfect Books.