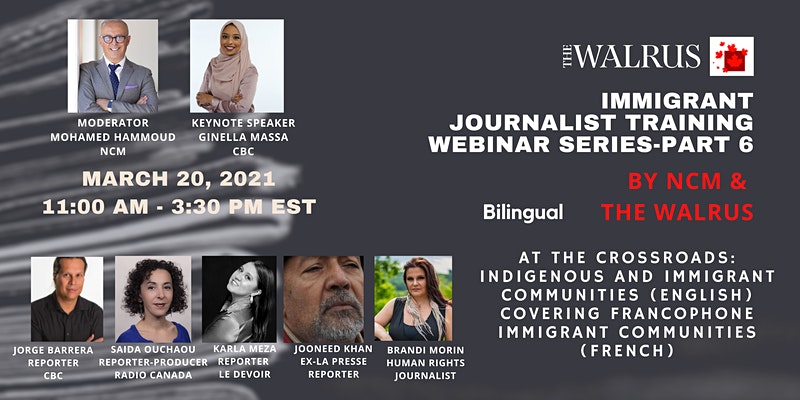 This will be a bilingual event, with the first session in English and the second in French.

You are welcome to attend one or both of the sessions.

The first session will be At the crossroads: Indigenous and Immigrant communities with Jorge Barrera, Reporter for CBC’s Indigenous Unit in Ottawa and Brandi Morin, Awarded Human Rights Journalist.

The second session will be Covering Francophone Immigrant Communities. Session presenters include:

The first part of the webinar will be moderated by NCM’s Chief Learning Officer, Mohamed Hammoud. Ginella Massa, the host of CANADA TONIGHT WITH GINELLA MASSA on CBC will be present as keynote speaker.