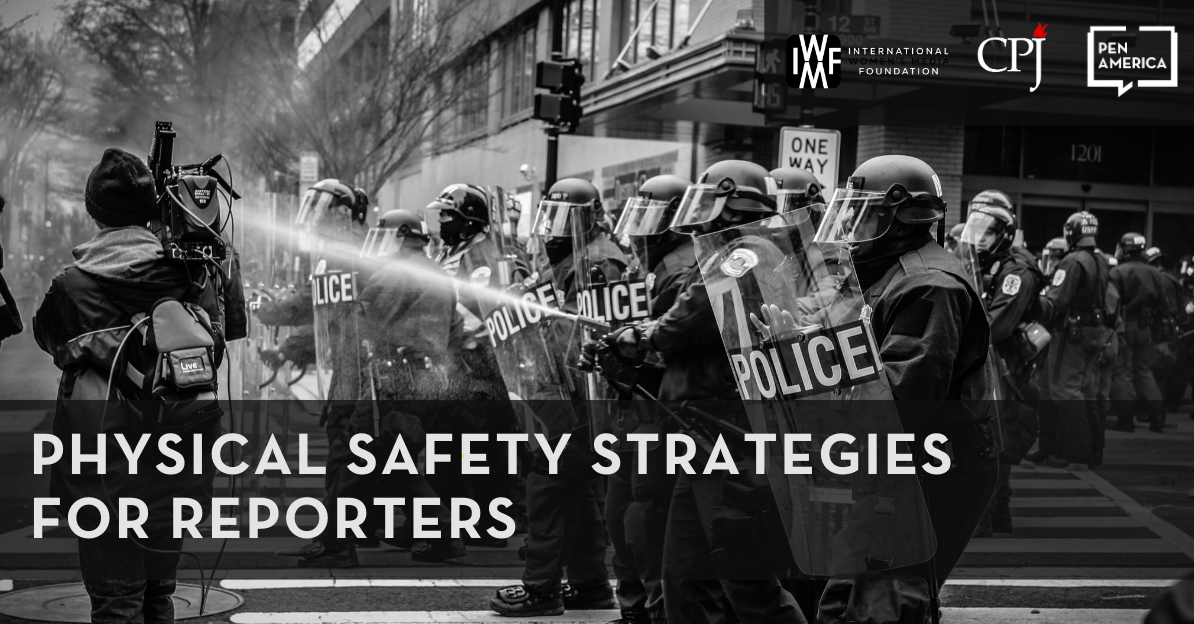 As part of PEN America’s Covering Protests series, this webinar—co-hosted by the International Women’s Media Foundation (IWMF) and the Committee to Protect Journalists (CPJ)—will be led by journalist safety experts Alison Baskerville, Colin Pereira, and Donte Stewart. The training will highlight strategies to help journalists stay physically safer while covering protests during a pandemic, including guidance specifically tailored to situations that journalists of color and women journalists may encounter in the field. With time for Q&A.

Alison Baskerville is a former soldier-turned safety trainer and documentary photographer. She is founder of the safety training movement ROAAAR. Her work centers on building resilience in journalism for womxn and non binary people and she strives to create training and guidance which considers identity – including gender, sexuality and race – as a key concern. She has covered demonstrations and protests as a photojournalist and has experience working in war zones within Afghanistan, Iraq, and Gaza.

Colin Pereira works with CPJ Emergencies as the chief strategist on journalist safety. For 15 years, he has worked to shape the risk management model for journalists under threat. Pereira has advised press teams covering wars, natural disasters, terrorism, and riots globally, and has worked on high-risk investigations.

Donte Stewart is senior director of security at Vox Media, where he leads security and anti-harassment efforts. Stewart most recently spent nearly six years working in risk intelligence at the Bill & Melinda Gates Foundation, and prior to that, he served as an intelligence officer at the Central Intelligence Agency.

Amid sustained protests against police brutality in the United States over the past several weeks, the U.S. Press Freedom Tracker has recorded over 300 press freedom violations, including over 50 arrests and over 200 assaults against reporters. The majority of this intimidation and abuse has been perpetrated by the police. In response, PEN America has partnered with leading press freedom organizations to organize a series of free webinars to empower ​journalists to take care of their safety and well being as they ​cover the protests.