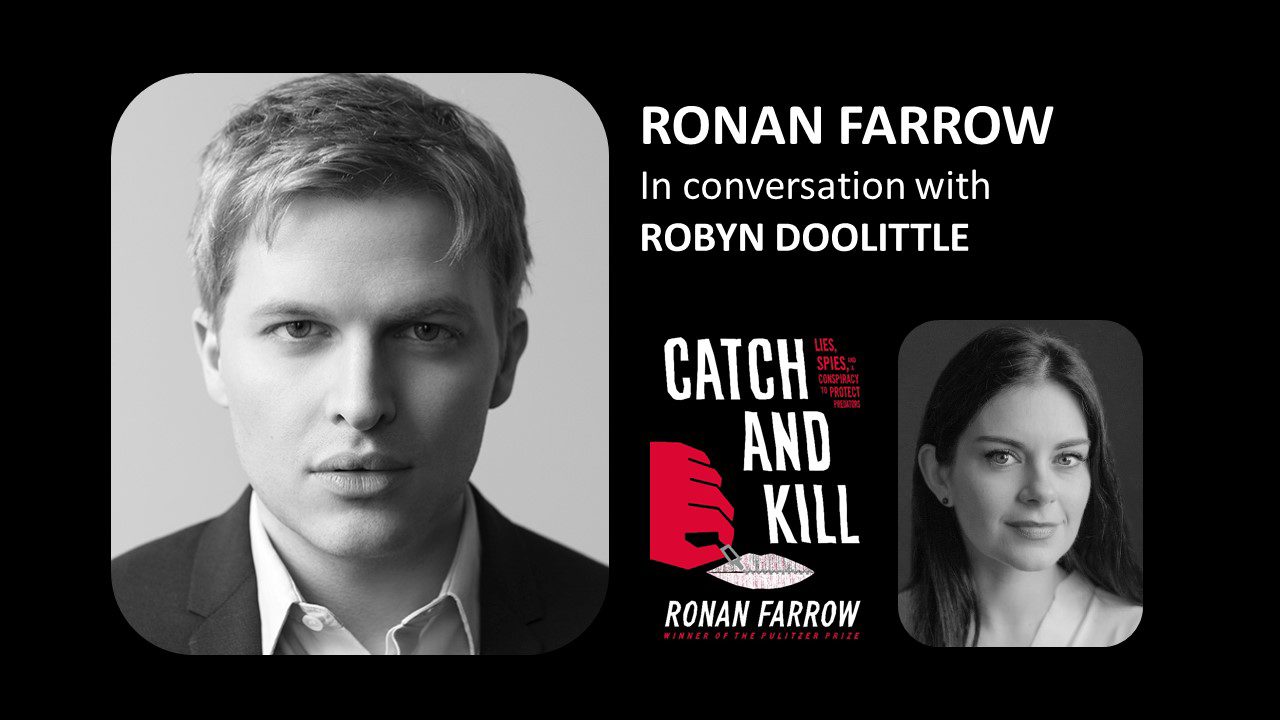 In his book Catch and Kill: Lies, Spies, and a Conspiracy to Protect Predators, Ronan Farrow sheds light on the stranger-than-fiction challenges of reporting on his Pulitzer Prize-winning New Yorker exposé of one of Hollywood’s most powerful producers. Farrow reveals the inexplicable resistance he faced from the major television network where he worked and how he himself became the target of intimidation tactics as he got closer to the truth, the conspiracies and the cover-ups—similar strategies long deployed to silence victims of sexual abuse. Join Farrow in conversation with Globe and Mail investigative reporter Robyn Doolittle, author of Had It Coming: What’s Fair in the Age of #MeToo?

Each ticket purchase includes a copy of Ronan Farrow’s book Catch and Kill.