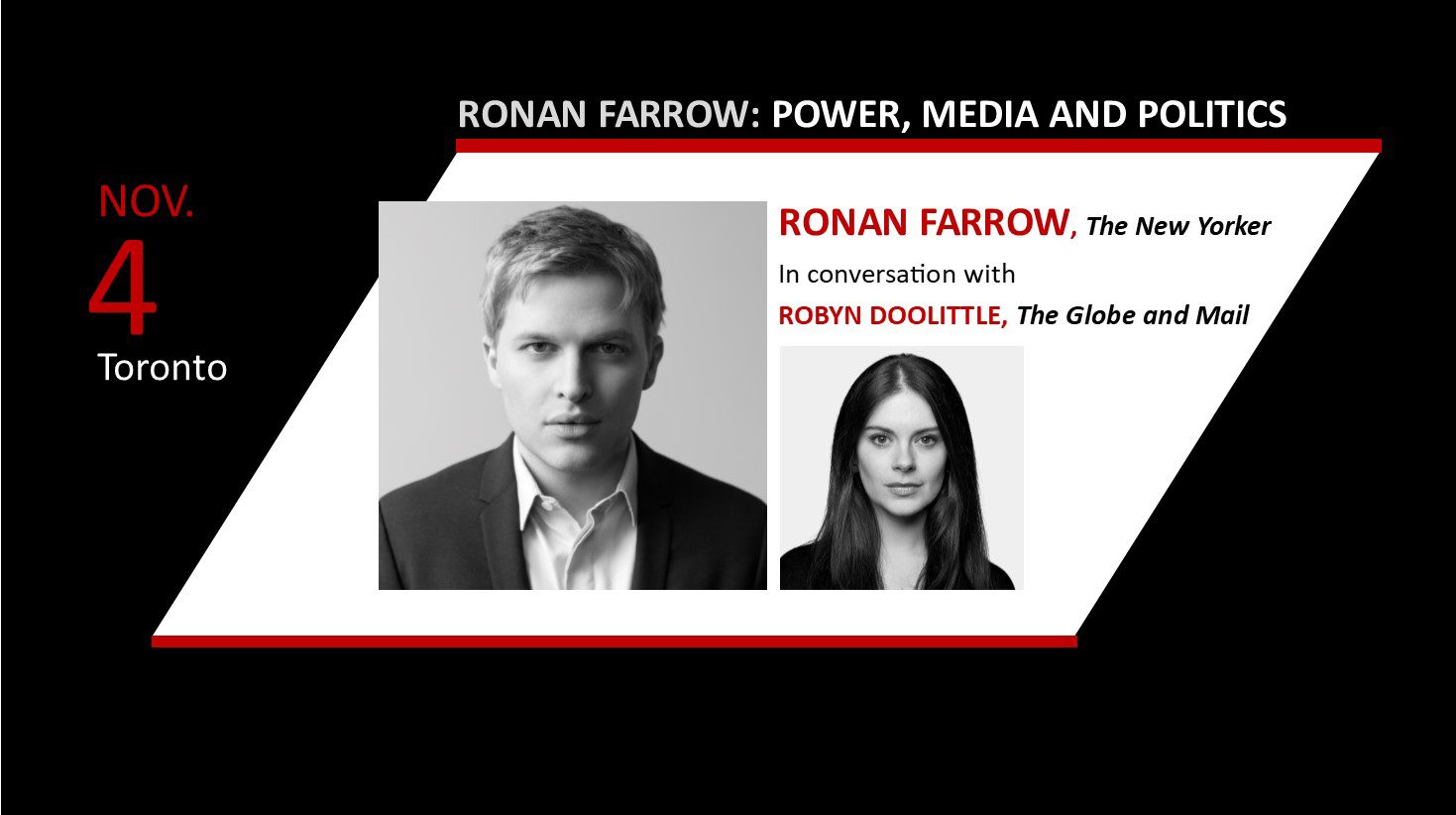 Beginning with last year’s explosive Pulitzer Prize-winning New Yorker investigation on movie mogul Harvey Weinstein’s history of sexual assault, and continuing with his recent reports exposing similar allegations against CBS head Les Moonves, Ronan Farrow has become a leading journalist in exposing how influential figures in media and politics abuse power and hide sexual misconduct. For his role in exposing Weinstein and helping spur the #MeToo movement, Farrow was the recipient of the 2018 CJF Special Citation for excellence in journalism.

In Farrow’s bestselling book, War on Peace: The End of Diplomacy and the Decline of American Influence, the former diplomat pivots to a different realm of power, that of America’s influence abroad. Hear Farrow’s take on the challenge of changing cultures and power dynamics, in conversation with Robyn Doolittle, investigative reporter with The Globe and Mail.