Susanne Craig – How Trump Got Rich: The Real Story 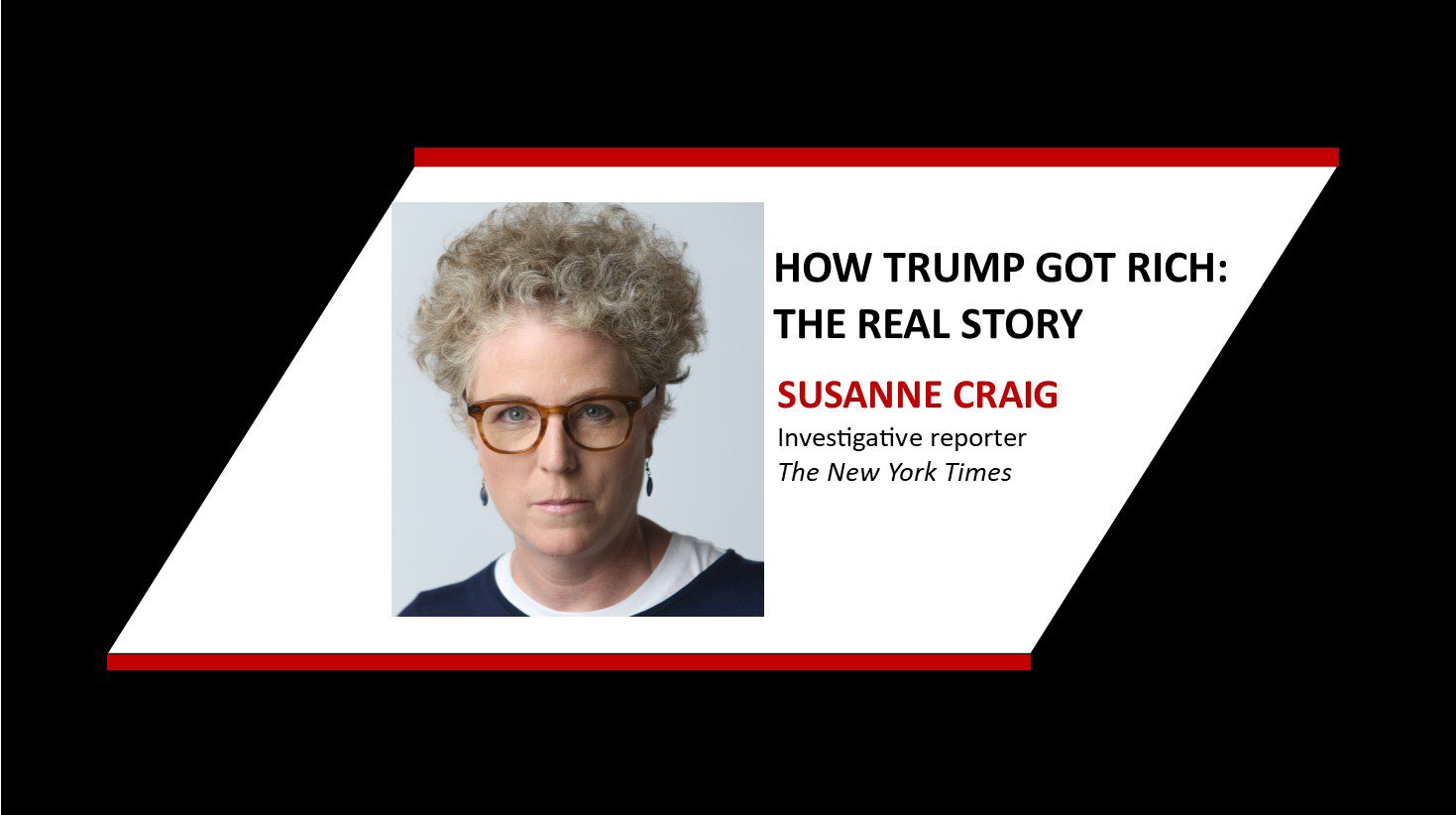 With her recent bombshell New York Times front-page story, investigative reporter Susanne Craig helped debunk President Trump’s claim of being a self-made billionaire. For more than a year, Craig and two colleagues followed an unwieldy paper trail, documenting deliberate tax maneuvers that increased the wealth Trump received from his parents, including acts of outright fraud. Craig discusses the complexities of reporting on Trump, money, and politics in this conversation with investigative journalist Julian Sher.