Three Things: What a Weird Idea the Tyee Seemed When It Started. And Other Reflections from Founder David Beers 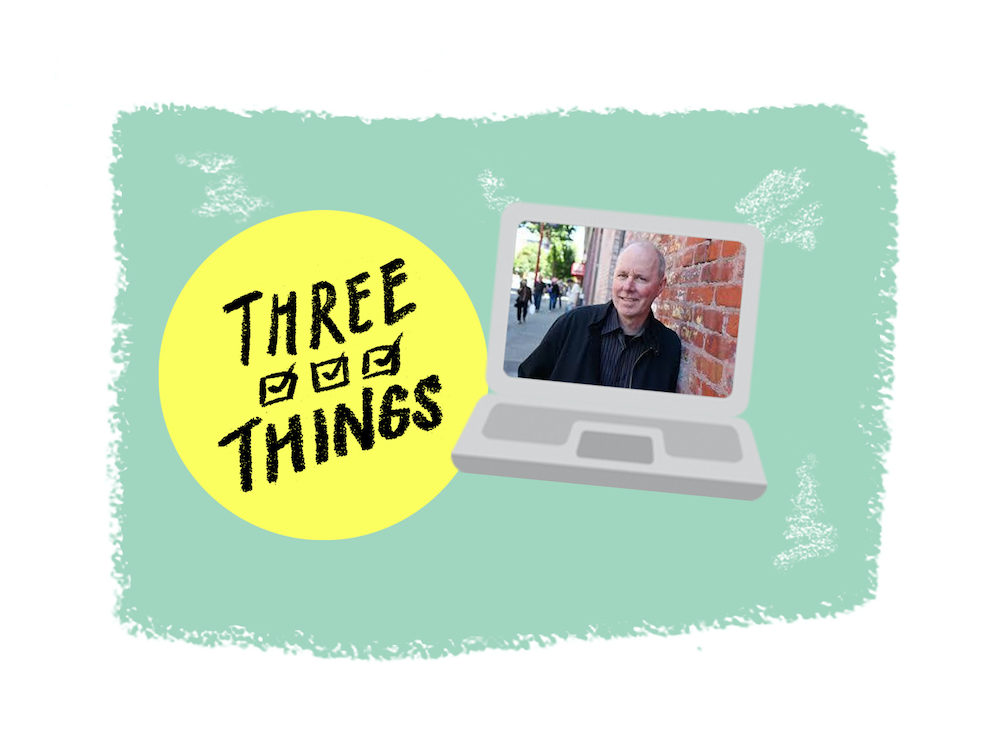 For the past two months I’ve had the weekly pleasure of hosting short, livestreamed conversations with the folks in The Tyee family about what they are thinking and writing about. They have been snappy and condensed conversational joy (you can watch past interviews here), but anyone who knows The Tyee’s founding editor, David Beers, understands that his anecdotes are unconstrained by time in the minute-counting sense.

Plus, we will be talking about two of his favourite things, The Tyee’s wild ride, and solutions reporting. All this to say, we might run long.

Beers started The Tyee in 2003, after parting ways with the Sun. Frustrated by the way distant corporate ownership beholden to big advertisers skewed news content, he wanted to demonstrate there could be new alternatives. Beers thought the internet looked like a coming thing — and this was before Facebook, Twitter, mobile devices, etc.

While discussing how journalism can be done in ways that don’t cause feelings of helplessness and fatigue, expect Beers to tell a few stories about The Tyee’s early days. After all, The Tyee is itself a solutions experiment — a different model for doing substantive journalism, independent, devoted to the region where it is rooted, and answerable not to advertisers but the readers who help support it with their intelligence, tips and financial support. Back in 2003 it seemed a pretty crazy idea to launch such a thing on the newfangled internet. What were Beers and the small band of Tyeesters back then thinking? Did he have hair back then? Does he blame digital journalism for not having much, if any now?

Tune in Wednesday, July 22 at 1 p.m. PST for a chat with David Beers about the past, present and future of The Tyee through the lens of solutions journalism. Register here for the webinar or follow us on Facebook and YouTube where the livestream will be broadcast.