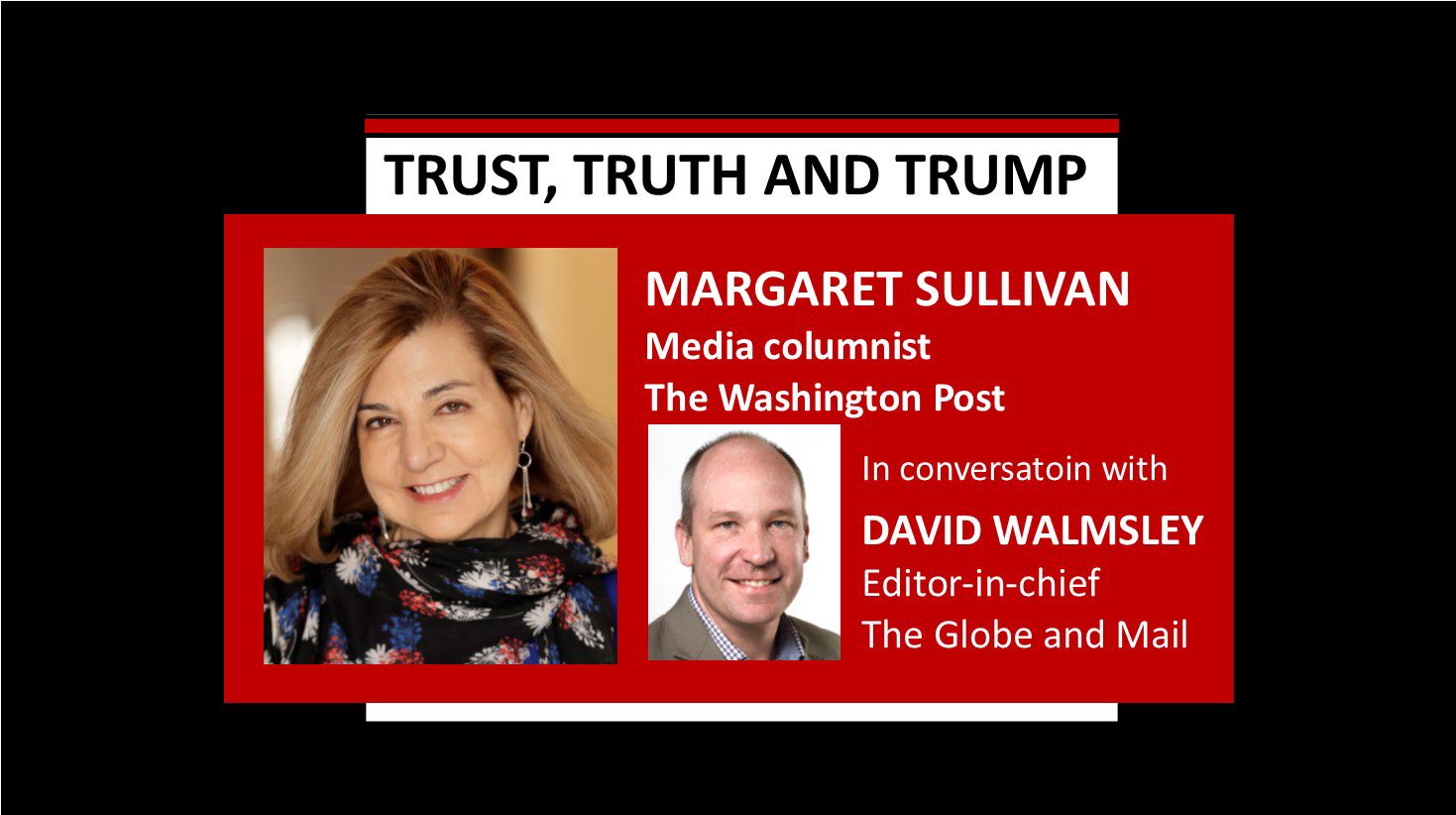 Margaret Sullivan became The Washington Post’s media columnist in 2016 – the same year Donald Trump was elected president. Since then, she’s cast her critic’s eye across the journalism landscape: from the troubling “conjoined twins” relationship between Trump and Fox News, to the coverage of potential U.S. presidential candidates, to the press-freedom issues surrounding WikiLeaks founder Julian Assange. Her career includes being public editor of The New York Times and the first female editor of The Buffalo News. Join Sullivan for this conversation on U.S. politics and the media with David Walmsley, editor-in-chief of The Globe and Mail.