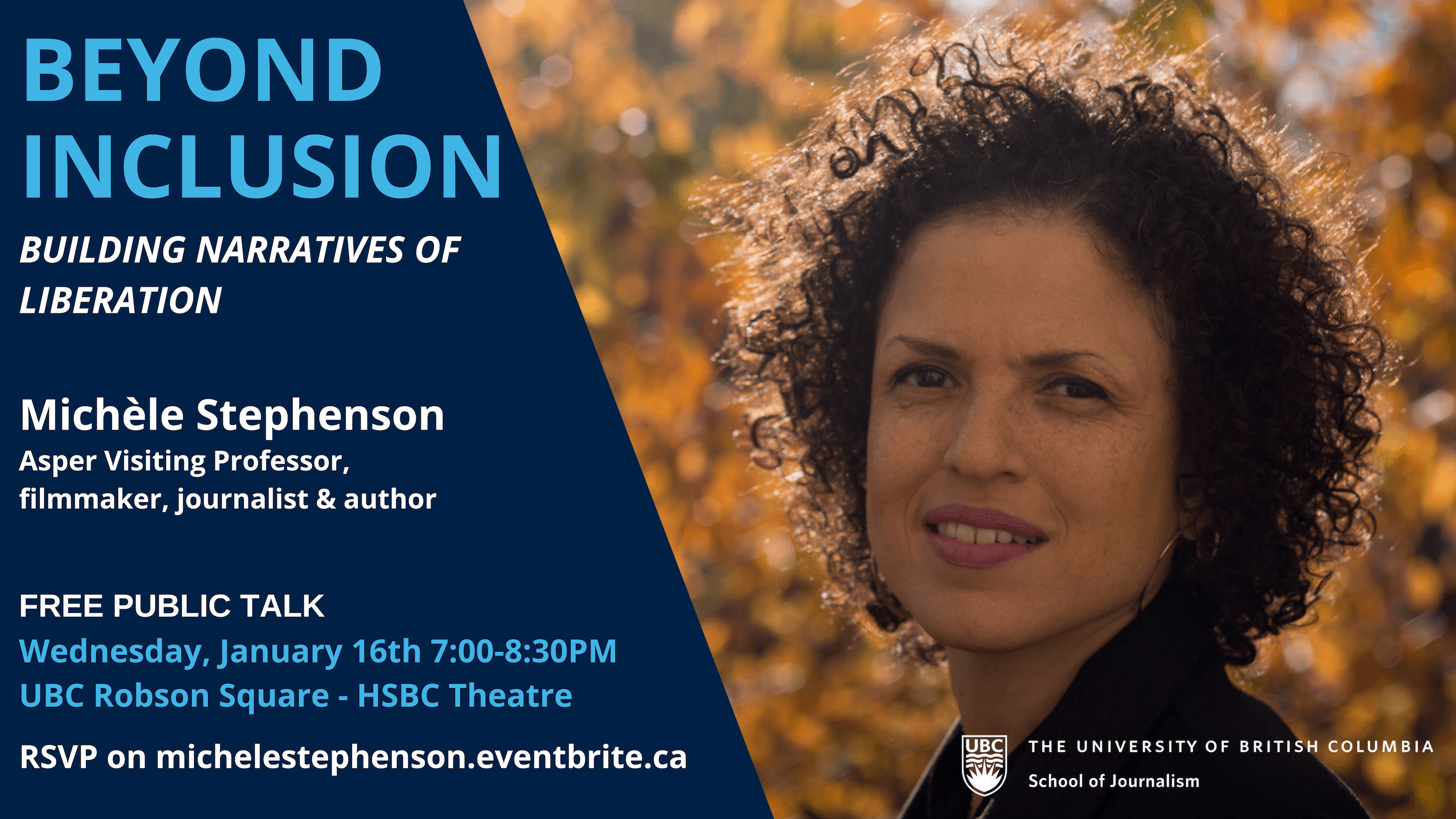 In Beyond Inclusion: Building Narratives of Liberation Stephenson muses on how her personal life experiences have shaped not only the art or work she does or how she sees the world, but how they have required her to be accountable for her actions – conscious or not. Can we achieve personal or social transformation without interrogating our own complicity in maintaining inequitable structures we are a part of? Filmmaker, artist and author Stephenson thinks not. But we also have the capacity to grow and contribute to positive change when we question our practice as storytellers reflecting the world around us.

About Michèle Stephenson:
Michèle Stephenson is a Haitian filmmaker and former human rights attorney who is committed to making personal human stories that are too often excluded from mainstream media. With spouse Joe Brewster, they founded the Rada Film Group with a mission of telling stories about communities that have been neglected. They produced the award-winning documentary, American Promise, which premiered at the 2013 Sundance Film Festival and won the Special Jury Prize for Excellence in Filmmaking, and numerous other awards. Stephenson’s work has appeared on PBS, Showtime, MTV and other outlets.