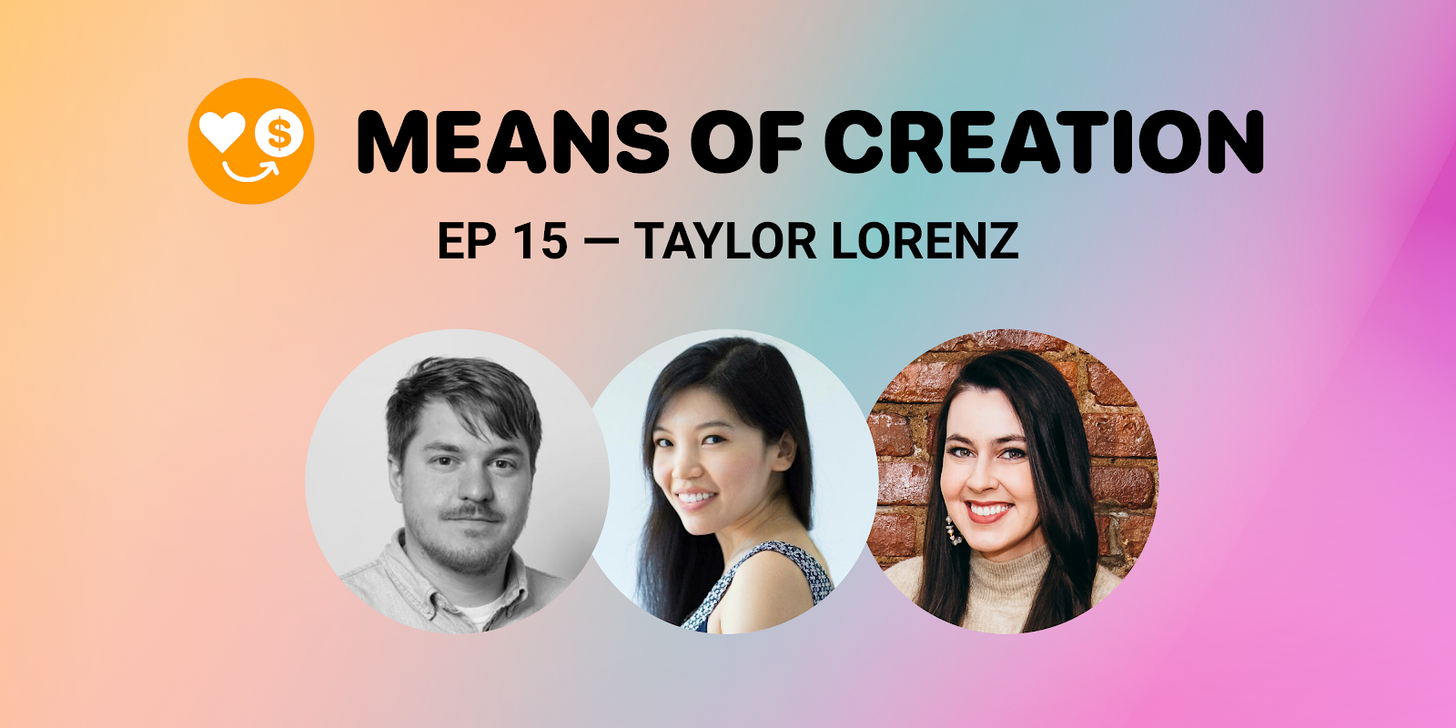 This week on Means of Creation we are welcoming the one and only Taylor Lorenz!

Taylor is a highly talented and respected journalist who covers internet culture and technology at the New York Times. She has written about topics such as the relationship between influencers and their followers, the Gen Z Mafia (a Discord community of young builders and creators), and the rise of popular multiplayer game Among Us. Before the New York Times, Taylor wrote for The Atlantic, The Daily Beast, and others.

We’re particularly excited to have Taylor on the show because she understands the creator ecosystem as well as anyone we know. In this interview, we are going to talk to Taylor about:

Join us live on Zoom on Friday

We’re talking to Taylor this Friday, October 23rd at 11:00am PST, 2:00pm EST. Join us and be sure to bring your best questions!