When the Press Badge Doesn’t Protect You 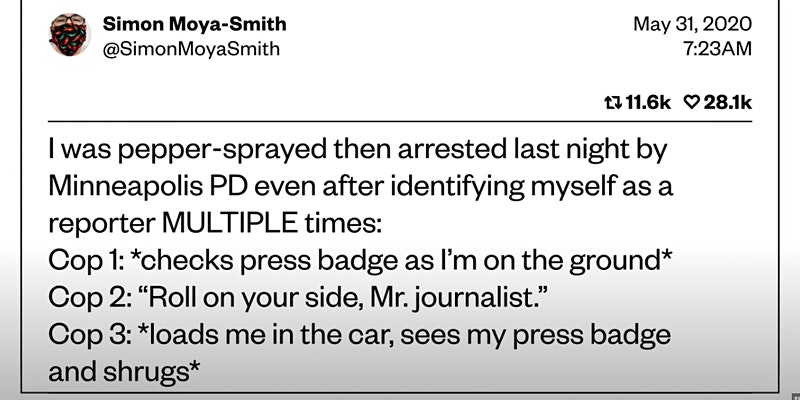 During the protests that followed the death of George Floyd, there were widespread incidents of journalists being attacked or arrested by police despite identifying themselves as press. The U.S. Press Freedom Tracker reports more than 430 aggressions against reporters during these protests. This online program will offer firsthand accounts of such attacks as well as commentary on the incidents during the protests. Confirmed speakers:

Kirstin McCudden with Freedom of the Press Foundation