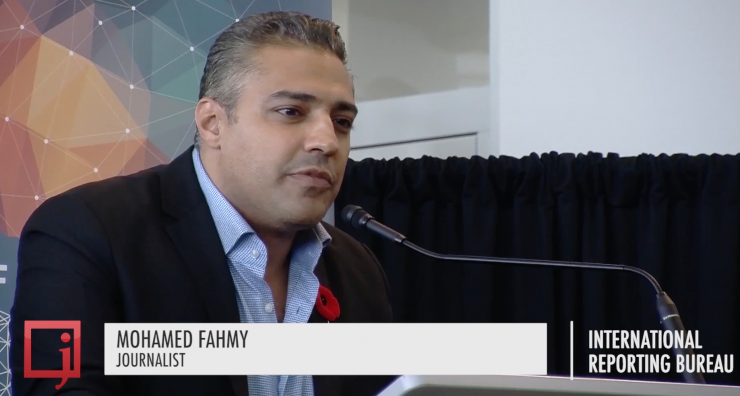 Journalist Mohamed Fahmy speaks about the dangers of freelancers reporting overseas and the issues surrounding rights for citizens who are jailed abroad.

Mohamed Fahmy has only been on Canadian soil for a matter of months, but he is already poised to fight for changes in how Canadian officials advocate for citizens imprisoned abroad.

Fahmy, the former Cairo bureau chief for Al-Jazeera, was arrested with two other colleagues on terror-related charges in 2013. While being detained, Fahmy feared he would lose his status as a Canadian due in part to a Conservative law that could strip citizenship for an individual convicted of espionage, treason and terrorism.

With help from Amnesty International and his lawyers, Fahmy is in the midst of drafting a proposed charter that he hopes will be adopted by the Trudeau government. The charter highlights the importance of citizen rights and how the government can better deal with Canadian nationals arrested abroad.

During a presentation at Humber College on Nov. 10, Fahmy touched on the dangers of freelancing and his optimism concerning the new Liberal government.