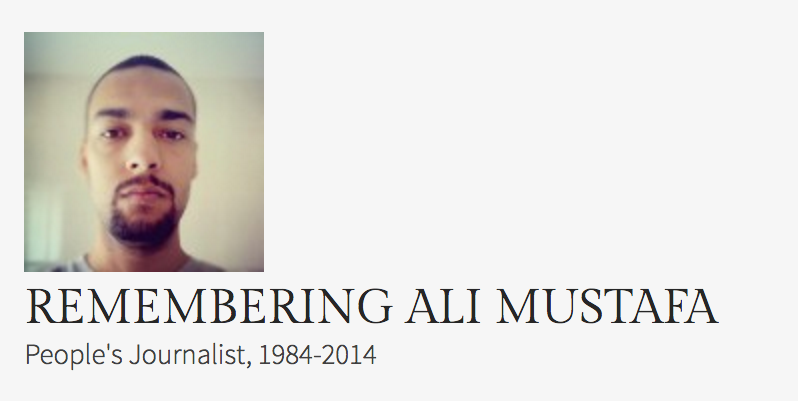 Tanya K. Bindra will use $3,000-award to tell stories of sexual assault survivors in New Delhi.

It’s been two years since photojournalist Ali Mustafa was killed in Syria.

He was in a rebel-held area of Aleppo on March 9, 2014, “photographing the destruction and helping those who had just moments earlier been hit by a barrel bomb,” according to the Remembering Ali Mustafa website, and was getting by selling his photographs to international agencies.

“He struggled with getting any decent remuneration for his work at all,” datejie green, a member of the Ali Mustafa Memorial Collective, told J-Source.

The collective first formed to raise enough funds to bring Mustafa’s remains back to Canada and pay for his funeral. However, they raised more than their intended goal, leaving them with enough money to establish the Ali Mustafa Memorial Award. “We wanted to continue to using [the money] towards actions that would kind of pay tribute to the sentiment that people gave the money in,” said green.

The inaugural award will go to Tanya K. Bindra, a journalist who will travel to New Delhi, India, to photograph and tell the stories of survivors of sexual assaults who are making their way through the legal system. “I have been interested in documenting the intersections between legal theory and social justice since I started doing advocacy work at a sexual assault centre almost [six] years ago,” she said in a press release.

The plan now is to ensure that the Ali Mustafa Memorial Collective can give out the award annually.

Photojournalists often face high levels of employment precarity. Mustafa himself was a freelancer, which left him without the protections other full-time employed journalists receive when going into high-risk areas.

The $3,000 included with the award can be used for a number of things the winner may need to complete their project—including training to go into high-risk areas. Bindra will also get a one-year freelance membership in the Canadian Media Guild and professional membership in the News Photographers Association of Canada.

It’s a way of not only keeping Mustafa’s memory alive, but, green said, of continuing to raise awareness about the precarious situation faced by freelancers, in conflict zones and elsewhere.

An exhibition of Mustafa’s work is currently being held at Beit Zatoun, 612 Markham St. in Toronto until April 3. To support the Ali Mustafa Memorial Collective’s work, visit their Patreon page. 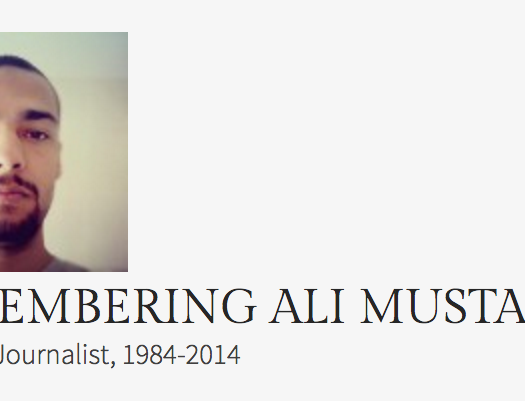