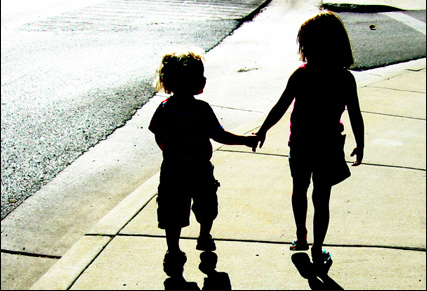 Four things every journalist should know before writing about autism

Every week a new study on autism seems to surface, and too often there are errors or critical omissions in some of the media coverage on the topic.

Every week a new study on autism seems to surface, and too often there are errors or critical omissions in some of the media coverage on the topic. As mothers of sons with autism, and individuals who work in the health policy field, we thought it would be important to share a few essentials that every journalist covering the topic should know.

Autism is not a mental illness, a mental health condition or a learning disability

There is no cure for autism, though there are several evidence-based interventions that can help address the challenges those with autism face.

The rate of autism in Canada is not yet fully known, but we have recent estimates

Canadian media reports often cite autism rates from the United States. Research from the U.S. Autism and Developmental Disabilities Monitoring (ADDM) Network at the Centres for Disease Control and Prevention estimate 1 in 68 children in America has ASD. Since autism is five times more prevalent in boys than girls, they estimate 1 in 42 boys and 1 in 189 girls has ASD in the U.S.

So what are the rates in Canada?  And are they on the rise?

“Our best estimate at this time is that ASD affects 1 in 94 children six to nine years of age,” according to Dr. Hélène Ouellette-Kuntz, Professor in the Department of Health Sciences at Queen’s University and Director of The National Epidemiologic Database for the Study of Autism in Canada (NEDSAC).  This estimate is based on diagnostic and services data from Newfoundland and Labrador, Prince Edward Island and Southeastern Ontario from 2003 to 2010.

What we know so far from NEDSAC published materials suggests that autism rates are on the rise in Canada, though they vary widely across the studied regions. Even when you factor in increases due to the identification of previously undetected cases or diagnostic substitution (conditions that used to be labelled something else now being called autism), “we cannot rule out the possibility of a true increase in incidence,” says Dr. Ouellete-Kuntz.

Families can often wait several years to access autism services covered by the public healthcare system.  Government support for such services are widely uneven across the country.

It is not uncommon for families to wait several years to receive a diagnosis of autism for their child from publicly funded health services in most provinces. And once a child is diagnosed, interventions with a strong evidence base, such as behavioural therapy, speech therapy and occupational therapy, have wait times of several months up to several years in most places across the country. Once services are received, families have access to these therapies for only limited time periods and often beyond the window of time that most experts believe optimal. A recent comprehensive national autism needs assessment survey of caretakers and professionals found autism families in Canada struggling under inadequate health and educational supports.

The wide range in disparity of publicly funded services for autism across the country has  even generated a kind of medical migration, with several published accounts of families leaving their home provinces (most commonly, Atlantic provinces, Ontario and Quebec) to move to Alberta or British Columbia, where autism services are more readily available and/or more flexible. It is also no longer uncommon to find Canadian families using crowdsourcing campaigns to fund their children’s autism and related therapies.

Many organizations and affected families across the country have been calling for a National Autism Strategy to address the critical lapses in health coverage.  Recently the federal government appointed a new “Autism Spectrum Disorder Working Group” with a two million dollar budget to develop a plan for a “Canadian Autism Partnership” that will address autism research, information sharing, early detection, diagnosis and treatment, among other issues.

“Person with autism” or “autistic”?

So should you say someone is “autistic,” or “has autism”—or does it matter? For most medical disorders, the usual rule is to refer to the person first, followed by the condition (e.g., person with Down Syndrome, person with Cerebral Palsy) because the disability does not define the individual.

Similarly, many affected families prefer the descriptor “someone with autism,” since the individual is greater than their diagnosis. Specific traits can be described as autistic, such as hand flapping, but not the person.

However, there is also a growing movement—often referred to as the neuro-diversity movement—among those diagnosed with autism and other neurological disorders that prefers the label autistic for the person, since they believe you cannot separate the individual from the autism.

If possible, opt for the preference of the affected person or families.  But better still, refer to the individual by name.

Kathleen O’Grady is a Research Associate at the Simone de Beauvoir Institute, Concordia University and Managing Editor of EvidenceNetwork.ca.  She has two young sons, one with autism.  You can follow her on Twitter at @kathleenogrady.

Anne Jovanovic is a political scientist.  She is a parent to a step-son and a son; the latter has an autism diagnosis.  You can follow her on Twitter at @ajrahming.