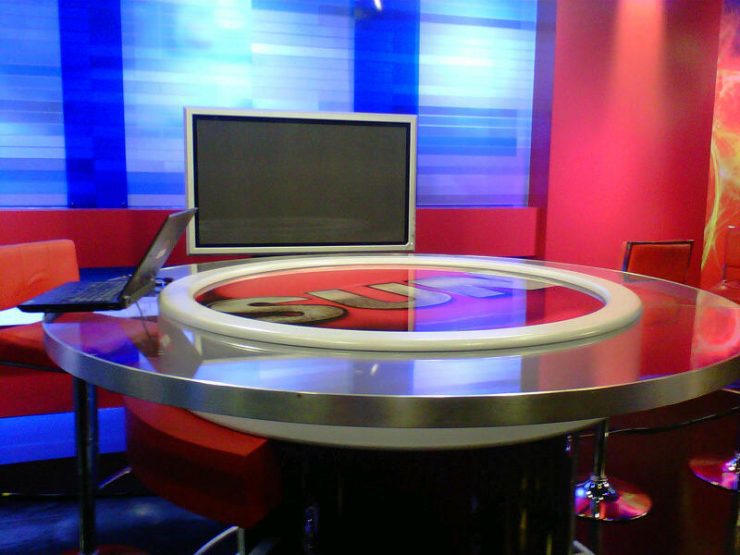 From the ground up: Building the SUN News Network

Dayna Gourley has worked in television news for over 15 years, but helping to launch the Sun News Network could be the biggest challenge she's ever faced.

Dayna Gourley has worked in television news for over 15 years, but helping to launch the Sun News Network could be the biggest challenge she's ever faced.

They say a little hard work goes a long way. That is not always the case in television news. You can do everything right, plan for every event, and still things will go wrong.  It may be technical and completely out of your control, or it could be an oversight; even a slip of the hand can turn your hard work into an on-air mistake. It takes a team to pull a vision together. And that is also true of starting a new television news station.

I left my position as Senior Producer at Global Toronto to join Sun News Network in March of this year. It was a rare opportunity. There are only a handful of new station launches and I wanted to be a part of something that was built from the ground up. Like others in this business, I heard the rumours and gossip: “It’s going to be Fox News north”; “you have to be a Conservative to work there”; “it won’t last”; and “they have no money”.

Sometimes, you have to ignore what “they” say and go with your gut. From the moment I stepped through the doors of 25 Ontario Street, I could feel the energy, the excitement of something new, and the resulting nervousness. After all, we were turning a local tabloid style newspaper chain into a national television network. The vision: Provocative, opinionated, controversial, and truly Canadian.

It was my job to help create and develop daytime news programming. Creating is the fun part. The hard part is figuring out how to create and build a functioning newsroom with an entirely new group of people, some of whom have never before worked in TV news. Who requests the ENG shoots and communicates with the papers? Who will be our contributors/guests? How do we request graphics? How are two writer/editors going to write and edit two, two hour news shows?  Let me say, it’s a work in progress. No one has all the answers. A lot is trial and error.

I came into Sun News with my eyes wide open. I knew it was going to be a lot of blood, sweat, and tears. That may sound dramatic, but it’s close to the truth. Days before we launched, I was working between fourteen and sixteen hours per day. I'm not sure what came over me, but during the middle of a rehearsal I had to run from the control room to be sick. I ended up running back to finish the show. I wasn’t alone. A week or two after launch, my colleague and fellow Senior Producer ended up in the emergency room. It turned out to be a bad infection but he was back to work within a couple of days. Some may call that dedication, others stupidity. We were just determined to finish what we had started.

This was not your average launch. The same week Sun News went on the air, there was a Royal Wedding and a federal election. The very next day, Osama bin laden, the world’s most wanted man, was killed during a covert operation. So, to say we made it is an understatement. What this very small team accomplished was and is incredible.

I continue to be amazed by my team, my colleagues, and the people at Sun News Network. From newspaper photographers shooting video to technical directors operating remote cameras, we are all doing more with less. Perhaps that is something we all have to get use to in this business.

I still don’t have all the answers. Sun News is still a work in progress and every day I am reevaluating what needs to be finessed, changed, and fixed. What I’ve learned in my more than 15 years working in television is that you have to celebrate the small things. Even a minor accomplishment is still an accomplishment.

Dayna Gourley is a Senior Producer with the SUN News Network. She previously worked at Global News and Citytv in Toronto.