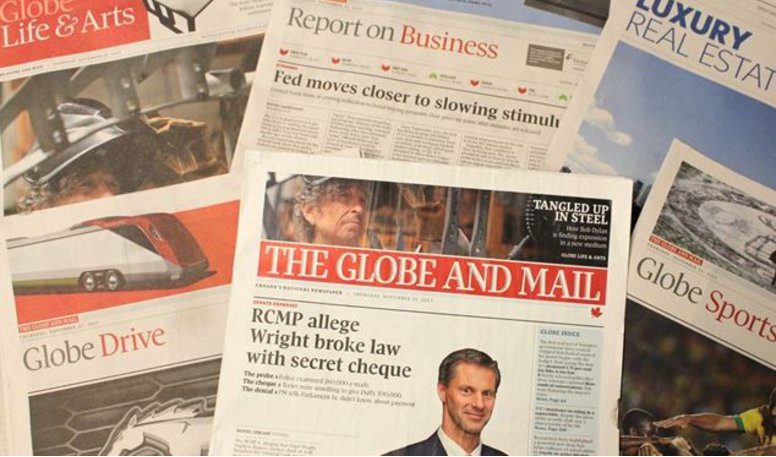 Globe and Mail Public Editor: Trump, truth and the journalistic endeavour: The Globe’s readers weigh in

It’s a new world of journalism. It’s time for journalists to rethink how they work. The Globe’s readers have said what they want to see

The President of the United States has declared a “running war with the media.”

He called journalists “among the most dishonest human beings on Earth” for their accurate reporting that the crowds at his inauguration were smaller than at Obama’s eight years ago.

His newly installed press secretary, Sean Spicer, in the briefing room in the White House, falsely said last week saw “the largest audience to ever witness an inauguration – period – both in person and around the globe.” On NBC on Sunday, Chuck Todd of Meet the Press asked Mr. Trump’s aide Kellyanne Conway why Mr. Spicer had uttered “a provable falsehood.” Her response? Mr. Spicer had been presenting “alternative facts.” (After that statement, sales of George Orwell’s 1984 soared to sixth on the Amazon list.)

We are living in a new world for journalism and it is time for journalists to rethink how they work. Readers of The Globe and Mail have said what they want to see.

1. Point out lies and falsehoods.

“When the U.S. energy secretary states that humans’ impact on global warming is still unknown, you nowhere in the headline or the article point out that this is a bald lie,” a reader from Victoria wrote. “To report this statement you need to note, in equally large print, that this is a mere anti-scientific claim. Otherwise, a man of such authority is likely to tempt people to believe a complete falsehood.” I would add you cannot just say something is false, the reporter must show, not just tell, how it is a lie.

Readers were upset earlier this month with the headline “Trump scores victory as Ford shelves plans for Mexican plant.” Headlines are incredibly difficult to write but their impact is large (huge?). The article said Ford’s plan allowed Donald Trump to claim a victory. In the headline, “claims” would have been a better verb than “scores.” “I am totally disgusted with your headline,” wrote one reader from Toronto. “Trump had nothing to do with Ford’s decision, but has merely taken credit for it … The media, especially in Canada, must keep his feet to the fire rather than unquestioningly repeating his false claims.” Another reader criticized a headline on Donald Trump’s inaugural speech which called it “historical.” “Words matter and the Globe seems to be getting more and more careless with them. That speech was certainly not historical; it was not even historic.”

3. Don’t be distracted by trivia.

“Did the issue of Donald Trump’s alleged germaphobia really merit the attention and resources of The Globe and Mail?” asked one reader. The reader is absolutely right – there are many more consequential stories to tell. Here’s another reader: “My subscription is valuable to me if I’m supporting the work of a free press, not more ‘infotainment’.”

Social networking on the WSJ