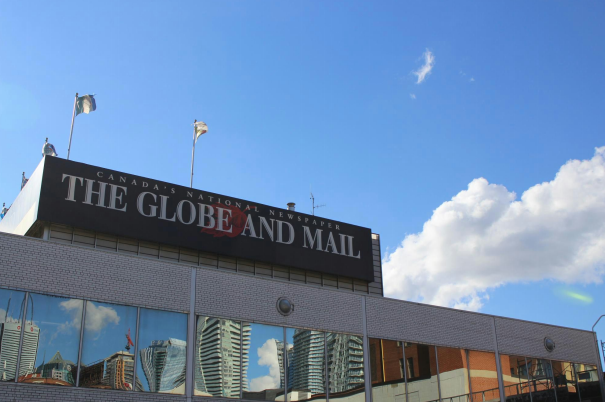 It is up to an editor to make a choice about which image best captures the subject or works best with the article.

Above is a photo that ran in The Globe and Mail on Saturday with an article noting the death of a most remarkable woman. Frances Kelsey, born in Canada, worked in the United States as a medical examiner. Imagine the drive and intelligence that it took in those days for a young woman from Vancouver Island to become the first candidate to obtain a PhD in pharmacology from the University of Chicago.

While working for the U.S. Food and Drug Administration, as a pharmacologist and medical doctor, she was concerned about the safety of the drug thalidomide and insisted on obtaining scientific evidence before approval was given for the drug’s use in the United States. She fought hard for proof that it could be used safely during pregnancy while the drug company was lobbying for its approval, but she held her ground. Of course, it wasn’t safe and in Canada, where it was approved, more than 100 infants were born with physical deformities.

Dr. Kelsey was a true hero. She was given the Distinguished Federal Civilian Service Award by U.S. president John F. Kennedy in 1962. She was also named a Member of the Order of Canada less than 24 hours before she died in London, Ont.

On Monday, a B.C. reader wrote in to object about the above photo taken recently by Michelle Siu. The reader, Lawrie McFarlane, said: “I am writing to add my voice to what I trust is a rising tide of indignation at the photograph of Dr. Frances Kelsey you saw fit to publish on the occasion of her death. Frances, in the bloom of her youth, single-handedly stared down the U.S. pharmaceutical industry, and refused to grant a licence to market thalidomide. Her bravery earned her the undying hatred of the drug firms, and a presidential citation from John F. Kennedy, no less. Yet the cruel photograph you published made her out a gap-toothed, wizened old crone. Shame.”

Mr. McFarlane and I agree on the heroism and impact of Dr. Kelsey, but not on the photo package, which showed both a current photo and a smaller black and white photo of Dr. Kelsey with Mr. Kennedy.