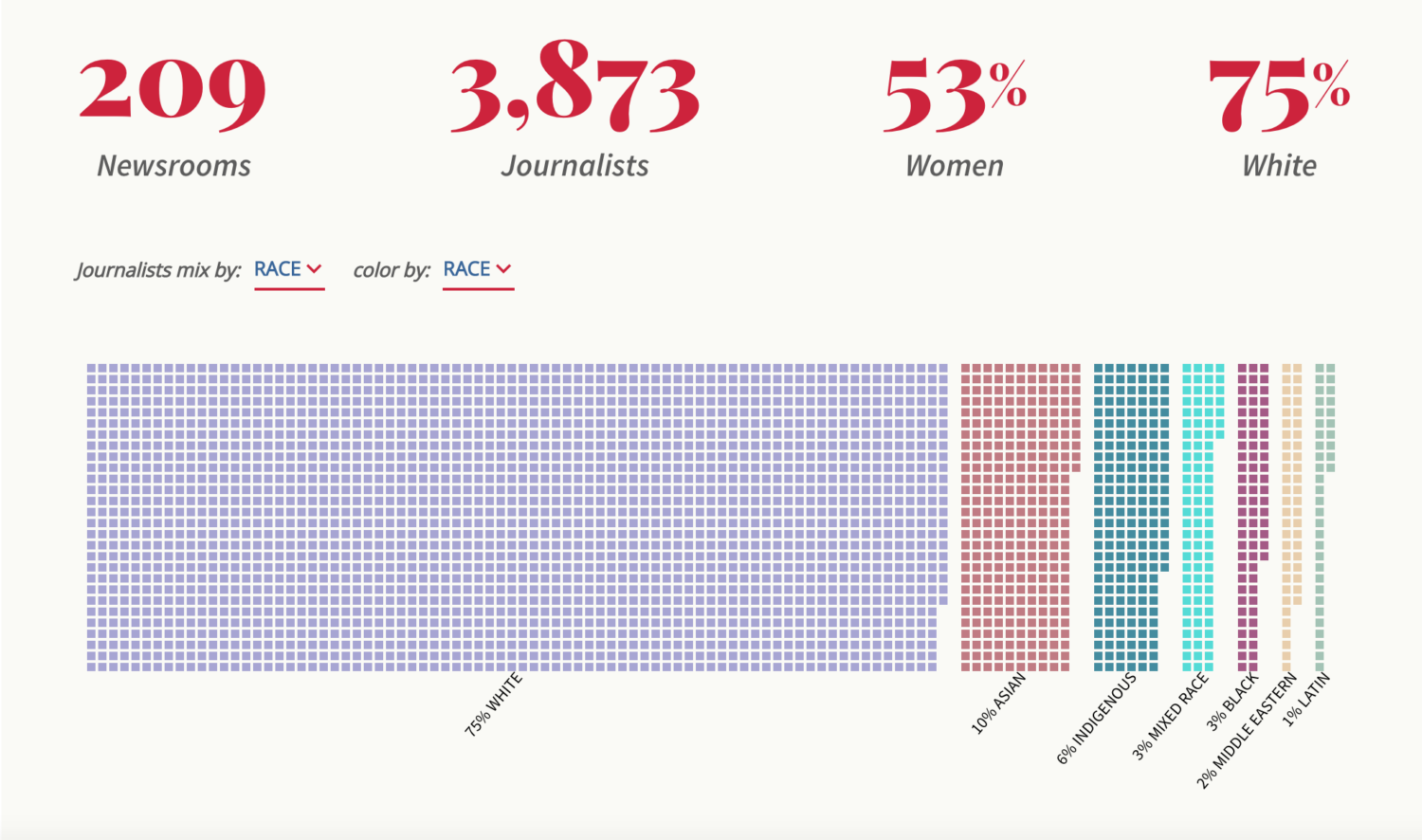 In an overwhelmingly white industry, racialized journalists are less likely to hold full-time or leadership roles, according to a new national survey of race in media organizations across Canada.

White journalists comprise at least eight out of 10 supervisory roles, while representation of racialized journalists increases in part-time and internship positions. “Almost half of all Canadian newsrooms exclusively employ white journalists,” according to the survey report.

The data, which was collected by the Canadian Association of Journalists between November 2020 and July 2021, was submitted by leadership at 209 mostly English-language newsrooms.

“At a high level what numbers show is there’s got to be serious candid conversations that will have to happen about this that will be uncomfortable. I think it’s good to see how many newsrooms responded at the same time,” said CAJ president Brent Jolly.

Three hundred and seventy-nine newsrooms did not respond, according to the report.  The majority of the respondents were in written media, with APTN, ONFR+, CBC and TVO among the only broadcasters to participate. No large French newsrooms submitted newsroom data. Multilingual and ethnic media were not approached directly.

Race data is unknown for 965 of the 3,873 journalists included in the survey results.

The survey, which used the gender categories man, woman and non-binary, found women in the majority across newsrooms, but that “the presence of more women in newsrooms is largely driven by part-time and internship roles.”

According to the CAJ report:

The CAJ explains that because it relied on data already collected by newsroom management, further information beyond race and gender such as disability and 2SLGBTQ+ identity is not reflected in its inaugural report.

Changes to next year’s survey may better address how individual news organizations format and collect staff information. As a result of such discrepancies between newsroom collection and the CAJ survey, the results undercount Toronto Star and Postmedia in national averages.

Survey results can be sorted in an online graphic by newsroom, race, gender and role.

The full report is available on the CAJ’s website. 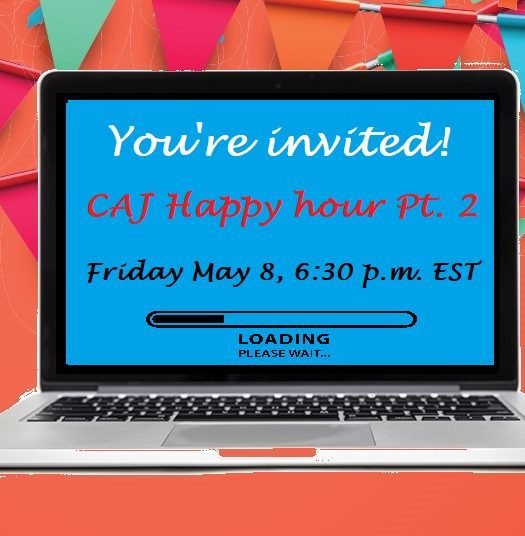 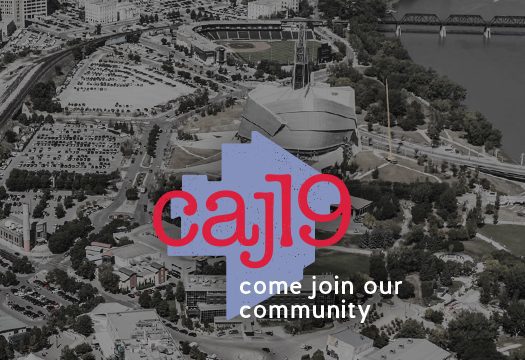 Find your voice at #CAJ19