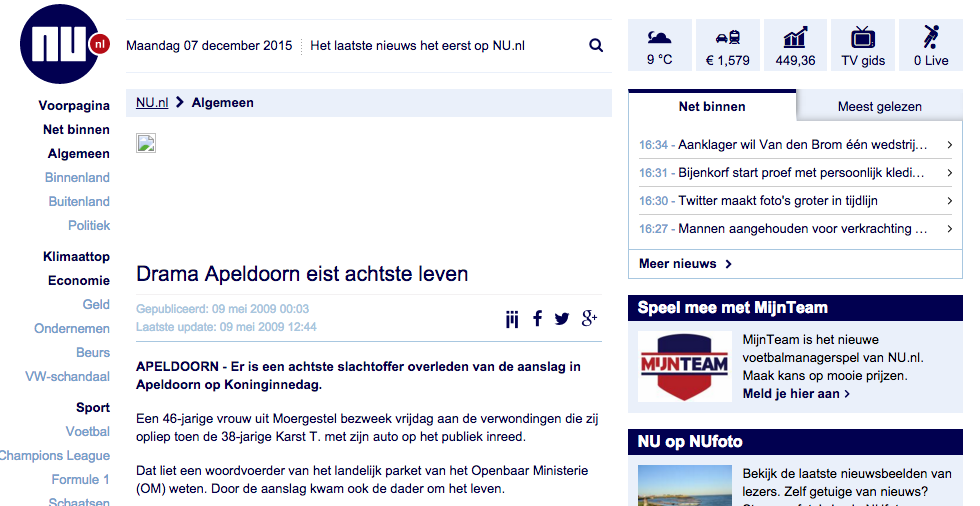 By Allison Ridgway  •  5 years ago

Researchers to explore differences in European newsrooms in June conference.

By Allison Ridgway for Is no local news bad news?

Local news outlets in many parts of Europe do not name those who are accused or convicted of crimes, say researchers who are investigating how differences in cultural attitudes and journalism ethics shape reporting on crime and justice issues.

Romayne Smith Fullerton, an associate professor at Western University, and Maggie Jones Patterson, a professor of journalism at Duquesne University in Pittsburgh, are studying variations in crime reporting in 10 European and North American countries.

“We all value things like privacy and the public’s right to know in different ways,” says Smith Fullerton, who is also the ethics editor at J-Source, an online site that promotes national discussion about journalism issues and publishes news, research, commentary, advice and resources for industry professionals, scholars and students.

Jones Patterson says the idea for the research dates back to 2009 when she read a Dutch article on a man who killed seven people and injured 10 while trying to assassinate the Dutch royal family at a parade celebrating Queen Beatrix’s birthday. Although the man confessed before dying the next day from injuries sustained during the attack, the article – and most Dutch media – chose to omit his name in news reports.

“This was an international story, and certainly a huge story nationally, and they weren’t using his name even when he died the next day,” says Jones Patterson. “I had never heard of this practice, but it’s actually quite widespread [in Europe].”

Jones Patterson, who was touring European newsrooms with her students at the time, stopped by the Hague headquarters of the Dutch press agency Algemeen Nederland Persbureau to find out more about the practice. They learned that most news outlets in the Netherlands, Sweden and many other European countries do not name the accused in crime stories and were told that in most cases this is an ethics-based decision, rather than a legal requirement.

Jones Patterson and Smith Fullerton decided to investigate further and compare the European approach with newsroom practices in the United States and Canada, where most news outlets not only name both the accused and convicted in stories, but often also provide additional information including age, occupation and address.

“In the Netherlands, people are shocked and horrified that we give so much detail [on the accused],” says Smith Fullerton. “But when we’ve shared what we’ve found so far in Canada and America, reporters have had the same reaction: ‘How can you think of not naming people? That’s unbelievable.’”

Many of the Dutch and Swedish journalists the two researchers interviewed told them that news outlets choose to omit names from crime stories to protect the accused’s family and maintain the principle that individuals are innocent until proven guilty. News organizations often also choose not to name those convicted of crimes due to the role that rehabilitation plays in their countries’ justice systems.

“In Canada and the U.S., where the default is to name and give a lot of information, journalists see themselves as watchdogs and see this as a public duty,” says Smith Fullerton. “In the Netherlands or Sweden, it’s not the default to name perpetrators because people still see them as members of their community and deserving of respect.”

Jones Patterson says there are “profound” differences in how crime stories are reported in different jurisdictions. The variations, she says,  illustrate differing cultural attitudes toward crime and society, such as rehabilitation vs. punishment and individualism vs. community.

In their presentation at Is no local news bad New? The future of local journalism, Jones Patterson and Smith Fullerton will discuss the challenges to local reporting standards that arose in Dublin, Ireland, when British tabloids began to invade in the early 2000s. While Irish journalists made a practice of not identifying individuals charged with crimes, the tabloids named names.

The researchers plan to complete their work on the project in the summer of 2018. The results will be presented in a book published by Oxford University Press.

Learn more about the Is no local news bad news? Local journalism and its future here. This story is republished here with the permission of its author.