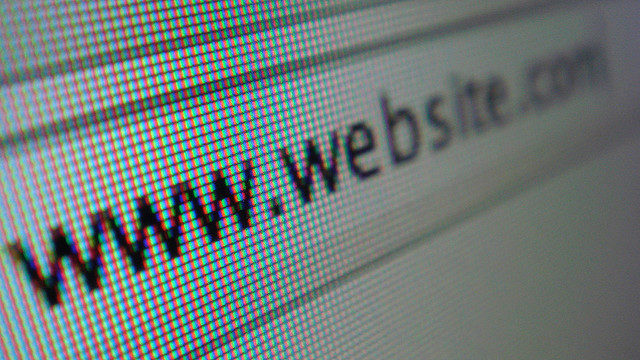 How do news outlets credit stories that have broken elsewhere first?

A look at national newsroom policies.

This January, Blacklock’s Reporter managing editor Tom Korski spoke with Canadaland’s Jesse Brown for a podcast on a recent story Korski had written for the Ottawa news site. On Dec. 19, Blacklock’s Reporter had broken the news that Public Works Canada had been paying News Canada Ltd., a publicity agency, to create and distribute handout stories, including articles and broadcast clips, to newsrooms across the country.

During the interview, Brown and Korski discussed the fact that the Toronto Star had published a story on News Canada Ltd. after Blacklock’s and hadn’t credited the site with breaking it.

“Ours was the day before,” said Korski. “Their story was a follow.”

In a later interview with J-Source, Blacklock’s publisher Holly Doan said stories the independent subscription news service breaks and drops its paywall for are often picked up by other outlets—though how they’re credited varies.

By way of example, she mentioned an unlocked January story on cables Canadian diplomats in Beijing had sent to Ottawa during the 1989 Tiananmen Square massacre. “The Daily Telegraph sourced our editor by name as a former China reporter because he and I both used to live in China, and the New York Times actually cited Blacklock’s Reporter.”

“So there’s a policy around the world that, together with what others have done, gives a good comparison to what Canada doesn’t do,” she said.

According to Toronto Star political editor Stephanie Cesca, “the reporter [Joanna Smith] did credit Blacklock’s on Twitter, but not in her final story.”

“Throughout the course of the day, we discovered some conflicting details, so we felt it would have been confusing to the reader to link to their story,” Cesca wrote to J-Source. “In no way did we claim this as an exclusive.” What had first tipped off their newsroom, she said, was a news release the NDP had sent out about News Canada Ltd. later on in the day.

An environment of continuous publication has shifted the nature of news scoops, something the Associated Press acknowledged in 2011, when it adopted a policy of linking back to member news organizations when reporting on a story that had broken locally first.

"It has long been the policy and practice of the Star to credit a news organization that breaks a big story," public editor Kathy English wrote to J-Source. Its newsroom policy states: "The Star attributes and credits material to its source, including reporting obtained exclusively by other media organizations—print, broadcast or online."

At The Canadian Press, stories on reporting that has broken elsewhere and can’t be independently verified often takes the form of what Ottawa news and stylebook editor James McCarten calls “a short ‘crediter’ story” until its facts can be independently verified by a CP reporter. “This is not about ‘crediting’ the other outlet as much as it is attributing the facts that we are reporting,” he wrote in an email.

“Once we are able to confirm the details ourselves, we are no longer obliged to continue making mention of the originating outlet; however, in certain cases, we do endeavour where possible to continue to acknowledge the outlet where the story originated,” he wrote.

According to its editorial code of conduct, The Globe and Mail’s approach is somewhat similar: “Information from another publication must be checked or credited before it is used. This does not apply to material supplied by news services to which proper credit is given. When in doubt about information from any source, always double-check.”

National Post assistant managing editor John Racovali said crediting stories that have broken elsewhere first is a general reporting practice rather than a formal newsroom policy. “There was a policy guide at one time, and to be quite frank it hasn’t been updated in a number of years,” he told J-Source.

“We do credit stories that have broken elsewhere,” he said. “In the past we’ve credited the Globe and Star, and on the website we’ll link back to files. It’s not unusual now that we’re doing more meta-journalism where you’re pulling together a number of different reports.”

In part because of the Postmedia Network of constituent papers, the Post will often also link back to original stories that have broken locally.

Racovali added: “If we can report something directly and verify it to our own satisfaction, I’d be a lot more comfortable. Especially if a story has legal implications—in some cases it’s better to wait and verify it for yourself.”

With files from Zoe McKnight.