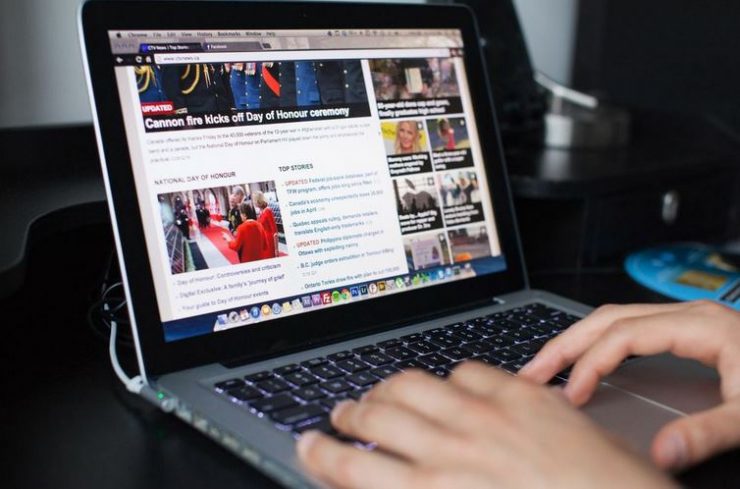 A new report from the Canadian Association of Journalists’ ethics committee looks at when a relationship with a source is so close that it's apt to affect a journalist’s news judgment.

In December 2013, investigative reporter Jason Felch wrote a series of reports on sexual abuse in an American liberal arts college for the LA Times. The Times revealed that the reports had a number of errors. Felch was fired for an “inappropriate relationship” that the Times editor wrote “could not be tolerated.” What it might have cost the Times was a vital asset: credibility.

Journalism students are taught to beware of getting too close to sources, mingling with them or accepting gifts, and news organizations expect journalists to adhere to ethical guidelines that invariably include rules on such matters. The problem, we’re told, is that “sources” are not merely sources; they’re people, and interactions between people are seldom restricted to mere one-way transmission of information.

But as many journalists have asked: how do you know when you’re getting too close?

This was the core question addressed in a report by the Canadian Association of Journalists’ ethics advisory committee: when exactly is a relationship so close that it’s apt to affect journalists’ news judgment? The report was written by a panel of three journalism professors: Ivor Shapiro, of Ryerson University in Toronto; Marc-François Bernier, of the University of Ottawa and Shauna Snow-Capparelli, of Mount Royal University in Calgary.

“I don’t think ‘too close’ is a thing,” said Graeme Smith, The Globe and Mail’s correspondent during the war in Afghanistan and one of several journalists interviewed on behalf of the panel. “I think you’re always trying to get as close as you can to your subjects.

“Now,” he added, “That’s short of misconduct: you don’t want to be sleeping with people you’re covering.”

Smith was embedded with the Canadian military as much as the shopkeepers and elders were and recalls searching through scattered shoes and debris from a suicide bombing for information about the attack. But it was not until after the war, when Smith went back through years of notes and audio recordings, that he realized he had self-censored some of his report.

“I got very attached to a platoon of Canadian troops. They gave me one of their little badges that said nomads, and I felt super cool. Smith said he decided not to report on an incident involving them. But he later revealed the details in his 2013 book The Dogs are Eating Them Now.

In Smith’s case, the challenge is that a relationship might not seem problematic at the time, and only in retrospect do the consequences of being “too close” become clear. But it doesn’t take a war to see how difficult it can be for a journalist to maintain distance from a source.

“There’s always this challenge,” said Toronto urban affairs freelancer John Lorinc, who was also interviewed for the CAJ study. “You want to have access to the decision-makers, but the decision-makers won’t give you access if you’re always writing nasty stuff about them, right? How much do you hold back?”

This is a question that comes up daily for reporters in many circumstances, whether it’s the quid pro quo attitude (you lightly scratch my back, so I’ll scratch yours), a kind of “access culture” within a political shell, or simply favouritism in the sports field.

Jim Sheppard, executive editor of the Globe, remembers late nights at the National Press Club in Ottawa. Reporters drank bourbon with prominent politicians, smoked a bit of marijuana with at least one prominent politician’s wife and had a slip of the tongue here or there. No one reported a word.

“The thing is, years ago when we had more trouble with this as an industry, what people didn’t realize was the danger of crossing the line,” Sheppard said.

Sheppard said he still sees reporters being fed information that leaves sources looking good (if not outright erroneous information) or not subjecting a close source to the same kind of rigorous questioning that might be applied to others. “With business and politics in particular,” he said, “it’s almost impossible to get scoops or major stories without sources.”

But covering any beat on a regular basis can be problematic for the same reasons.

“You’re covering the same people and you’re going to a series of sources on a regular basis,” said Scott White, former editor-in-chief of the Canadian Press, and now a vice-president at Postmedia Network. “How you get news is you socialize with people, so I think that’s an issue.”

In the process of socializing, when an expectation of something in return is created, that is exactly when a journalist might be in a problematic position.

It’s easy to say journalists and sources should not mix, “But as human beings, it is impossible for them not to, so you just have to have some guidelines established,” White suggested.

The CAJ’s report suggests various tests that may help determine if the closeness line has been crossed. These include: has the source given or promised any kind of reward or favour in return for the journalist’s choices, or is one expected? Where is the journalist’s primary loyalty? What would the public think?

Given questions like these, romantic relationships might seem obvious cases of “too close,” but even there, a standardized protocol is elusive.

One interviewee told the CAJ panel of a case where an editor disclosed having gone on a few dates with a cabinet minister. In that case, specific guidelines were established, including the journalist avoiding stories involving the politician and the journalist later voluntarily transferred to a different job with no hard feelings on either side.

When love strikes at the CBC, ombudsman Esther Enkin said she expects relationships to be disclosed only when it becomes more serious. That said, Enkin suggests setting up “rules of engagement” for every relationship with a source,

The CAJ panel’s report describes a menu of responses to situations of conflict, including seeking counsel from peers or editors, offloading the information to a colleague who is not conflicted and publicly disclosing and explaining the situation.

“It’s your responsibility to declare, for your protection as much as the protection of the public, but obviously for both,” Enkin said.

After all, whether it’s the perception of a conflict, or the real thing, both are equally damaging Enkin said.

Remedying a conflict is often done on a case by case basis at the CBC. Cases that involve finances, like the recent debate about Peter Mansbridge receiving payment for oil field talks, are often the more publicized conflicts of interest.

Another change in journalism is the increasing use of freelancers. This is a challenge for any news organization that needs to monitor the journalists’ connection, monetary or otherwise, to a source.

Recently, The New York Times sent out a reminder of ethical rules for freelancers. According to Phillip Corbett, associate managing editor for The New York Times, one way to test the proximity of a journalist to a source is:  “Assume the story were to include full disclosure of the details of any connection or possible conflict. Would a careful, skeptical but fair-minder reader say, ‘Who cares? Why are you bothering to tell me this?’

“It’s crucial that the reporter and editor—or better still, more than one editor—discuss the issue fully in advance,” wrote Corbett in an email. The worst problems arise when a reporter makes the judgment alone.

Lindsay Fitzgerald is a journalism student at Ryerson University and a research assistant for the ethics advisory committee of the Canadian Association of Journalists.