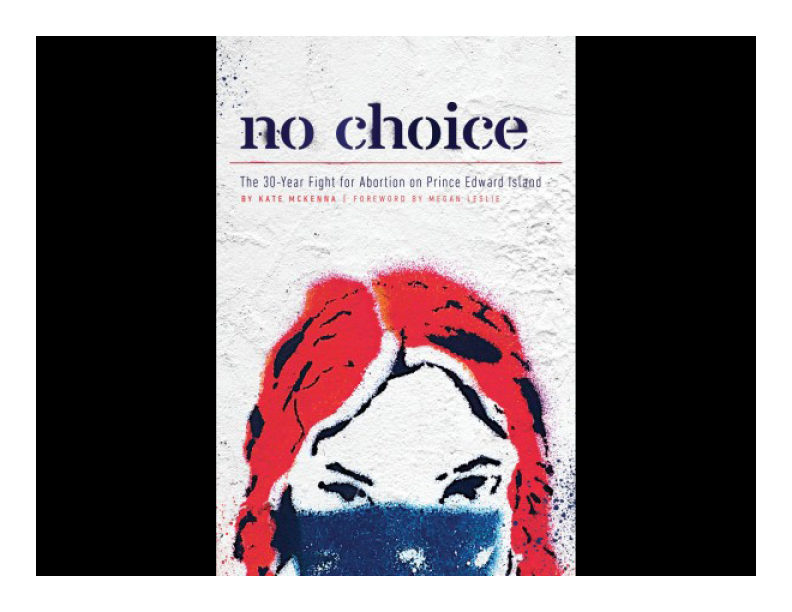 In No Choice, Kate McKenna chronicles the fight over abortion access on Prince Edward Island.

Seven years ago, Kate McKenna and four other women met in her downtown Charlottetown apartment. “It was informal,” she writes in her new book, No Choice. “I made cookies. The meeting’s purpose was to ‘fix’ the abortion situation on PEI.”

For 30 years, women on Prince Edward Island have been fighting for abortion access on the island, standing up against a powerful anti-abortion religious lobby and slow-moving politicians. In 2016, the provincial government announced that abortion services would be provided on the island at long last, along with a whole suite of services for women’s reproductive health.

McKenna was one of the women who fought for this moment — but she’s also a journalist. She’s worked for CBC since 2013. When she first hosted that meeting, she didn’t know her career path would wind up with her writing the literal book on the fight. No Choice: The 30-Year Fight for Abortion on Prince Edward Island will be published this month by Fernwood Publishing. She spoke to J-Source about the line between journalism and activism, and how social media was so crucial to turning the tide on PEI.

J-Source: You are very personally involved — you were part of the group that started the second group that was doing advocacy around abortion access in PEI. Now as a reporter, what made you want to tell the full story?

Kate McKenna: That’s a good question and that was something that I grappled with because as a journalist, we’re conditioned not to put ourselves in the story. This still a controversial subject where I’m from, so it essentially negates me from being able to report on PEI because my opinions are out there now. But I wanted to write the story because I am from PEI and I knew the context, and I knew what a big deal this was.

This was very much an intentional effort. This didn’t just kind of happen. It was about 20 women who had been working since the 70s and 80s to see this happen. Because PEI is a smaller place, and because there is less media, I feel like it is generally underrepresented in national media.

It’s a story that’s obviously really close to my heart because I have been working on it for a long time. I wanted everybody to know about it and I wanted to be the person who told it.

J-Source: You felt like you couldn’t separate the story from your own story as well — you are a part of it.

KM: That’s true, so the book is split up into two parts. The first part is a deep dive into the 70s and the 80s and the 90s. Of course, I wasn’t really around for that and in fact not a lot of people are still around from that so. I didn’t feel as a journalist that was difficult at all.

I’m really blunt in the second half that I was part of this. For me it was important to tell the story in a way that was upfront and clear. I think even at the beginning of the book, I say I am pro-choice. I am supporting these women, I appreciate these women who were involved in making it happen. But then, as a journalist, I wanted to represent the other side as well and accurately portray some of the conflicts and roadblocks that were there. But it is a book that is pulled from a pro-choice perspective. So that’s just kind of how in my head I could feel okay about reporting it.

J-Source: There’s a lot of people who would say journalists shouldn’t be activists, or vice versa — there needs to be that separation. Did the process of writing book change your perspective on that idea?

KM: Even before I was a journalist the issue that I had with this particular subject was cowardice on the part of politicians. A very loud lobby group was depriving women of rights that were available elsewhere in Canada, which is in my opinion is a fairly journalistic way to frame things, because we are there to afflict the comfortable and comfort the afflicted. And in this case, these people were being denied medically necessary procedures because some people weren’t comfortable with it. It was the opposite. In some sense it’s activism. On the other hand, in large swaths of Canada this is a subject that’s been over for 30 years.

This is ironic — I consider myself to actually be pretty conservative. I recuse myself from all sorts of stories that I have an opinion on. I don’t necessarily believe in activist journalism. If an abortion story came up at CBC in my day job, I would probably recuse myself from it because my opinions are out there now. I want people to feel like they can trust the news that they are reading.

J-Source: One of the things I was struck by in the book was how you talk about that this was really kept out of headlines for a long time. What do you think contributed to that sort of silence in the press? And what changed that?

I also feel like so it really comes in waves. In the 80s and 90s, the people in my book are the people who spoke out about abortion — so there are like three of them. They suffered for it. Everybody reads the local media — it’s a really big deal there. One person I spoke with would describe, like speaking in favour of choice in the local newspaper and then having their aunt write an op-ed about why she was wrong. It’s just immensely personal.

I do feel after 2011 locally at least there was a lot of coverage of this. CBC in particular — maybe I shouldn’t say because I work for the CBC, but a CBC reporter there did a really deep dive into the stack of the library and came up with a lot of really interesting stuff. But I mean, if you’re talking about what kept it out of the national headlines, there’s no national media on PEI. Somebody from Halifax has to come. It’s not something that happens very frequently.

J-Source: One of the things that seemed like the biggest change to me is that women got to tell their stories themselves on Facebook and social media. It was so nice to read — look, a positive thing social media did instead of the usual. So I’m just curious — Facebook and Twitter and all those things, what was their role in the change that eventually came?

KM: For sure. There was a critical mass of people who were willing to talk about it. There was a blog that I write about in the book where people could submit their abortion stories and it normalized it in a way that I had never experienced from PEI. People were talking about it like it was a normal thing — and of course it is a normal thing. It really took away some of the stigma and it also kept the momentum going. It kept this issue front of mind for a lot of people.

The people in the 80s and 90s, they described coming up against brick wall and always losing the numbers game and always feeling like their perspective wasn’t the one shared by the most people. But the way that Facebook and Twitter mirrored back at people, I feel like that played an important role.

J-Source: Across Canada, there are still lots of issues with abortion access in rural areas or just outside of the major cities. If there are other reporters who want to look at these issues, how do you recommend that they tackle these kind of stories?

KM: On PEI, it was important for me to look at the roadblocks that were created by politics, because that to me was the heart of the issue.

I would recommend getting in touch with the National Abortion Federation because they keep great records on where there are gaps. Many libraries have local indexes for abortion and that’s where I got a lot of a lot of the content for my book.

It’s Journalism 101, but try and talk to people that had to deal with not being able to drive to wherever to get the service or talk to whoever you know is going to have a really hard time taking a day off of work to get an abortion. People who have lived it are obviously the best sources. 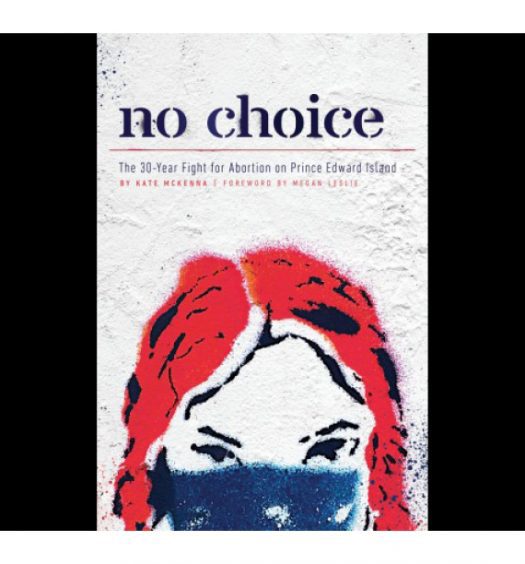