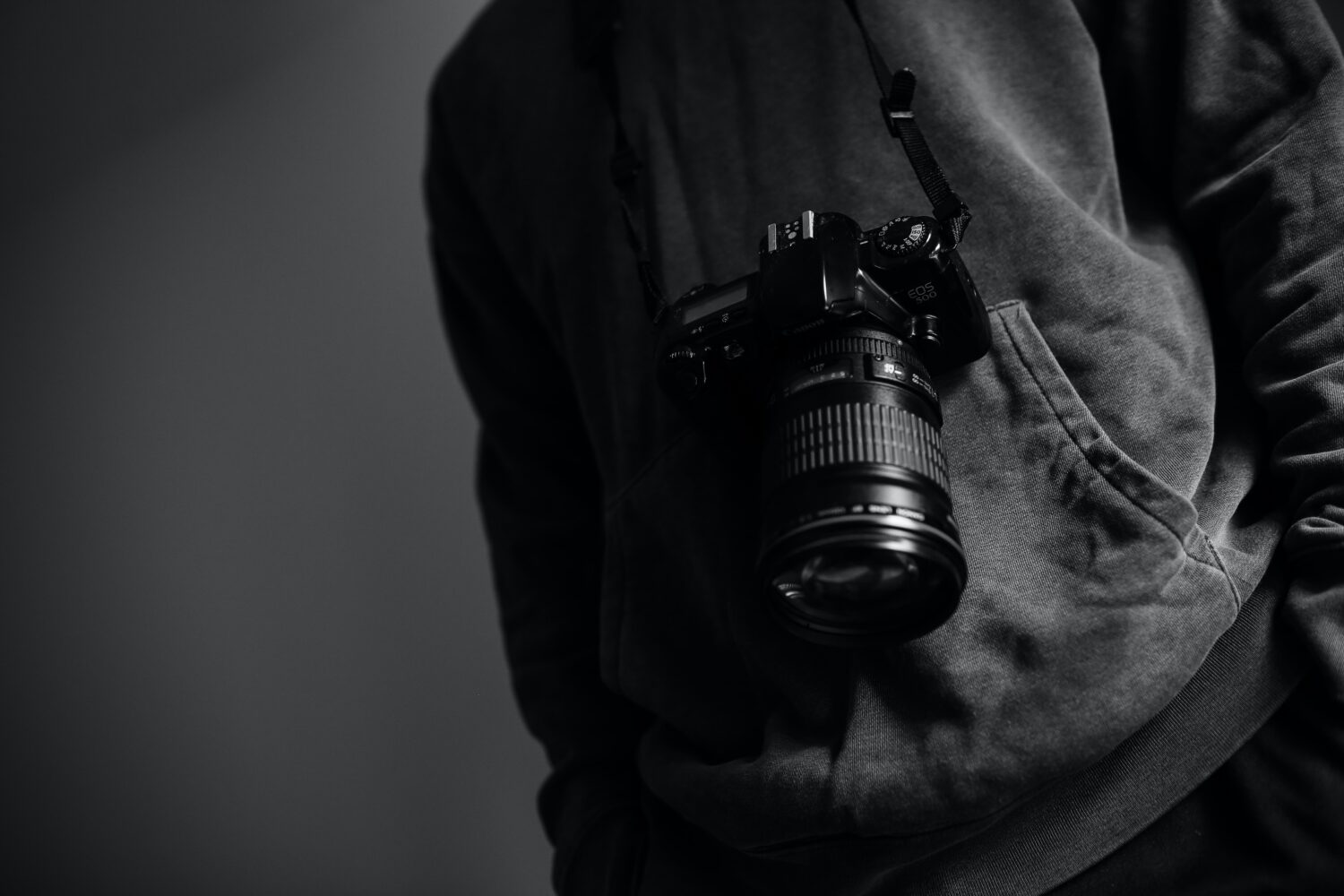 Risk planning, hostile environment training and knowing when to step back are some ways workers are going to need to prepare to report in 2022, say experts

Near the end of the nearly month-long “freedom convoy” protest, Global News reporter and anchor Kamil Karamali posted on Twitter a shocking video of a protester pushing over the camera a videojournalist was holding. Moments later, two other protestors spat on him while other protestors swarmed the journalist group at the Pacific Highway Crossing In Surrey. B.C.

During the the Canada-wide convoy protests, similar reports have surfaced, with journalists being followed, heckled while on camera and subjected to death threats.

The recent incidents of harassment of journalists are not isolated.

Harassment, arrests and physical violence towards journalists covering protests has increased, according to a recent UNESCO report, Safety of Journalists Covering Protests.

The report recorded 125 instances of attacks on or arrests of journalists covering protests in 65 countries between Jan.1, 2015 and June 30, 2020. The actual number is likely greater as incidents are frequently unreported. However, it is noted that 15 took place in 2015, rising to 21 in the first half of 2020, showing a steady upward progression.

The report also noted that “while experiencing the same kinds of physical violence as their male  counterparts, women media workers are also more highly exposed to the threats of sexual violence and rape.”

In response to these shifts in conditions for journalists’ work, some newsrooms around the world have started preparing their employees and contractors for potentially dangerous situations, both in-person and online, with more and more newsrooms employing staff whose sole responsibility is keeping their journalists safe.

In a Feb. 8 post, CBC News editor-in-chief Brodie Fenlon outlined how his newsrooms were handling increased attacks on journalists during coverage of the convoy protest in Ottawa, which had embroiled the capital’s downtown core for three weeks. To address a series of cases where reporters faced harassment and threats in the field, the newsroom hired additional security to accompany reporters, planned “fall-back positions” and “reduced visibility,” explained Fenlon.

In his editor’s note, Fenlon writes that one of the CBC vehicles had its windows smashed, a reporter was surrounded by protesters and the security detail accompanying him was tackled against a car, and a journalist overheard a crowd of protesters planning to “mess up” another journalist.

The rise of harassment against media workers, shows the UNESCO report, is a global phenomenon. On Jan. 6, 2021, thousands of Donald Trump supporters stormed the U.S. Capitol Building, making their way inside to the offices of members of congress. Many members of the media covering the event were attacked, including Associated Press photojournalist John Minchillo, who was grabbed and pulled down stairs repeatedly by rioters.

Camera equipment that a crew had left unguarded was smashed. A noose was constructed from a camera cord. Inside the Capitol, Erin Schaff, a photographer for the New York Times, says she was held at gunpoint by police because rioters took her press pass so that she could not be identified. Rioters also broke a lens on her camera and ripped her other camera from her, she said. Eventually, she says, two other photojournalists vouched for her identity.

CBC correspondent Katie Nicholson, who was on the scene reporting at the Capitol, was swarmed by a crowd when she was preparing for a live hit. A group blocked her from her camera and violated the six-foot isolation distance recommended by doctors worldwide during the COVID-19 pandemic. In the video, while the crowd invaded her space, she signals to her camera crew, and they silently pack up and move away from the rioters.

Nicholson says she hasn’t experienced this level of threat before in her 20 years of working in news.

She had reported the previous day outside of Freedom Plaza filled with 600 to 800 Donald Trump supporters. “I think what was ominous was how many people were already on the streets at like 6:30 to 7 a.m., moving towards the South Lawn. So there was a sense that there had been a shift,” says Nicholson of the day of the insurrection.

She said after having her live hit hijacked on TV, the group of harassers followed her, her videographer, and an ex-military security guard CBC had contracted to help protect the crew while filming that day. The rioters hurled insults at them for a couple of blocks until the crew could turn off the main street.

“It was kind of a bit like that schoolyard bully mentality, where, you know, I’m not going to be pushed off my ground, to do my job,” she said. “I’m not going to be intimidated and stop doing what my job is, which is to deliver what’s happening, deliver information to the Canadian public. So I think I remember sort of deciding, I’m not going to interact with this. I’m going to keep going because they will lose interest.”

TV journalists are more exposed than other journalists because of the visibility of their crew and equipment.

“You’re trying to do a job where you’re communicating to the public what’s happening. At the same time, you do have to be aware of the safety of your crew, and yourself. Your shooter is blind. Your shooter’s only looking through the viewfinder. They can’t watch your back,” says Nicholson.

On the same day Nicholson and her crew were harassed in Washington D.C., a colleague, CBC photojournalist Ben Nelms, was punched by a protestor while covering a pro-Trump rally in downtown Vancouver.

“It didn’t knock me down or anything like that but I definitely felt it and was just sort of to the side of the face and my mask flew off. It was just more of a surprise, like ‘Oh wow, that happened,,” Nelms says of the incident.

He knows his job comes with some risks.

“There’s definitely been some stories that I’ve worked on where you kind of step back and say, ‘is this worth it or should I keep pushing this or should I just leave and de-escalate the situation?’”

How newsrooms are revamping security

In 2016, Vice Media hired Sharbil Nammour, a security consultant, to conduct an evaluation of its newsroom, which took six months. After that, he was hired full time to revamp security. In the next year, Nammour created a small team at Vice dedicated to safety. The team has employees to conduct risk assessments for high threat areas and someone to handle insurance to make sure that journalists are covered if there is an incident.

Reuters, a news organization with about 2,500 journalists around the world and an additional 1,400 freelancers, also has dedicated staff whose focus is to keep their journalists safe. They run in-house Hostile Environment and Emergency First Aid Training (or HEFAT) courses for some staff and selected freelancers.

Similarly, the New York Times also has full-time staff responsible for the safety of its newsroom of at least 1,600 people safe.

The Times trains individual journalists, but is also trying to build a resilient newsroom. “So the managers, the editors also receive a degree of training,” says Jason Reich, vice-president of corporate safety at the paper. He says that managers and editors know how to communicate safely and manage deployments and journalists in “difficult areas.” Staff have hazardous environment awareness, medical skills and know how to work in  areas with natural disasters.

In Canada, newsrooms have also been sending their staff to take HEFAT courses. In early 2021, the Canadian Press sent its photographers for hostile environment training with a focus on COVID-19 and says it will expand the training to other staff. Editor-in-chief Andrea Baillie wrote in an email that the newsroom has a committee which makes sure its journalists and photographers have appropriate PPE such as masks, face shields, hand sanitizer, wipes and long microphones.

CP staff are instructed to immediately exit situations which make them feel uncomfortable, says Baillie, and the newsroom will make an alternative plan to cover the story.

In British Columbia, the Prince George Citizen decided to refrain from covering its local satellite convoy protest due to safety concerns.

“It’s simply not safe for me to assign my staff to these events any more, not just for the boorish behaviour they encounter when they get there but also for the increased risk of acquiring COVID from people who refuse to respect social distancing or anyone who does, wrote managing editor Neil Godbot.

Working as a freelancer

Nicholson and Nelms both acknowledge how lucky they are to have institutional support when facing harassment and attacks, compared to their freelance colleagues. Christopher Katsarov, a freelance photojournalist based in Toronto, notes the disparity in support between freelance journalists and staff journalists.

While the Globe and Mail was negotiating a new contract with its freelancers in 2020, Katsarov asked how liable the Globe would be if a freelancer caught COVID-19 while on assignment for the paper. The publication responded that because he is legally classified as an independent contractor, the Globe would have no liability at all.

He works almost daily, but for many publications. He’s worried about his health and safety, but more so, his lack of legal protection.

Freelance photojournalist Carlos Osorios, who has covered the convoy protest in Ottawa, Windsor and Toronto since Jan. 28 for Reuters, tweeted on Feb. 21 that he had caught COVID-19. Being triple vaccinated, he chose to photograph the rallies without a mask to make himself less of a target with protestors. “When I had the mask on,” he says, “people would just like yell at you like ‘fake news’. And they would be like, relentless.”

He says that once he started covering the rallies without wearing a mask, protestors didn’t bother him as much.

“Honestly I was just not afraid. But I was certainly concerned all the time. Just concerned that at some point, people might decide that I’m not an okay media person, and they might start harassing me.”

Every journalist should weigh what they feel comfortable with, says Osorio. “I think it would be irresponsible for me to tell people what to do in this type of situation. What worked for me is … I felt like wearing a mask made it harder to work because people would just fixate on that,” he says. “But then at the same time, I caught COVID, right? So it really would be not okay for me to be like, ‘Hey, don’t wear a mask.’”

Nicholson thinks newsrooms should be vigilant and prepare their staff for tough reporting situations. “It is important to have that debrief afterwards and talk about what happened, and check-ins and stuff like that. I think those things are important things that an employer, a journalistic employer should do,” she says.

Communicating with your team about each others’ risk tolerance is also important when working in potentially dangerous environments, Nicholson says.

She says that journalists tend to put themselves last but that they should pay attention to their mental health.

RESOURCES | A Culture of Safety Alliance 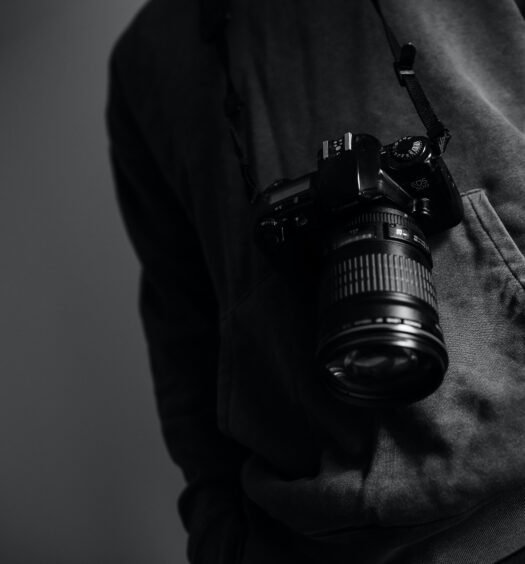 How newsrooms are ramping up safety measures amid a rise in physical threat... 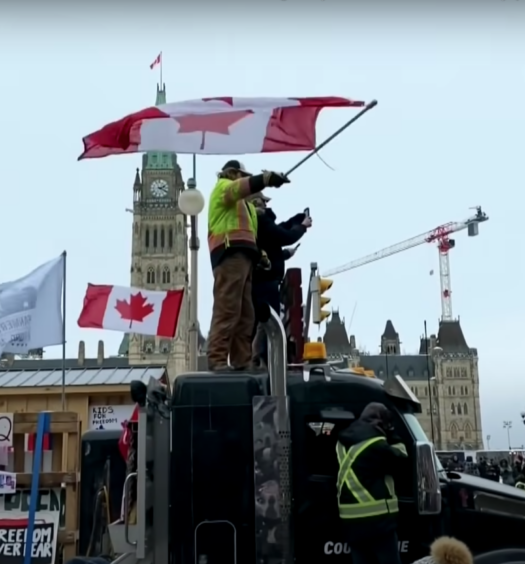 Inside media’s coverage of the trucker blockade

Read More
Inside media’s coverage of the trucker blockade