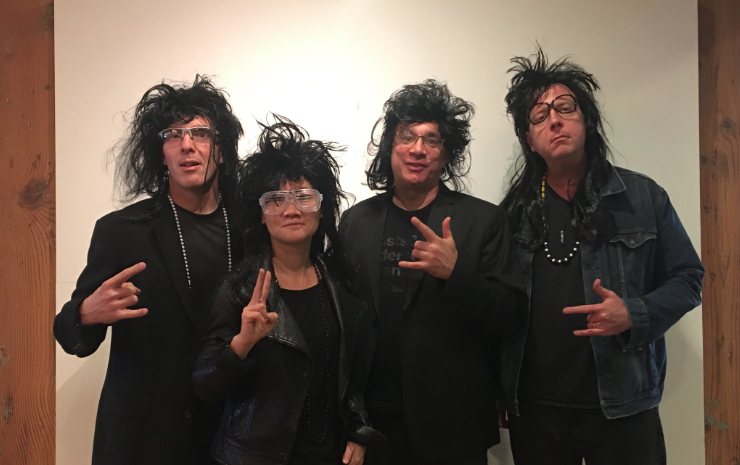 I dressed as the meme that best captures my daily life as a news reporter (Thanks @DaltonCBC for animating my outfit!) #HappyHalloween #PartyLikeAJournalist @JournalistsLike pic.twitter.com/GUPtPa96Bj

And this is @HuffPostCanada audience development team as @Twitter trolls pic.twitter.com/xPbc49GNFy

YAY! Our colleague @SMohyeddin dressed up ready to take on the day with superhero powers. #cbcthecurrent pic.twitter.com/zGrrzccbpp

Guess which of these ⁦⁦@tvo⁩ employees works in current affairs and which works for kids pic.twitter.com/G6nehugzSq

A panda, a shark, a legendary lady all in black (it’s Wednesday on Wednesday after all) When it comes to All Hallow’s Eve the staff at ⁦@WR_Record⁩ tricks and treats. #Halloween2018 pic.twitter.com/s8MYP1NSh2

Good morning ghouls! I’m sitting here in my terrible homemade ghost costume, ready to fly around the province to talk about scare actor trainers — the people that teach actors in haunted houses to be scary. You don’t know how excited I am. First stop: @OttawaMorning ? pic.twitter.com/jEDAfsvvOy

The entirely of the BuzzFeed Canada office calls @CraigSilverman Crab and today this huge dork actually came dressed as a lobster. pic.twitter.com/2Sxn1BL14U

Halloween is no time to lose your head ? Luckily, @MeiDayTWN manages to bring us your trick-or-treat forecast just fine without it! #HappyHalloween https://t.co/Cxz9huUoUO pic.twitter.com/YHkSZ91Vrw

Radio-Canada cameraman Michel Aspirot could have put a little more effort into his costume. Right?! pic.twitter.com/89Y1eORjGj 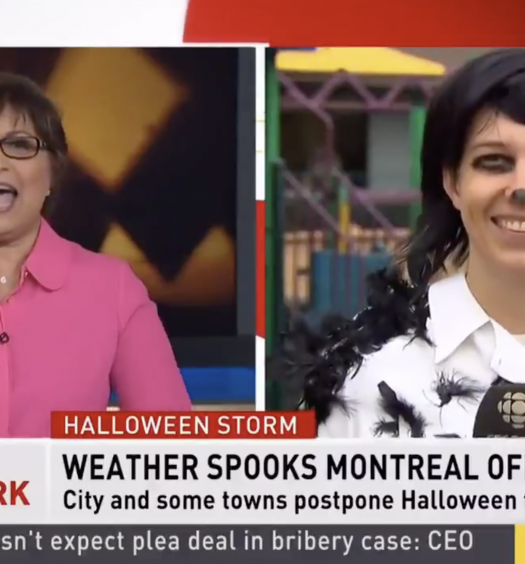 Here’s how journalists in Canada dressed up for Halloween 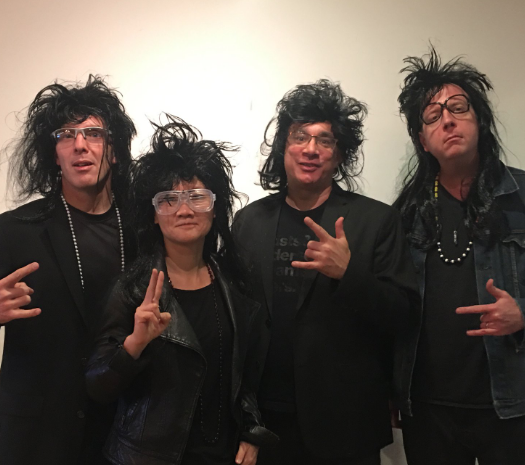