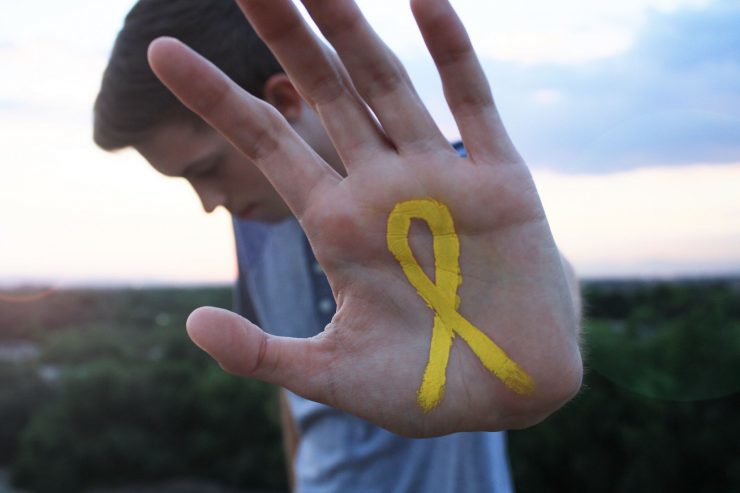 How should reporters write about suicide?

Evidence suggests there are copycat deaths when details of death are leaked; but do articles do more to educate?

In The Sorrows of Young Werther, a novel published in 1744 by Johann Wolfgang von Goethe, an artist falls in love with a beautiful woman engaged to a man much older than she. But she marries him, leaving the titular Werther heartbroken. As she slowly cuts off their relationship, Werther decides the only way to end the cycle is to die by suicide. He shoots himself, and is later buried under a tree—no one attends at his funeral.

According to Dr. Jane Pirkis, the director for the Centre for Mental Health in the Melbourne School of Population and Global Health, after the book was published, there were reports of young men who died by suicide, found with copies of the book by their body, or who died in a fashion similar to Werther’s death as described by Goethe.

Over 200 years later, an American researcher would use the book to coin the term the Werther effect. It describes the phenomenon by which allegedly copycat suicides take place after a highly publicized one. Today, it binds reporters and doctors in a debate on how we report about suicide.

At a suicide prevention media forum in Toronto on Nov. 6, Pirkis and Dr. Mark Sinyor, two prominent suicide prevention researchers, explained that many studies worldwide have shown that when the details of a suicide go public, it can lead to a rise of other suicides using similar methods.

In 1998, after several Hong Kong newspapers published a front page story outlining how someone died by suffocating themselves with a charcoal burner, the method eventually became among the most used by people who died by suicide in  subsequent years.

People tend to model their behaviour on those of others, according to Pirkis, which is why she said that reporting that sensationalizes or memorializes the act tends to be repeated.

Media guidelines for reporting on suicides worldwide emphasize limiting details to avoid replication, not putting the stories on the front page and avoiding sensational language. They also encourage educational stories that look at suicide as a public health issue.

Some of that advice is simply common sense for most journalists. But André Picard, a health reporter and columnist at the Globe and Mail, said at the forum that we have reached a point where suicides would be covered like anything else. “More coverage of suicide is good,” he added; thorough coverage is even better.

It was only recently that reporting on suicides started to appear in newspapers. Picard recalled a time when euphemistic terms like “died suddenly” were used to describe the deaths.

There have been calls to end the silence on suicide reporting in Canada. In the 2011 Winter issue of the Ryerson Review of Journalism, then editor Liam Casey told the story of his depression, and attempts to find informative articles about mental health and suicide—there wasn’t much available for him in 2005.

What was, and what continues to be available, is uninformed and potentially dangerous information.  “Dr. Google is more than willing to help,” said Picard, noting that this flow of non-contextual information is what people should be worried about.

Reported stories, on the other hand, have the potential to educate and reach people who may need to read them.

Picard said that reporters should write mental health stories with compassion and indignation. But some of the available guidelines, like the Canadian Psychiatric Association's direction to not write “exciting stories” flies in the face of the very nature of the news business, which thrives on them. As ever, reporters and editors are looking for something that makes a story newsworthy.

But Sinyor cautioned against reporting on a cause of a suicide as if it exists inside a vacuum. The reality is far more complicated. Usually, suicide arises from a combination of mental illness, stressors and maladaptive coping strategies, according to Sinyor.

Reporters on the features and health beats often have the time and word count to fully parse out these complicating factors, said Picard. But for the crime and breaking news reporters who are often first to these stories, sometimes the reporting is “messier.”

For everyone else, there is Mindset: Reporting on Mental Health. The guide, which Picard wrote the forward to, is the best of both worlds: a guide to writing and reporting about suicide made by writers, reporters and mental health professionals.