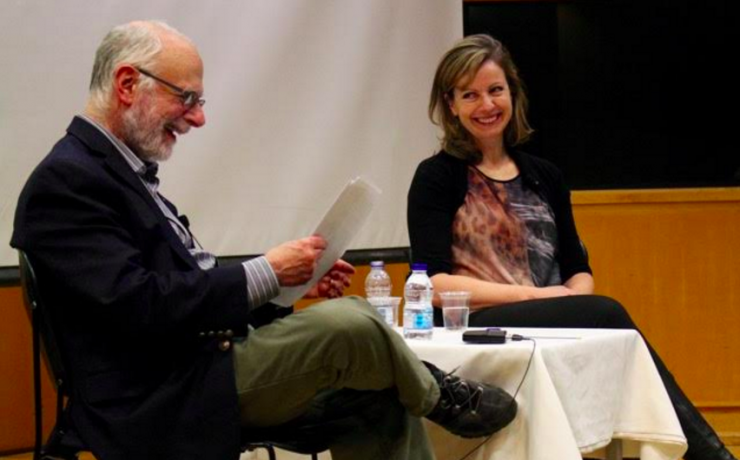 How the documentary about Omar Khadr was made

From ages 16 to 26, Canadian Omar Khadr was a prisoner in the Guantanamo Bay detention camp. Charged with the murder of an American soldier, Sgt. First Class Christopher Speer, during a firefight in Afghanistan in 2002, Khardr—who was 15 at the time and was grievously injured himself—was detained and then sent to the base in the Caribbean.

Her work led to a book and film. The full-length feature documentary, Guantanamo’s Child: Omar Khadr, directed by Patrick Reed and co-directed by Shephard, had its world première at the Toronto International Film Festival in 2015.

On Feb. 23, after a special presentation of Guantanamo’s Child at Ryerson University, Shephard explained how the film came together.

She went to Guantanamo Bay 26 times

While reporting on Khardr’s case, Shephard visited the infamous prison 26 times. “I always say it’s one of my favourite places to report from and my least favourite,” she said. She had a front-row seat to history, but the intense restrictions around reporting made her job difficult. Reporters have to sign Pentagon ground rules every time they go that restrict what they can do—for example, they can’t speak to detainees.

In 2010, Shepard, Miami Herald reporter Carol Rosenberg, Globe and Mail foreign correspondent Paul Koring and then Canwest News Service reporter Steven Edwards were banned from Guantanamo because they identified a witness in Khadr’s case—the witness had given up his right to anonymity during an interview with Shephard two years previous.

After the fight against the ban caused international outcry, it was reversed. Three months later, Rosenberg and Shephard were at the Pentagon advising on how the US military could work better with journalists at Guantanamo. “There are so many strange, surreal moments,” Shephard said.

One of Guantanamo’s Child: Omar Khadr’s key interviews came from an airport encounter

Ron Taylor—a pseudonym for a US Special Forces soldier who appears in the film—is one of the most compelling characters. He served with Speer in Afghanistan and was involved in the firefight that took Speer’s life. He speaks for many of the soldiers who are angry and saddened for the loss of their brother-in-arms.

Shephard met him as she was leaving Guantanamo in 2010, while she was passing through the airport—he had heard about her book. She gave him her business card, and he emailed her right before filming of the documentary started. “His voice is important to have in there,” Shephard said.

Shephard spoke to Khadr for the first time in Edmonton

It wasn’t until Khadr was out on bail and living with his lawyer, Dennis Edney, in Edmonton, that Shephard got to interview him—two and half years after she made her original request for the documentary, when Khadr was first transferred back to Canada. However, the Canadian government refused to allow any media interviews—a number of media outlets went to court to fight the decision but lost.

Once released on bail, Khadr declined the request, according to Shephard. But after some “high-level negotiations,” the interview took place over the course of two and a half days.

He has since seen the shorter version of the film that appeared on CBC in the fall and the feature-length version at the Calgary International Film Festival—Khadr took part in the Q&A after. “He was incredible actually, and the audience was incredible,” said Shephard.

Guantanamo’s Child: Omar Khadr is not an activist film

Shephard and Reed were “adamant” not to make an activist film. “If through this we can just put the facts out there, a little bit more of understanding, and let you see the character rather than caricature, then let the debate continue.”

However, that has not stopped the members of the public from making their thoughts on Khadr’s case known. “I used to get, and continue to, just the worst, worst vitriol…and threats.” One threat had to be looked at by police, Shephard said. “This case just elicited such a strong reaction in people.”

But she said it was an important story to tell. “Everything that happened to him I felt really spoke to larger truths about [the] post-9/11 world,” said Shephard. “How our laws of war changed; how our relationship with the States changed; civil rights in general. His case encapsulated so much.”