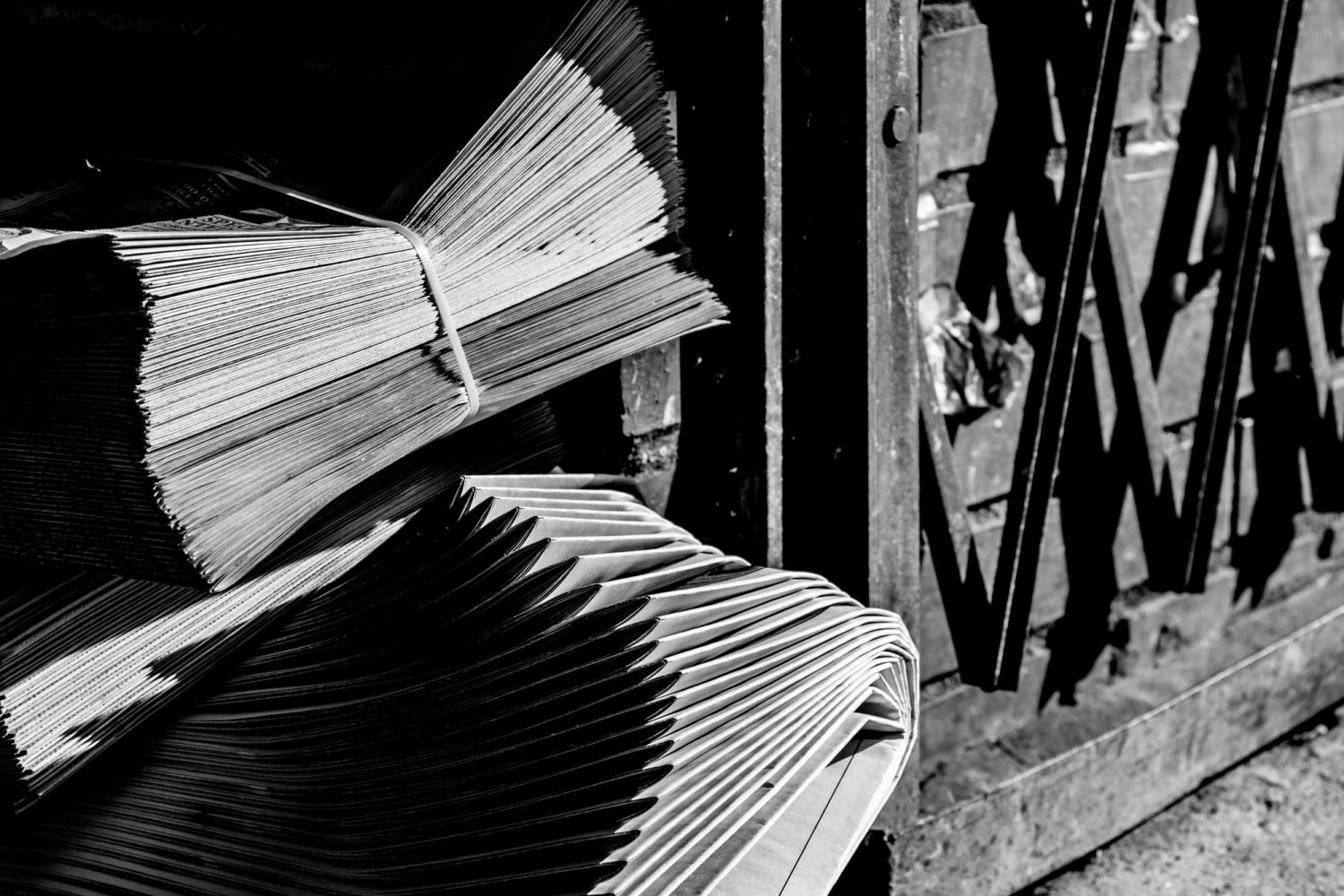 Ottawa is poised to provide almost $600 million in financial assistance to Canada’s news media. Will it do the right thing and restrict the incentives to Canadian-owned companies?

When news of the federal news bailout came down in November, Postmedia Network CEO Paul Godfrey could barely contain his glee, no doubt envisioning the millions that would soon flow into corporate coffers. He then retired with yet another multi-million-dollar payout, probably thinking his work was done on behalf of the U.S. hedge funds that own Canada’s largest newspaper chain. Not so fast, Mr. Godfrey.

One problem some Canadians have with the bailout is that much of the money might go to prop up old media, and some could even flow south to enrich the U.S.-based vulture capitalists who own Postmedia. The hedge funds took over the former Southam newspaper chain in 2010 after the then-Conservative government inexplicably allowed them to do an end run around Canada’s foreign ownership limits with limited-voting shares. The problem was compounded in 2015 when the federal Competition Bureau let Postmedia take over Sun Media, which was then the country’s second-largest chain. That gave the vultures 15 of the 22 largest English-language newspapers in Canada.

Despite promising not to do so before its takeover was approved, Postmedia then merged the newsrooms of its duplicate dailies in Calgary, Edmonton, Ottawa, and Vancouver in order to cut costs.

There is an easy solution to this problem, however. Simply make the promised financial assistance available only to wholly Canadian-owned companies which might be more concerned with our news needs than with their bottom lines. This would also have the self-serving political advantage of mitigating most of the damage the governing Liberals might suffer in the upcoming election from bailout backlash.

The biggest media myth extant is that newspapers are losing money. Their financial statements instead show they continue to make comfortable profit margins, albeit on steadily declining revenues. Postmedia’s operating earnings actually increased by 20 percent in 2018 to $65.4 million despite its revenues dropping by $78 million. That was no doubt because it closed about two dozen newspapers in 2017 after a 41-title trade with Torstar, which is now Canada’s second-largest chain. This prompted a Competition Bureau investigation into possible criminal charges of conspiracy against the chains for arranging more lucrative monopoly markets. Yet the myth persists that Postmedia is losing money and even approaching bankruptcy.

After talking to a wall on this subject for years in my own country, I recently turned my attention to studying the United Kingdom’s newspaper industry, with similar findings. The Cairncross Review report, a policy paper released last week by the U.K. government’s department of digital, culture, media and sport, looks at a sustainable future for journalism and makes mention of my research on its very first page, recommending subsidies for public service news coverage. While noting that newspapers are definitely declining, they quoted my latest paper, which found that “not only are newspapers profitable on an operating basis, most are more than just marginally so.”

The same sort of direct support for public service journalism was also recommended in Canada by a 2017 report from the Standing Committee on Canadian Heritage into media and local communities, which I instigated with an outraged visit to Hedy Fry’s constituency office in Vancouver Centre the previous year. In a story I tell in my 2016 book The News We Deserve, I protested that Postmedia’s newsroom mergers were illegal in Vancouver under terms of the 1957 partnership between the Sun and Province, and were hardly justified elsewhere given the company’s profitability and its previous promises. The feds are only now getting around to finalizing how to assist journalism after promising last fall to set aside $595 million for that purpose in the upcoming budget. Cue Mr. Godfrey dancing his jig.

But Ottawa has so far resisted the notion of bailing out old media and has promised to instead focus on assisting the ongoing transition to a digital future.

“Our approach will not be to bail out industry models that are no longer viable,” former Heritage Minister Mélanie Joly said in 2017. “Rather, we will focus our efforts on supporting innovation, experimentation and transition to digital.” Her comments came after the newspaper industry couldn’t belly up to the trough fast enough once it sniffed money in the air, proposing a billion-dollar bailout that Ottawa quickly rejected.

According to newspapers, most of the money should, of course, go to them instead of to online media. “We emphasize reporting over opinion,” wrote Bob Cox of the industry group News Media Canada. “No one wants to fund personal rants or political agendas.” This conveniently ignores the political agendas that newspapers have promoted over the decades, most recently Postmedia’s shadowy pro-oil alliance with the Canadian Association of Petroleum Producers.

The newspaper industry, as my research has shown, is still financially viable, just shrinking. Even if its top executives are led away in handcuffs, it will make a soft landing whether or not it continues to print a paper product. What Canada has an opportunity to do now is to buy back our news media from the clutches of profit-driven corporations. Decades of media ownership concentration can start to be unwound through judicious spending on more diverse digital media. The first step must be for Ottawa to finally put its foot down and insist the money goes only to Canadian-owned outlets.

I believe the foreign hedge funds would actually step aside willingly. The way they make their money is by skimming it off the top every month in the form of interest payments on Postmedia’s debt, much of which they also hold in addition to 98 per cent of its shares, which are almost worthless anyway. They should relinquish ownership happily to benefit the company and ensure this scam continues. Then, as Postmedia’s fortunes improve, the debt will eventually be paid off and the vultures will finally flock off for good. 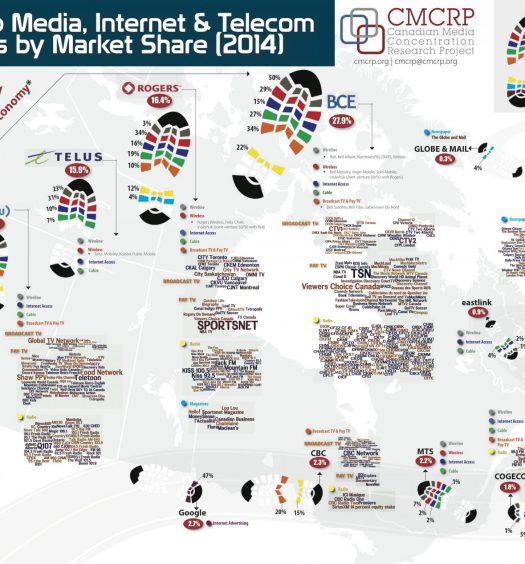 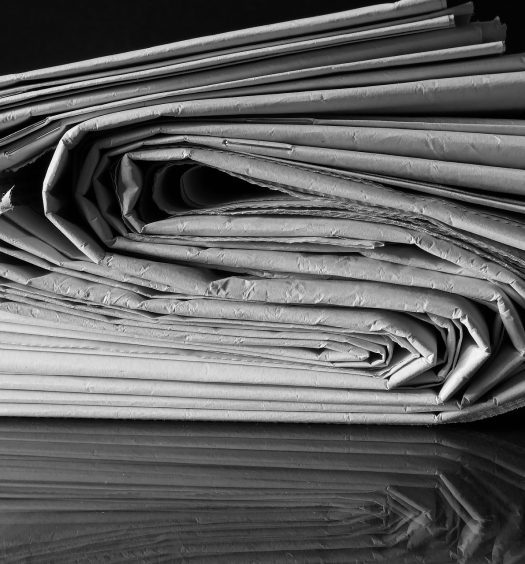