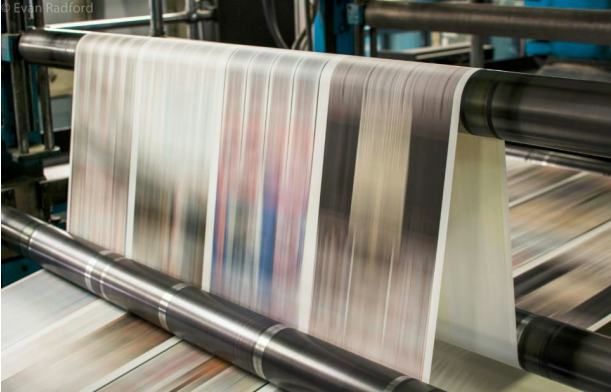 How to recognize where print still rules

If Canada is truly a country of communities, making journalism sustainable in one community is unlikely to keep it so in another.

Outside of the most quick-to-adopt tech-head you know, can anyone disagree that the more changes there are to information delivery, the less the average person cares? Apps come and go like accumulated laundry; the phrase “game changer” is so overused now as to be meaningless.

This continual churn of often conflicting information on that front, coming mostly from south of the border, confounds publishers attempting to get a fix on where to predicting where consumers choose to get their news fix by the day, hour and minute.

But the successful Canadian publisher in 2015 recognizes there are differences between geographic and cultural communities, and thus, delivery. Marketing companies have understood that for some time, but now have become far more sophisticated in putting that understanding into action.

Identifying content consuming “types” could well help publishers decide where to put their resources today, and then down the road.

Let’s put that theory into practice with an example. Let’s say you’re a longtime publisher of a medium-market daily newspaper. You’ve seen your lineage, classifieds and subscriptions dropping over time, and you keep hearing about digital strategies.

Do you sink precious few dollars into a digital product? Or do you double-down on print?

If you own a press, the latter may make the most sense. That’s about protecting your central investment. If overhead and legacy costs aren’t an issue, maybe a digital play more focused on your news consumer may be the way to go. But there be dragons.

I have a summer place in Haliburton, Ont., which is cottage country to many residents of the Greater Toronto Area. It is also home to a relatively media-rich community. It has its own community radio station, two commercial stations, two community newspapers with active online sites and some independent social media-based news sites—and that’s just what I know of.

What it does not have, at least where I reside on long weekends and summers, is adequate high-speed wireless service outside of the village itself. That’s a problem for Toronto-based cottagers who want their connectivity wherever they go.

So there is lots of print and radio, in an era of supposedly saturating wireless. This confounds those anxious to claim print is dead, when clearly it is not and won’t be for a long time, if at all.

The key is to be selective about the types of technology to make money by delivering news and information in a particular community. For we now know that what works in one, may only part work on another, or not even at all in another.

Gerald Tracey, owner and publisher of Ottawa Valley weekly the Eganville Leader, proved that point in spectacular fashion when he educated a pro-digital, anti-print and urban-centric panelist on the future of media at a newspaper conference in Toronto a few years ago. Tracey, a rural realist, lived his entire life in the community newspaper business and knew his audience better than any Bay Street marketing specialist ever would. He upbraided the young suit by recognizing success where print still rules, where paid subscriptions and advertising base remains strong.

“I’m not about to throw that away by devoting my business to digital delivery that my readers don’t care about,” he said to a roomful of applause.

Startups crash when they attempt a new product for an ill-fitting market. Think of a smartphone-based local news entity for a town of 3,000 where wireless service is poor at best. The publisher can’t leverage the rich media that video, graphic design and animation can bring. And besides, they put their ad sales people in the position of selling products for pennies instead of dollars. Who would work for fractions of cents in commission?

Patch.com in the United States did not understand that. It tried to franchise local digitized content without understanding that not all communities wanted the same delivery vehicle. The much-heralded Digital First project, which expended millions in investment dollars by claiming they were going to famously “stack pennies”, made the same basic mistake.

If Canada is truly a community of communities, making journalism sustainable in one community is unlikely to keep it so in another.

Remember, digital technology is only as good as long as it serves people. If it serves nothing more than producing cheap content to attract multiple eyeballs, it’s not doing its job.

People, not algorithms, remain the singular driving force behind whether one delivery system works better than another. Just because it’s new, doesn’t mean it works.