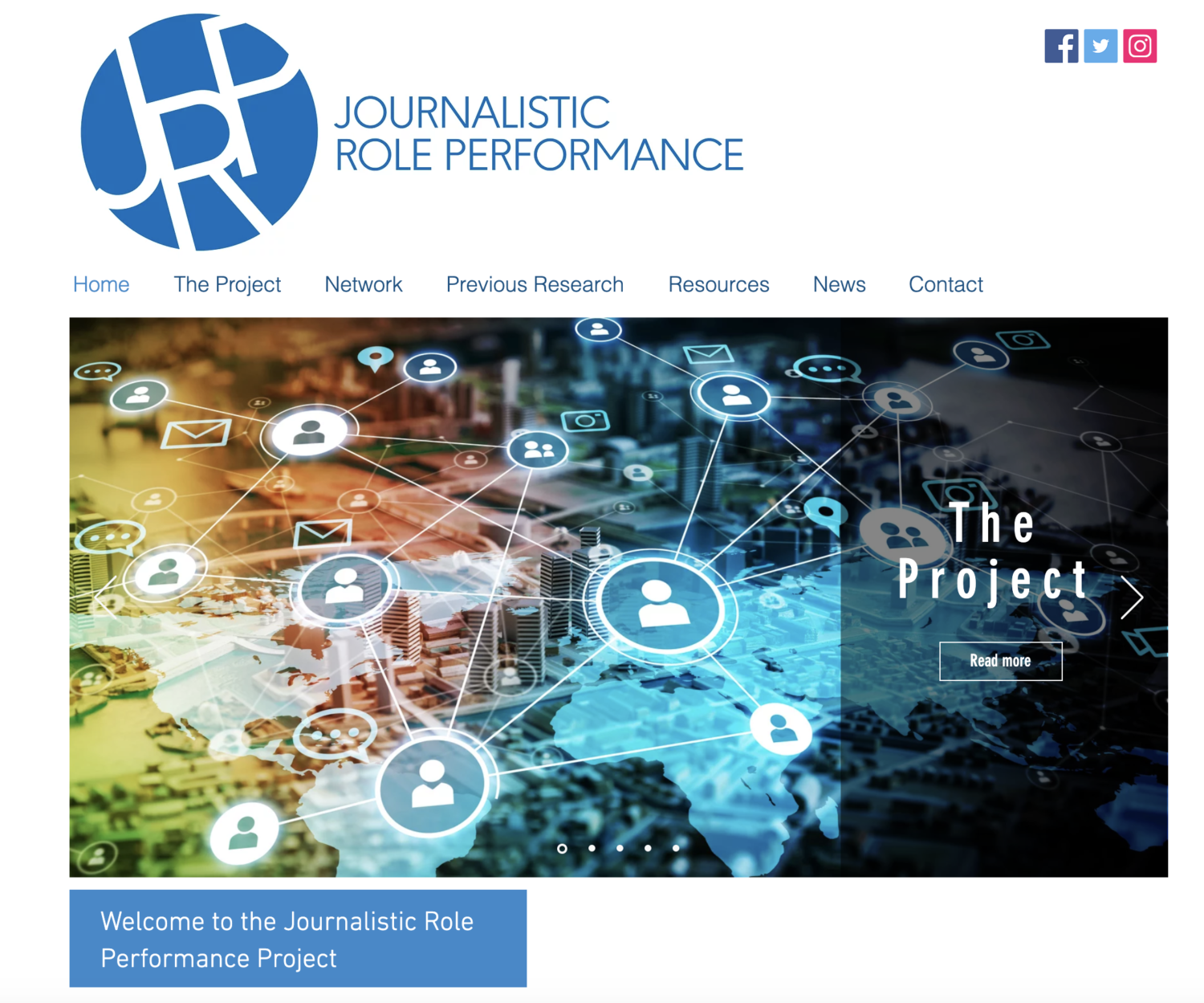 Ideals versus practice: The complex roles of modern journalists

By Nicole Blanchett and Megan Seligman  •  2 years ago

Is there a difference between the ideals that journalists believe in and how they practice their journalism? And, if so, what does that mean for media workers and news reporting? That’s what a team of researchers from 47 countries around the world, including Canada, is exploring with the Journalistic Role Performance project.

With the idea of what journalism is and what counts as journalistic work being challenged everywhere, the international project lead believes the timing of the study is crucial.

“Understanding how and why journalistic roles are performed around the world is fundamental for this moment in journalism, in which the profession, its practices, and its credibility are increasingly being questioned,” said Claudia Mellado, a professor at the Pontificia Universidad Católica de Valparaíso in Chile.

The JRP project goes beyond the idea of industry defined roles such as covering a particular beat and examines journalistic role performance using three categories: the presence of a journalist’s voice in their story; the relationship between the journalist and news outlet to those in power, economically or politically; and the journalist’s relationship with the audience — are they seen as citizens to inform and support or customers to sell to?

For analysis, journalistic roles are divided into six dimensions. The first is the interventionist role, where a journalist takes sides or promotes action as part of a news story. The second and third roles are about power relations — the watchdog’s role includes critiquing the government, while the loyal facilitator supports government narratives. The relationship with the audience is the focus of the last three: in the service role journalists cover everything from consumer tips to health care recommendations; in the infotainment role, they create content that is geared more to entertain than inform; and in the civic role, they put the perspective and rights of citizens at the forefront of coverage.

This is the “second wave” of the JRP project. The first ran from 2013 to 2018, with researchers from 18 countries focusing on newspaper journalism. A recently released book highlighting findings from the first wave, Beyond Journalistic Norms, is edited by Mellado, and works to explain differences between “normative visions and actual practices.”

Sites of study in Canada include CBC.ca, huffingtonpost.ca, LaPresse, the Globe and Mail, the Toronto Star, the National Post and broadcasts from Radio Canada, CTV and Global. Throughout 2020, on 14 different days, researchers collected thousands of stories produced by these news outlets, and thousands more were collected from other news outlets by researchers from around the world. All of the stories are being analyzed using a codebook shared by the global team, allowing for a cross-country comparison of the similarities and differences in the prevalence of journalistic roles in news content on different media platforms. Additionally, international research teams are tracking how many stories being studied are related to COVID-19.

An anonymous survey is also being sent to hundreds of journalists across Canada, and thousands around the world, who created the content being studied. The survey asks questions specific to theoretical constructs of role performance, but also on practical things like the use of metrics and analytics in newsrooms and how much autonomy journalists have in selecting the stories they develop. The survey results will be compared to the content to help determine gaps in ideals versus practice.

For example, if you ask most journalists, they’ll tell you a critical part of a journalist’s job is holding those in power to account. But despite the level of importance ascribed to that function, devastating cuts in newsrooms mean there are fewer reporters who have the time or resources to perform it. And, changes in practice are leading to new priorities and definitions of what encompasses journalism.

An audience engagement editor participating in the Canadian study insisted they’d never been a journalist, but rather a “media person.” The reason? Even though they created content for their organization’s website and had written and worked as an editor for a number of news organizations, they were more interested in “the reader” than “the story.”

A Canadian journalist talked about the lack of resources to do “important work” and demands to create more listicles or “10 things you can do”-style stories because editors felt they were popular.

Another noted, “You can spend so much time writing an investigative piece that gets one share and the kitten story gets hundreds.”

A freelance journalist said news is now “what people want to read.”

What journalists believe to be ideal practice and the work they actually do does not always align, and the gap in that alignment is the focus of the JRP project.

Traditionally, journalistic practice has been compartmentalized. But many surveyed journalists from the first wave of JRP didn’t fall into traditional paradigms, and the importance they placed on specific roles had little relation to whether they performed these roles.

For example, the infotainment role, creating content with an emphasis on entertaining the audience, had a more predominant global presence than the service role in content that was analysed, and infotainment wasn’t siloed to a particular type of newspaper or beat, but spread across topics and cultural contexts.

The first wave found that journalistic roles are becoming hybrid in an industry where journalists are expected to cover more ground, often working as freelancers.

“They work for different media outlets, they produce stories in different beats, and write for different audiences all at the same time, so it makes sense to think that they are constantly negotiating their ideals with situations that require the combination of specific performances,” said Mellado.

“Sometimes, they are watchdogs, other times they are entertainers, sometimes they intend to perform a service function, and others they do everything together.”

Although roles are changing here in Canada, there is not as much polarization of media as seen in some countries, particularly the United States, nor the same level of restrictions as seen in media systems with governments that have more control over the circulation of information.

There is also broad agreement on the importance of journalistic ideals such as verification and working to share evidence-based information.

“The journalistic field has been very normative in nature, dictating to us whether journalism can be considered ‘good’ or ‘bad,’” said Mellado. “And in my opinion, the excess of normativism is not helping us in our understanding of how journalism continually redefines its rules in different logics and historical times. Norms also evolve.”

Journalistic practices are complex, as explored in research on the use of metrics and analytics in newsrooms. As a result, Mellado emphasized that journalistic roles should not be studied out of context: “Journalistic practice is embedded in organizational and industrial contexts shaped by social factors: economic, political, cultural. This idea is common sense, but it is still not sufficiently recognized.”

Although much was learned from the first wave of JRP, researchers recognized that the initial study had significant limitations, including the fact that only newspaper content was being analyzed. That is why the current, second wave is taking a multiplatform sample, analyzing content from television and radio newscasts, websites and newspapers.

Mellado said another issue with the first wave of the study was that only hard-news stories were examined, blocking the understanding of “how professional roles may play out differently in other topics.”

This time, all types of news stories are being analyzed, from politics to lifestyle to entertainment, and, as a result, a wider range of journalists surveyed.

Finally, Mellado identified a limitation with the sample of countries involved in the original study; there were none from Oceania, the Middle East or Africa. Now, there is representation from each of these areas and even “different areas that make a difference within each region or continent.”

There are, however, some unique components to the Canadian study. Its survey includes a section on the working conditions and roles of journalists in the pandemic, and there is a qualitative component including interviews with some of the journalists whose work is being analyzed, along with limited pre-pandemic newsroom observation.

Blanchett, Owen and Vallender discuss the JRP methodology and unique components of the Canadian study.

The international dataset being collected by the JRP study is of vital importance in understanding the ever-shifting field of journalism and providing new understanding with regards to the impact, or changing impact, of differing media systems on journalistic practice. In another publication highlighting the first wave’s findings, researchers identified that, now, “practice can differ more clearly between journalists and media organizations than between countries.”

From a Canadian perspective, the JRP project will provide critical insight into journalistic practice in Canada in the unprecedented period of the pandemic. Along with the material required to perform analysis for the JRP project, Canadian researchers have also collected supplementary data from all Canadian sites of study from January to June of 2020, documenting corrections and editor’s notes; the ratio of original to third-party content being published or broadcast; and temporal data related to the number of days well-performing stories are kept on website homepages, creating a rich dataset of journalistic output.

Through the JRP study, Canadian researchers hope to gain greater knowledge of the changing roles of journalists and content creators with a goal of better understanding what skills should be taught in journalism schools.

By combining the study of news production with research on professional roles, findings will allow both industry professionals and educators the opportunity to critically reflect on theoretical narratives of practice versus actual performance, in order to better examine how journalists might best serve the public.

“Norms are good for constructing discourses of occupational legitimacy,” said Mellado, “but we shouldn’t think about journalism in the abstract, and we should not make absolute claims about the relationship between the practice of journalism and concepts that are quite culturally bound, such as democracy, objectivity or autonomy.”

Nicole Blanchett is an associate professor in the School of Journalism at Ryerson University and the principal investigator of the JRP Canada team. Megan Seligman is a graduate of the Master of Journalism program at Ryerson, a freelance writer and research assistant with JRP Canada. The JRP project was supported by Mitacs through the Mitacs Research Training Award. 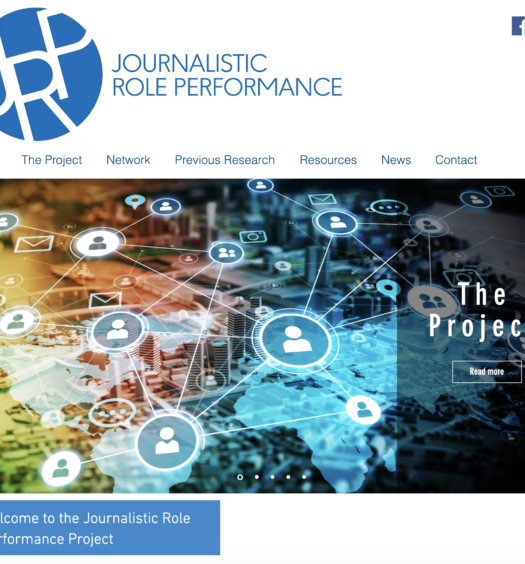 Ideals versus practice: The complex roles of modern journalists