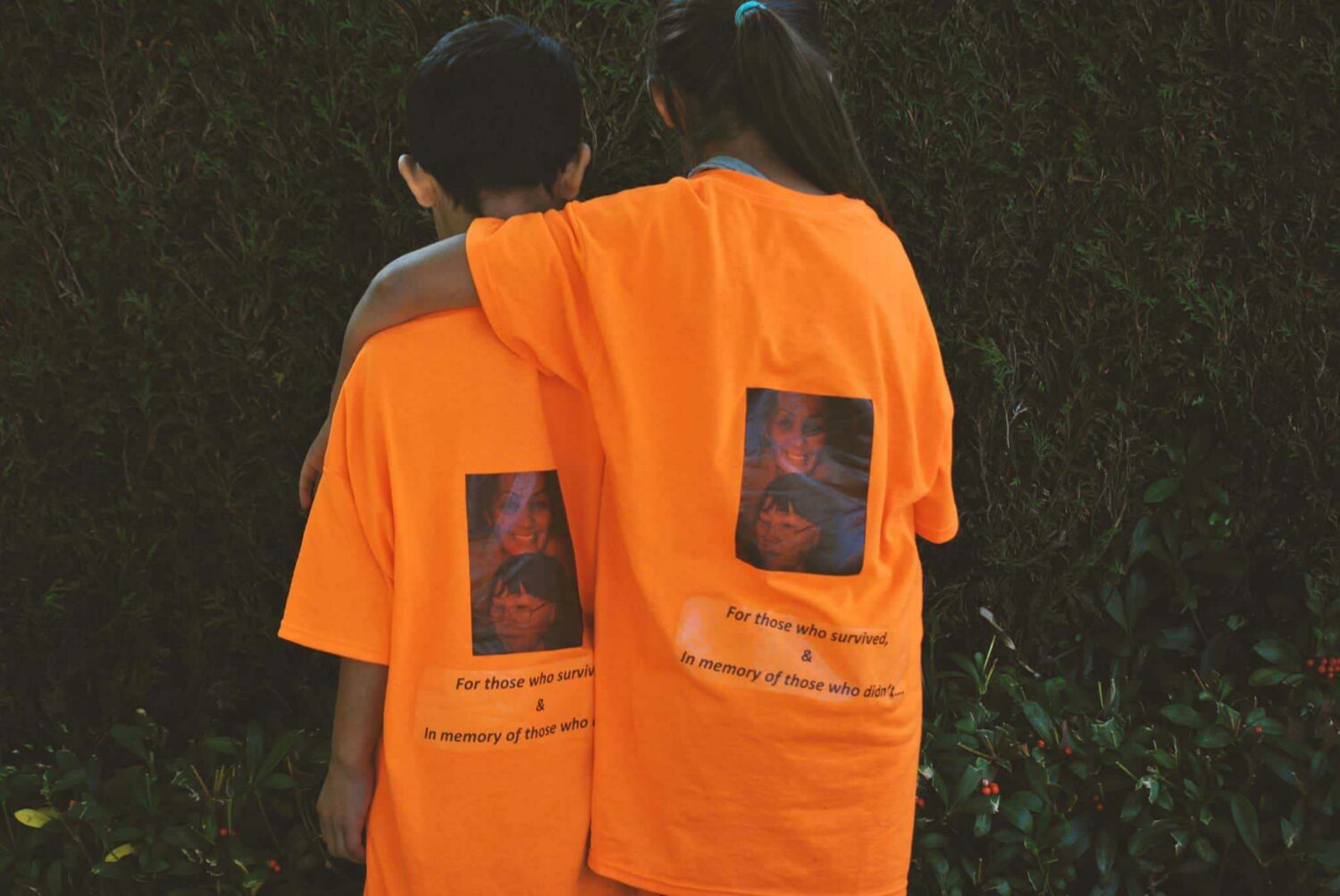 When the news of a mass grave uncovered at a former residential school in Kamloops, B.C., broke in May, a crush of coverage rippled through news cycles in Canada and international media.

“We see ourselves as experts of our people. We don’t speak for anybody, but we know the protocols of how to deal with the situation that we are dealing with,” said Kelsie Kilawna, a reporter at IndigiNews.

Trauma-informed reporting practices are central at the independent, Indigenous-run digital outlet, launched last year as a partnership between APTN and the Discourse, covering Indigenous communities in the Okanagan and Vancouver Island.

Instead of reacting immediately to the news cycle, IndigiNews makes space for its reporters to practice trauma-informed journalism, strengthen community relationships and provide in-depth coverage.

For them, everything needed to stand still to follow the ceremonial protocol for grief. Coverage in the Okanagan would not begin until the sacred fire lit in memory of the 215 children was out.

Kilawna, who is a Syilx and Secwépemc woman raised in Inkumupulux, the head of Okanagan Lake, went on Twitter to address gaps in newsrooms’ understanding of how to reduce harm when telling stories of Indigenous trauma.

Since, she’s heard from newsrooms wanting to know more. Now, she is developing a trauma-informed reporting guide based on her traditional teachings and ethics to assist journalists across media.

IndigiNews decided that they would not reach out to sources impacted by the news of the Kamloops Indian Residential School unless they approach IndigiNews.

Kilawna’s reporting will be based on what she was taught, following the Syilx oral law captikwł, oral storytelling laws that say “the smallest voice and the unheard voice is the most important voice.”

She also reached out to other nations to research their respective storytelling and grief protocols.

All reporters at IndigiNews have written personal essays about how the discovery at Kamloops is impacting them, said Kilawna.

“The intention of our personal essays was to be completely transparent, was to self-locate as a journalist and as an Indigenous person,” she said.

Self-location asks journalists to consider whether a story is theirs to tell, examine their relationship with the issue and their connection with people in a nation.

Kilawna, as she wrote, will be “speaking as a mother” when reporting on the Kamloops Indian Residential School — she will focus on the relationship between communities, maintaining relationships and healing.

She added that this is called En’owkin, a community sustainability process in egalitarian ethics aimed to resolve conflicts and provide strength to the community when issues arise. Individuals are given a voice regarding their gifts and would identify which voices they are speaking, including the mother’s voice, the youth’s voice, the elder’s voice and the father’s or male’s voice.

“Each has a different duty. For me, I have to identify first before I move into my works so I know how I would guide my work,” said Kilawna, adding that without self-location, her work would not be trauma-informed.

During interviews, Kilawna said they would develop a safety plan with each source by making sure they have a support system. And journalists will check in with sources and offer them counselling resources if necessary.

Sources are offered spaces to talk about the issue and are informed that Kilawna has the emotional capacity to handle difficult conversations.

“So many people won’t share because they don’t want to inundate another [Black, Indigenous and person of colour] with it, so I held space for that right away,” said Kilawna.

There is a place for non-Indigenous reporters, she said, which is to hold the Canadian government and churches accountable for the ethnic cleansing of Indigenous people.

In an effort to minimize harm at IndigiNews, sources are allowed to pull their interviews at any time before publishing, and in some cases, even after.

“We check in [with sources] the evening before bed because we know that’s the time when people start getting kind of anxious about releasing their story,” she said.

Kilawna said sources are informed that although some stories may be republished by other Canadian media outlets, it’s possible to take it off the IndigiNews website.

“We just stay in touch with people and let them know that they are always in control of their voice and the outcome of everything.”

Other practices include using content warnings for those who are impacted so they can avoid the articles and providing mental health support lines in all stories.

Here are more guidelines for reporting on Indigenous communities:

Created and curated by Duncan McCue, RIIC is an online education guide for journalists who report on Indigenous communities, first published in 2011. McCue is Anishinaabe, a member of the Chippewas of Georgina Island First Nation in south Ontario.

The guide is divided into three sections: At the Desk; In the Field; and On the Air. For At the Desk, McCue talks about how to pitch stories, sourcing and assigning stories. In the Field focuses on gathering information, tips on interviewing Indigenous sources and respecting Indigenous customs and protocols during interviews. On the Air discusses providing context and publishing a story.

A two-page reporter’s checklist is also provided for reporters to remind themselves when reporting on Indigenous stories.

In 2017, Journalists for Human Rights published a Style Guide for Reporting on Indigenous People.

The guide is a quick terminology guide to help journalists accurately identify and cover Indigenous communities.

According to the guide, journalists should be specific about the background group, individual or community as the history, language and culture of Indigneous Peoples is diverse.

The report features expert analysis written by Indigenous scholars and journalists, as well as recommendations for journalism schools, working journalists and media outlets.

Reporting in Indigenous communities: 5 tips to get it right

The five tips are: be cautious about stereotyping; try placing Indigenous history and context into stories; consult a variety of sources; balance positive and negative stories; and build relationships.

This is a simple guide for journalists on covering events involving elders’ teachings. It includes simple protocols for approaching elders, giving offerings and attending ceremonies.

Elements of Indigenous Style: A Guide for Writing By and About Indigenous People

Gregory Younging, who was an editor and the publisher of Indigenous publishing house Theytus Books, was a member of the Opaskwayak Cree Nation of Cree and Chinese heritage.

In 2018, he published Elements of Indigenous Style to answer common questions and stylistic choices editors and writers have when creating Indigenous-related work.

The book also addresses appropriate terminology and what to avoid when editing stories.

What questions will the future of press councils study ask? Give your input...

Read More
What questions will the future of press councils study ask? Give your input