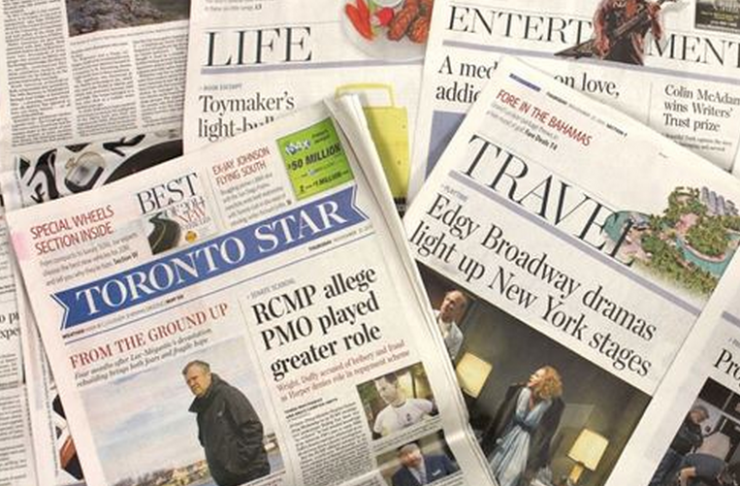 Torstar announces Cruickshank will leave on May 4, 2016.

After seven years as the Toronto Star’s publisher, John Cruickshank is stepping down.

In a press release sent out Mar. 16, Torstar announced Cruickshank would leave the paper on May 4. David Holland, president and CEO of Torstar, will serve as interim publisher.

Citing three initiatives—the launch of Star Touch; the development of the new thestar.com, now in beta and the closure of the Star’s Vaughan printing plant in favour of outsourcing to Transcontinental—he told J-Source it was the logical moment to leave.

“You just kind of felt like that this latest wave of multi-platform strategy was well in hand and moving in the right direction,” he said.

Cruickshank shepherded the paper through changes and challenges. The bombshell investigation of Rob Ford’s alleged drug use broke in 2013, and for months, the Star was at the centre of public fighting over whether a video of Ford smoking what appeared to be crack-cocaine existed or not. When then Toronto Police Chief Bill Blair announced in November 2013 that he had seen the video, Cruickshank wrote in a Star editorial, “The truth finally found a few more friends in Toronto yesterday. It badly needed them.”

“One of the things that I did after coming to the Star was dramatically increase the investment in investigative reporting,” Cruickshank said. In the past several years, investigative stories appeared on the front page of the paper with frequency.

Though no longer publisher, Cruickshank is not leaving the journalism world—far from it. According to the Star he will continue to serve as one of Torstar’s directors on the Canadian Press Enterprises Board and chair of the Canadian Journalism Foundation Board. He’ll also be doing some public service work—Cruickshank works with both the United Way and is on the board of St. Michael’s Hospital in Toronto.

But after nearly 40 years in journalism, he is ready to start the next chapter.

“You're kind of like a baseball manager or a hockey manager,” he said. “You just need renewal from time to time, and I've had a really great run.”