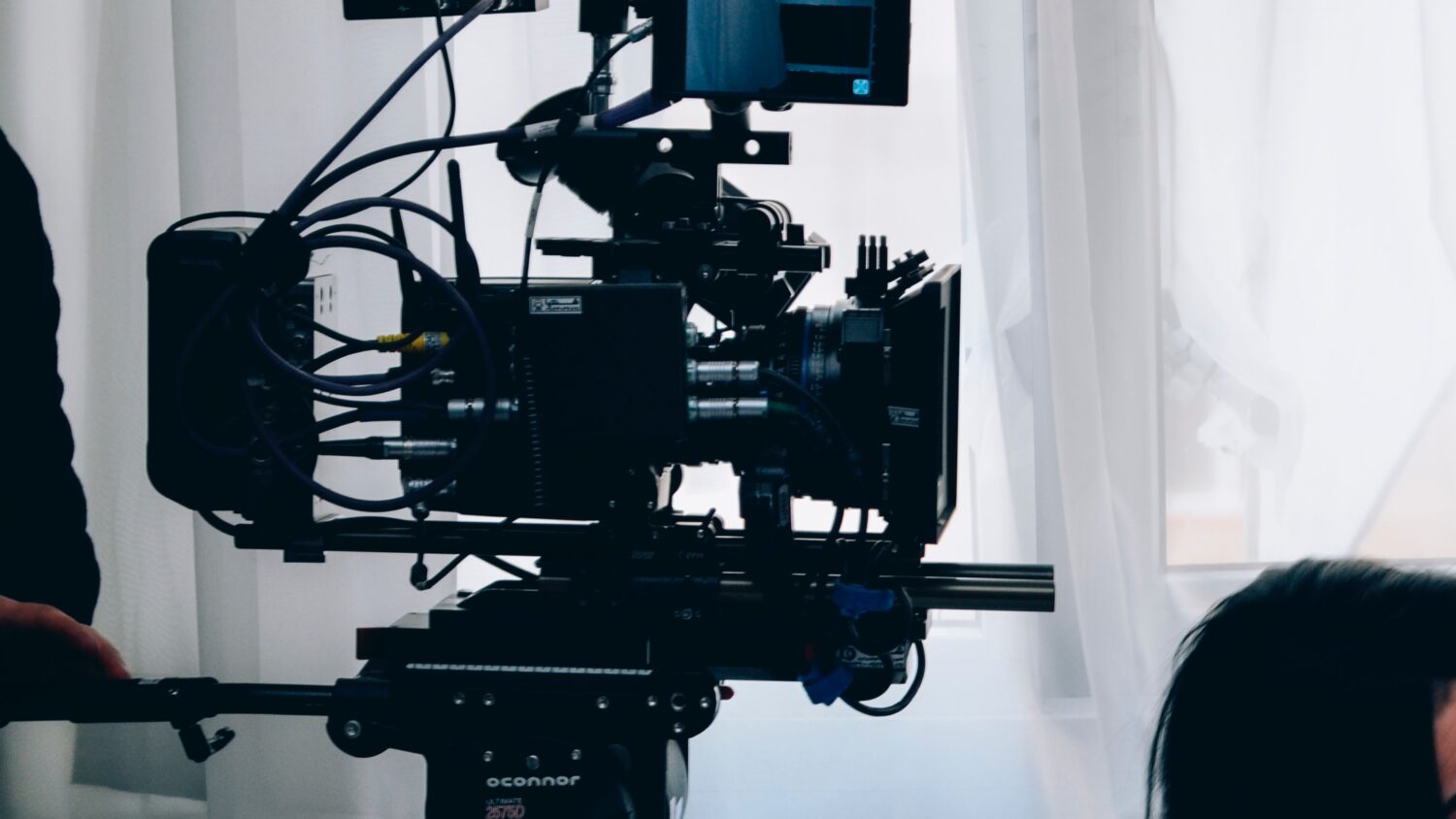 By Erin Reid and Farnaz Ghaedipour  •  2 years ago

Nearly all study participants had been laid off — in most cases, multiple times

Dozens of Canadian journalists were recently laid off as HuffPost news sites were closed by BuzzFeed. Bell Media Inc. has also laid off hundreds of journalists.

There has been a rise in freelance and gig work in low-skilled jobs such as care work, domestic services, trade work, delivery services and transportation. And there has been a recent increase in gig work in higher-skilled fields such as information technology and creative work as well. People in these precarious fields of work describe their work as intense and demanding, but at the same time, unstable and insecure.

As scholars of work and organizations, we wanted to understand how people in fields offering mainly precarious employment handle the day-to-day demands of their work as they navigate this instability. We analyzed in-depth interviews gathered from more than 100 journalists — some employed full time, others working as freelancers — about their careers and work experiences.

Our interviewees described their work hours as unpredictable and dictated by the news cycle or editors’ demands. Journalists also described being expected by editors to be geographically mobile for their work, either within a given job to report a particular story, or between contracts in order to move upward or to simply remain in the occupation. Many were concerned that not being amenable to such demands might result in them being perceived to have “lost their legs,” marking them as someone to be laid off.

These demands echo what scholars have termed the ideal worker norm: expectations that good workers will dedicate themselves to their tasks and place their work ahead of other parts of their life. In exchange for this dedication, workers traditionally received rewards, in the form of steady employment, promotions and pay raises. Yet, for journalists, these rewards were mostly absent or lasted only until the next news organization downsized.

Most of the people we interviewed described persistent financial insecurity and anxiety about the stability of their jobs. Nearly all participants had been laid off — in most cases, multiple times. Recalled one: “I was laid off in a phone call. And, with no reason really. I mean they had laid off a lot of people.”

The journalists we studied were caught between intense demands from employers for near-total commitment and persistent anxiety and financial insecurity rooted in the precarious conditions of their work. We find that they make peace between these different pressures by, for the most part, making themselves fully available for their work, and leaning on their families to make up the gaps.

In our sample, journalists with families relied heavily on them for logistical support to meet the occupation’s demands, as well as financial support necessary to weather financial insecurity.

Many relied on their spouses or extended family members for household labour, including child care and housework, so they could meet the occupation’s demands for availability and mobility. Some also leaned on their spouses’ work to provide a financial cushion for the unpredictability of their own income.

One, speaking of the importance of her spouse’s steady income to her ability to work in journalism, admitted, “I could not do what I’m doing now if [my spouse] were not footing the bills.”

Some journalists also described relying on extended family members, such as their parents, for ongoing financial support, child care and other logistical help. One told us, “I think even more than gender, race and socio-economics dictate whether you even go into this field, because … I’ve always known that I have a safety net of my parents. I always know that I have a financial and residential safety net should I ever lose my job or have a problem.” 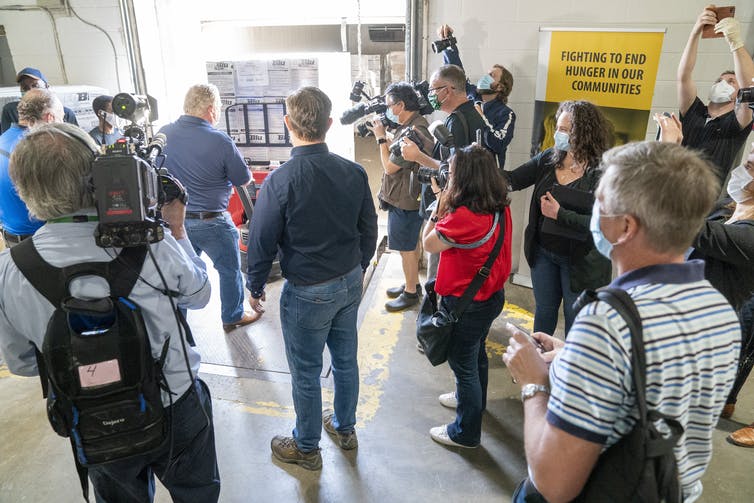 Journalists at a media scrum reporting on the opening of a new Daily Bread Food Bank in Toronto in May 2020. THE CANADIAN PRESS/Frank Gunn

Yet not all journalists had families. Many in our sample described sacrificing family life entirely — not having children or a long-term partner — due to the demands of the job. For some, these decisions were conscious, for others, it was an outcome of the demands of the work.

When asked about combining work and personal life, one participant who worked in the profession for 30 years admitted he did not really have a personal life and that his life outside of work was limited to meet-up groups and Saturday night entertainment when he “could afford it” financially.

He shared: “There’s so much emphasis and so much focus on career advancement at the expense of everything else, both suffer … when I work a Tuesday-to-Saturday schedule, it’s hard to have a personal life, especially when you’re on call, like when I was covering breaking news.”

Precarity is a reality

Amid the undeniable growth of the gig economy that is predicted to accelerate even more in the aftermath of the COVID-19 pandemic, precarity has become the reality of the working lives of both professionals and low-skilled workers. The current thinking on the implications of this economy has mostly focused on implications for the workers themselves.

Our work suggests that the gig economy imposes costs not only upon the workers, but also upon their families of origin, the families they create and the families they choose not to create. Governments and labour market policy-makers must take these spiralling implications of the gig economy into account as they work to create new policy regulations and solutions for workers and families.

Furthermore, organizations that employ freelance workers must be aware that in a precarious occupation, they’re likely to do everything they can to meet the employer’s demands. That’s a devotion that could result in significant negative emotional and mental health-related consequences. 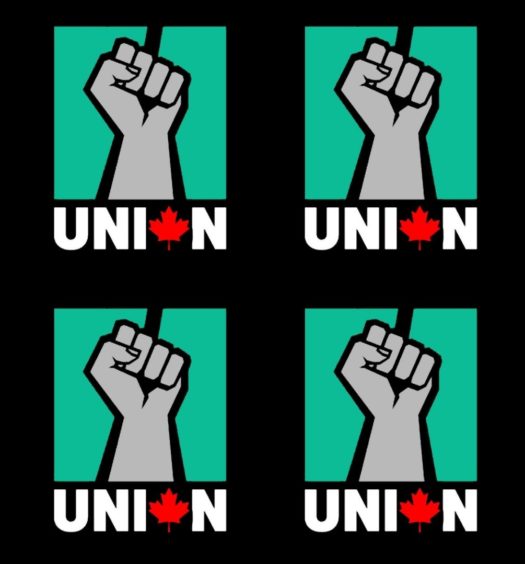 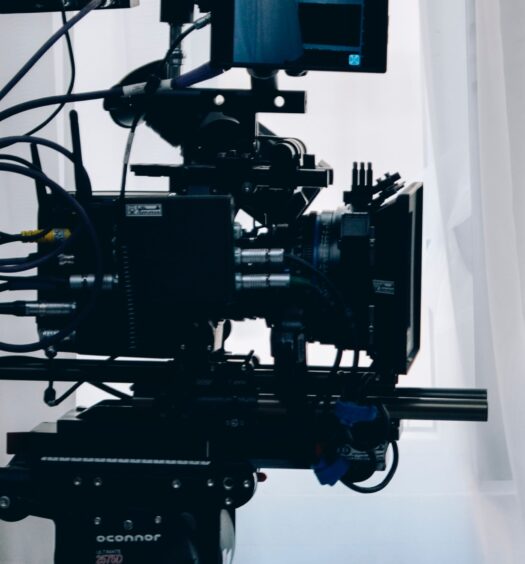