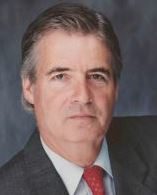 Desbarats, an award-winning journalist who worked with Global Television, Reuters, the Montreal Star and the Toronto Star, has died.

Peter Desbarats, an award-winning journalist who worked with Global Television and was the former dean of the University of Western Ontario’s graduate school of journalism, died at age 80.

According to an online profile, Desbarats started his career as a copy boy with the Canadian Press in Montreal. He worked as a political reporter for Reuters in London, U.K., and a foreign correspondent for the Montreal Star. Desbarats then co-anchored Global Television from Ottawa, alongside Peter Trueman in Toronto, when the network launched in 1974. He won the 1977 ACTRA Award for best news broadcaster. He later joined the Toronto Star as a national affairs columnist.

“He was in many ways a man of the Mad Men era: handsome, well dressed (he almost always wore black), great at his job and cool in a Don Draper kind of way,” the Globe and Mail said in an obituary. “He was among the first to sport long sideburns, and wrote a magazine article about it, and for a while wore a Sherlock Holmes-style cape. He rode a motorcycle to work.”

Desbarats served as the dean of the University of Western Ontario’s graduate school of journalism from 1981 to 1997. He was also a director of the Canadian Journalism Foundation and the Canadian Civil Liberties Association and worked as an associate director of research with the Royal Commission on Newspapers, also known as the Kent Commission, which came out in 1981.

“Desbarats was a committed journalist in relentless pursuit of truth, clarity, relevance, self-reliance, creativity and the reinvention of both storytelling forms and their storytellers,” Larry Cornies, a journalist in London, Ont., wrote in the Free Press. “There are thousands of us who will not soon forget him.”