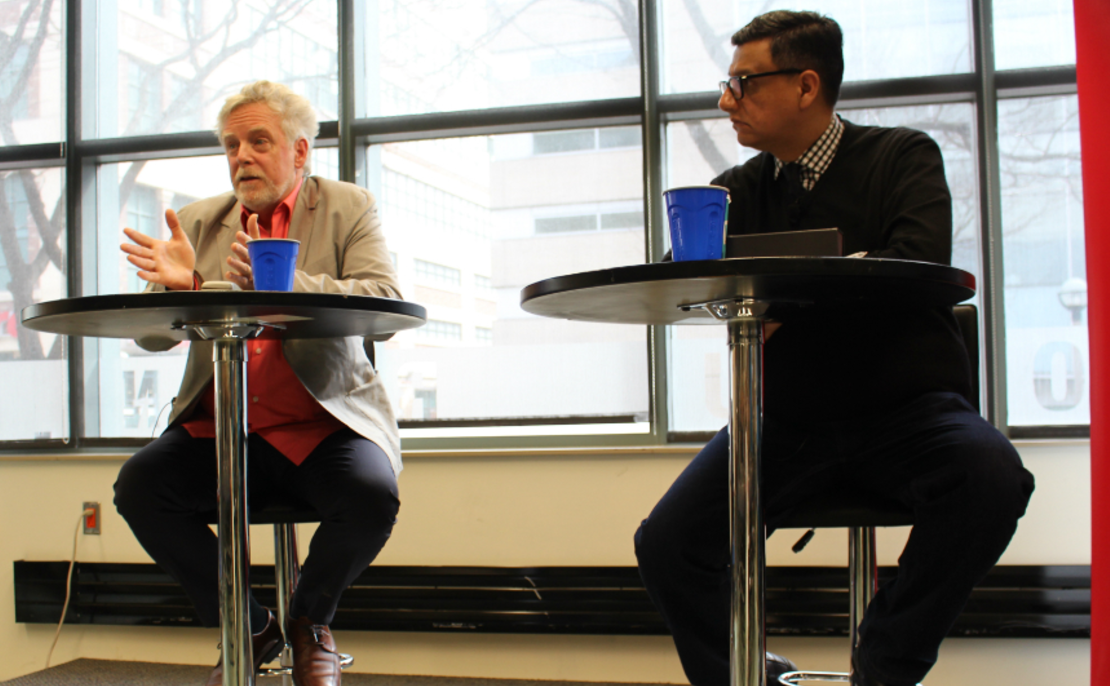 Journalists in Mexico are risking their lives to do their job

Mexico’s drug cartels are making full use of cyberspace to mount a campaign of intimidation targeting the country’s journalists and society.

Since he fled Mexico in 2008, the drug cartels’ presence on social media has expanded and they now broadcast torture, decapitations and killings on blogs like Blog Del Narco, Nájera said during a March 9 presentation at the Ryerson School of Journalism.

Nájera, who is now the PEN Canada George Brown Writer-in-Residence, said reporting on drug cartels and political corruption is now so dangerous for journalists that it is difficult for them to find safe havens inside the country: “Mexico City, before, was considered a safe place or safe city. But now, this is also a place of risk for journalists.”

In 2015, news magazine Proceso’s photojournalist Rubén Espinosa received threats in Veracruz and fled to Mexico City for safety, where he was subsequently assassinated. His colleague, Proceso crime reporter Regina Martinez Pérez, had been found dead in her Veracruz home in 2012.

No one knows who killed them, said James Cullingham, a documentary filmmaker and journalism professor at Seneca College, who appeared on the panel with Nájera.

“It could have been cartels, it could have been the state government of Veracruz or a police force in Veracruz in collusion with the cartels,” said Cullingham, who teaches a course on Mexico’s relationship to Canada and the United States. “Most of these deaths are not solved and the investigations are either immediately discredited or are so suspect that nobody in Mexico believes them, and in both [of these cases]…no one knows. They were journalists who were investigators and they were killed.”

CBC Ombudsman weighs in on decision to exclude May from leaders’ deba...

Read More
CJF J-Talk: Election 2015: How the Votes Were Won