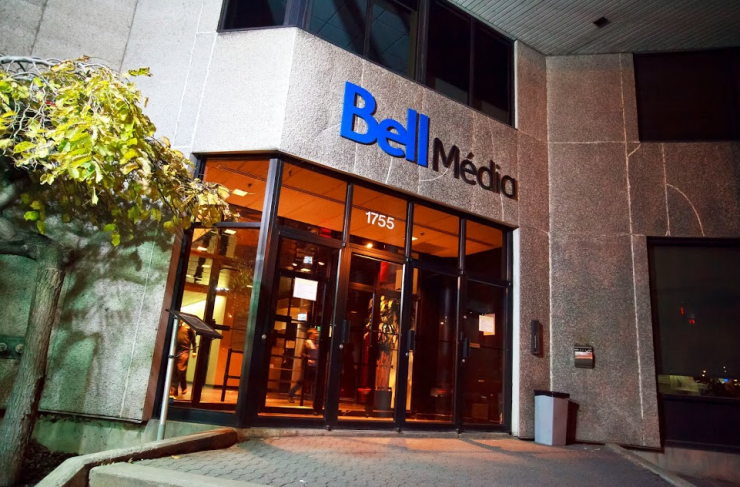 A representative for the union representing Bell Media employees is decrying recently announced layoffs that will leave over 350 people without jobs.

Randy Kitt, president of Unifor Local 79M, which represents about 550 employees at Bell Media, said the layoffs are a result of several recent changes to CRTC guidelines.

The Globe and Mail first reported that Bell Media would lay off 270 people in Toronto and 110 Montreal. In Toronto, 220 of those jobs will be from production, editorial and operations; in Montreal, 70 are from those same operations. This follows several other restructuring moves and the layoffs of several management-level employees.

Scott Henderson, vice-president of communications for Bell Media, told J-Source in an email no one is doing interviews about the job losses. According to the Globe, BCE Inc. and Bell Media CEO and president George Cope said during a conference call the restructuring was a result of CRTC rules.

In January 2015, the CRTC ruled that American advertisements must be played during the Super Bowl starting in 2017. Typically, Canadians ads were substituted for the American ones during the broadcast on CTV. However, viewers hoping to see some of the iconic and expensively produced Super Bowl ads complained about the practice to the CRTC.

Just a few months after the decision on ad substitution, the CRTC also changed its television Canadian content rules, eliminating daytime Canadian content exhibition rights on local networks, according to the Globe.

Current national news programs that run on CTV during the daytime include Canada AM and noon-hour news programs. It also airs The Marilyn Denis Show and The Social. CP24 is also under Bell Media’s umbrella. Kitt said he has no information about which specific editorial departments will face layoffs.

The CRTC also ruled that subscribers had the right to purchase basic cable packages that include pick-and-pay options, as opposed to preset bundles, according to the CBC.

“My feeling is that the Conservative government put into place the mandate for the CRTC to look at television with an aim to deregulate and this is a direct result of it, and we’re going to see more of it,” said Kitt. He hopes the new Liberal government will instruct the CRTC to review these policies.

Unifor members have been advocating for the CRTC to make more robust Canadian TV regulations since last year, after the CRTC launched its Let’s Talk TV initiative to gather feedback on what Canadians wanted from their broadcasters. Speaking to rabble in March 2014, Kitt noted that many media workers’ jobs are connected to the CRTC regulations.

The layoffs are upsetting for Kitt and his colleagues. “It’s a sad day for us,” he said, noting that it’s friends, colleagues—possibly himself—that may be among those laid off.