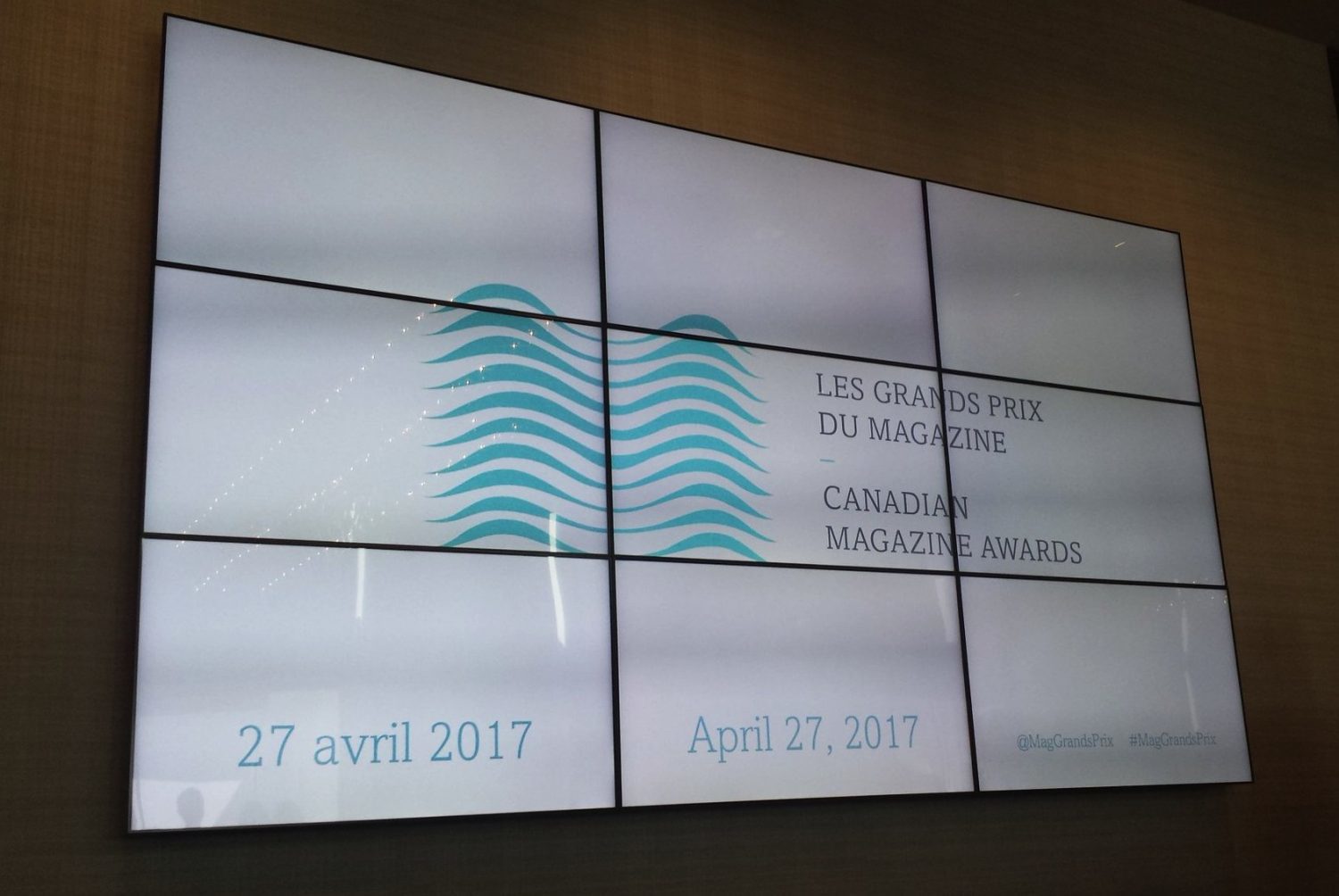 Canadian magazine editors and writers can now compete for a new set of awards.

On Sept. 21, Magazines Canada announced that establishment of the Magazine Grands Prix, which will have its first reception in April 2017, during Magazines Canada’s annual MagNet conference.

“I think Magazines Canada has been bringing together, under one umbrella, all the elements of the magazine industry,” Douglas Knight, chair of the Magazines Canada board and president of St. Joseph’s Media, told J-Source after announcing the awards at a short press conference at Toronto’s Thompson Hotel.

“There was general recognition amongst many of the editors that it would be terrific for Magazines Canada to have under its umbrella a very focused awards program to recognize the very, very best,” he added.

Magazine Grands Prix is being touted as “bilingual, diverse and open,” according to a press release. The new awards have 26 categories, including prizes for editor of the year and magazine of the year. Submissions will be accepted from any platform, though eligible magazines must have had two print editions each year.

Half the awards are for individuals, and will carry a monetary value, though Matthew Holmes, Magazines Canada’s President and CEO, did not disclose what that value will be. He also declined to give details of the budget being put towards the Magazine Grands Prix.

Magazines Canada will also offer a new fellowship program, with details to be announced later in the year. Holmes said they expect to offer one to three fellowships in their first year, centred around rotating themes. Some of the themes being discussed for the inaugural fellowships include Indigenous issues and climate change. The idea is that the fellows will be embedded with a Canadian magazine.

“As the national representative body we’ve built a big tent for the industry,” said Holmes. “We’re very accessible and very transparent and we really think the national body should be celebrating the best of the industry.”

In December 2015, Canadian Magazines blog reported that several of the largest publishers told the National Magazine Awards Foundation—till now, the only national Canadian magazine award program—that they intended to drop out of the NMAs, citing concerns over the size of the awards, and adding that they should celebrate excellence at the highest levels. Among those reported to have signed the letter were Knight, and Lucie Dumas, who is also on the board of Magazines Canada.

The National Magazine Awards Foundation recently introduced a digital-focused awards program, the Digital Publishing Awards. On Sept. 19, they also announced several overhauls to their existing awards programs, including refining the number of award categories, reformatting the Awards gala to allow for more networking, more rigorous criteria for Magazine of the Year, and expanding the Digital Publishing Awards.

“These changes are designed to maintain and advance the NMAF’s 40-year status as the gold standard of creative excellence and the pinnacle of professional achievement for award recipients,” stated a press release about the changes.

Submissions for the new Magazine Grands Prix will open on Dec. 12, 2016.

Did the Globe buy the news or just the Rob Ford pictures?

Read More
Did the Globe buy the news or just the Rob Ford pictures?