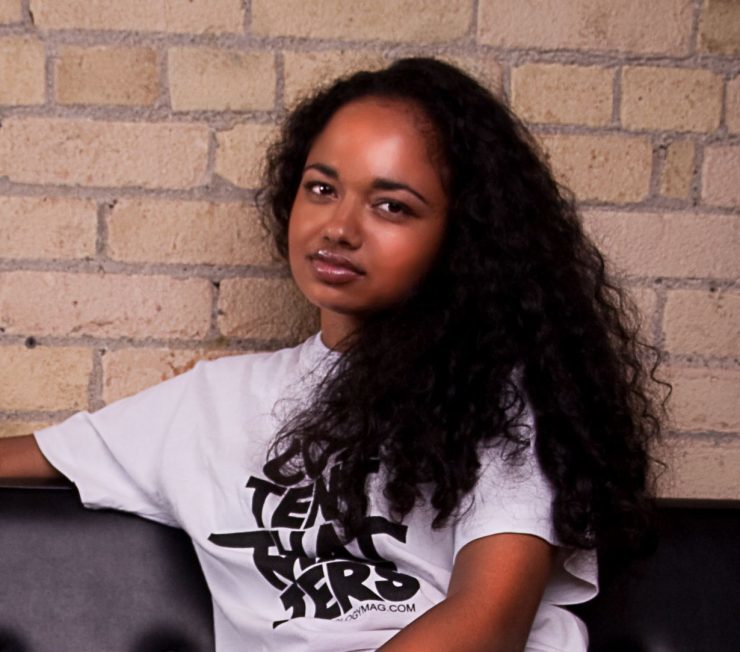 Media coverage of Danzig Street shooting: the opinion of a journalist from Scarborough

Last month's Danzig Street shooting in Scarborough, Ont. left two dead, 23 wounded and the media in a frenzy. Reporters flooded the neighbourhood, used social media to track down sources and wrote endlessly about the event. Priya Ramanujam, a journalist and resident of Scarborough, finds some media coverage lacked an understanding of the neighbourhood and its residents.

Ping. It’s the sound of my BlackBerry Messenger. A new message delivered. I open it and see purple text. That means Broadcast Message, which usually means automatic delete. But this one catches my attention. Written in all capital letters, it is a friend of mine sharing how livid he is with an illustration in The Toronto Star. Two days after Scarborough – the place I was born and raised in – made international headlines for what the police chief called the worst act of gun violence in Toronto’s history, I open up the paper to the Editorial page only to find one of the most insensitive, tasteless cartoons I’ve ever seen in print. It is of a black baby girl with bullet wounds to the head and boo boos from her tricycle and high chair, captioned, “Injuries to expect before they are two.” This artwork came on the heels of a 48 hour media circus that had begun immediately following the shooting at the Danzig community BBQ which killed 14-year-old Shyanne Charles and 23-year-old Joshua Yasay and injured 21 others.

Angered by what I saw, I sent a tweet to the publication I once worked for, saying, “From publisher to publisher, what were you thinking when you published that illustration?”

At that moment, had Twitter permitted more than 140 characters, I actually had half a mind to tweet; “And to all media outlets out there, on behalf of the community I ask you to please take note: No, Mr. Reporter, don’t send random twitter messages with your phone number asking to chat about my friend who just died. No, Ms. Reporter, don’t stick a video camera in my face while I place flowers at the site of my friend’s passing. No, don’t canvass my neighbourhood looking to point out ever negative or “different aspect” of it just so you can paint descriptive picture of a neighbourhood you never knew existed prior to this day. No, I am not interested.”

Only just the night before that I attended what I thought was going to be a community vigil and sermon in the Danzig community, only to find Danzig Street lined with media trucks along the curbside.  TV cameras beamed in the faces of community residents during what felt very little like a vigil and much more like a staged press conference, podium and all. When community residents tried to speak up and voice to the politicians present what they would like to see change in their community they were abruptly cut short. “There’s no time tonight,” they were told. Really, what should have been said was, “There is no more airtime, we have all the footage we need.”

It’s too late to change how the media approached covering the shootings that took place in Danzig, but maybe the experience can be a learning opportunity. As one community resident shared with the CBC, it’s clear that few appreciated the media swooping in during a crisis to get the story, and swooping out just as quickly.

Yes, I went to j-school. Yes, I know that feel-good stories don’t sell newspapers, and for that reason rarely make the front page. But I also lived in one of Toronto’s “priority” neighbourhoods my entire life. I also work with young people with all degrees of experience with violence. And those are experiences many who sit in the city’s newsrooms might not have. So take a page from my notepad. Editors and publishers, provide your journalists with a little bit of time to build real relationships and in-roads with communities like mine. Instead of only showing up to report on guns and gangs, get to know the community leaders, cover the many positive initiatives and events that take place in these neighbourhoods and report on the social issues that the residents face in these communities. That way, if and when, a crisis ever does hit, when your reporters are looking for a source on deadline, they won’t feel the need to send direct tweets to people mourning. Instead they would consult their Rolodex, hit up one of those community leaders they’ve built a relationship with, and ask them for a quote and to be pointed in the direction of someone who is in the right headspace to speak to the media and offer a glimpse into who the victim was as a person.

And while those steps may help prevent these blatant, overt media fails as I call them, I hope editors and publishers can also make it a point to address some of the subtle ones, which I find the most unsettling. They are the ones that will continue to exist far beyond Danzig becoming a worldwide trending topic. Those are the ones that are deeply embedded in our mainstream media and don’t cause a flurry of broadcast messages and angry letters to the editor, like the Michael de Adder illustration. It’s the subtle things like when Canada.com runs an article that refers to the shooters in Danzig and the Eaton Centre as gunmen, but in the same piece states that in Little Italy someone was gunned down. Or like when the Toronto Star’s Rosie DiManno draws reference to gangs in her weekly column and chooses Somali refugees and second generation Jamaicans as her casual cultural reference. These subtle mentions foster an us versus them mentality that is frightening. The mentality further propels stereotypes onto our youth, especially our young men. These stereotypes can be a major cause for a young person to fall victim to barriers in education, employment, civic engagement and so much more.

I got into the field of journalism driven by a lifetime of seeing the media associate my neighbourhood with nothing but guns, gangs and violence. I wanted to prove why it was so important for there to be newsrooms that truly reflect the diversity in lived experiences this city has.

Now don’t get me wrong, sprinkled amongst the endless media coverage were some gems. The Toronto Star’s Royson James nailed it when he wrote that curbing violence was a never-ending job. And the profiles of some of the grassroots community initiatives that are truly making a difference, in spite of Mayor Ford, were a breath of fresh air. But perhaps one of the most powerful media pieces that told the story of the night of July 16 best was not an article. It came packaged in a four and a half minute song and accompanying video entitled “Angels”, written by Galloway rapper P. Reign. Iif the lyrics of the track were transformed into prose and arranged into a newspaper column, it would have been one of the best journalistic commentaries I’ve come across on the subject.

Just look at what happens when someone from inside the community decides to tell the story.

Priya Ramanujam is a Toronto-based freelance journalist, co-publisher and editor-in-chief of Urbanology Magazine and coordinator of the Say Word journalism program for Scarborough youth. She graduated from Print & Broadcast Journalism at Humber College.

The link to this story was broken for a short time. The story was never taken down and J-Source apologizes for any inconvenience this may have caused.