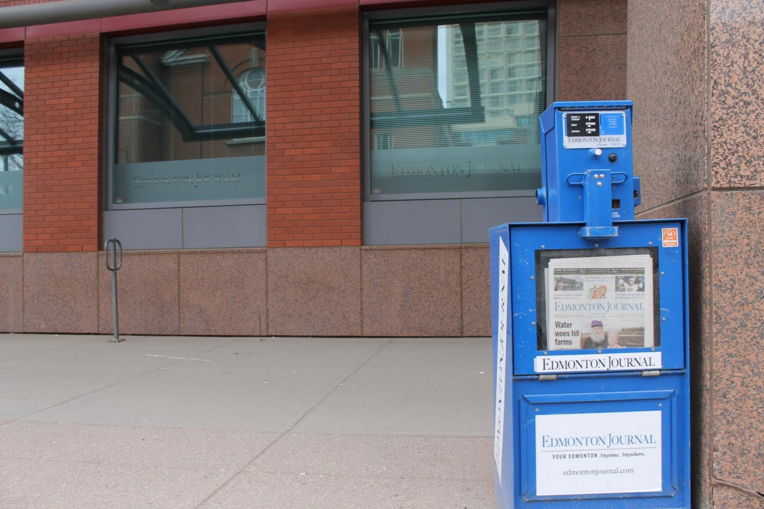 Deputy Editor Kathy Kerr retiring at the end of the month, Dave Breakenridge to assume the role of managing editor.

I would like to make a series of announcements today regarding changes in the Edmonton newsroom.

Please join me in congratulating Mark Iype in his appointment as editor of the Edmonton Journal and Edmonton Sun. Mark has been a true leader in this newsroom as City editor, and has served in a variety of positions in news organizations across Canada.

Mark is a passionate leader who cares deeply about delivering outstanding editorial content. Since joining the Journal as city editor/business editor in early 2014, he has established a solid foundation for dynamic local journalism across our digital platforms and print. His leadership during the coverage of the Fort McMurray wildfires, and ability to adapt and lead during this period of widespread change, have earned him the respect of our newsroom and others across Postmedia.

Mark has risen through the journalism ranks, including working as a reporter and editor at the Canwest News Service/Postmedia News and as a senior editor at the Telegraph-Journal in Saint John, N.B.  He also brings a variety of experience to his new role from outside the industry, having worked as a bilingual investment specialist at CIBC and on various development projects in India and Central America.

Mark will begin his new role on Oct. 1.

In tandem with this, I would also like to announce other important changes.

Following a long and distinguished career, Kathy Kerr has chosen to retire at the end of this month. Kathy has often been described as the newsroom’s heart and soul and — as you all are very aware — she cares deeply about journalism excellence.

While it is with some sadness that Kathy will be leaving, it is with pride to be able to acknowledge her tremendous contributions to Postmedia. It is an exceptional 33-year legacy.

She has held a tremendous variety of positions in Edmonton, and elsewhere in the company, including the Calgary Herald. The resident expert in Alberta, federal and municipal politics (as well as movies and birds…), her historical knowledge of the province, and passion for getting it right, keeps us all on our toes and will be attributes long-remembered in our newsroom. Simply put, Edmonton readers have been well served by the journalism of Kathy Kerr.

Filling Kathy’s shoes will be difficult, and her leaving begins a restructuring of the management of the Edmonton newsroom.

As of Oct. 1, Dave Breakenridge will assume the role of managing editor, overseeing the Journal and Sun.

Dave is an outstanding editor, and his commitment to journalism excellence and driving digital innovation are tremendous assets to the newsroom.

Without a doubt, he has risen to every challenge presented in the past number of months. Dave has also fostered strong working relationships with colleagues and supervisors as the newsrooms merged, and I have the utmost confidence he will lead and shape coverage for both brands.

Dave has worked in radio and newspapers, serving as a reporter, assistant city editor, assistant news editor, online news editor, before his appointment as Editor in chief of the Edmonton Sun.

Mark and Dave will work with me on a restructuring plan for the Edmonton newsroom at the senior and operation levels, with an unflinching eye to growing our digital capabilities and audience. Those changes will be forthcoming in the coming weeks.

Rest assured something will be planned to toast Kathy’s new life.