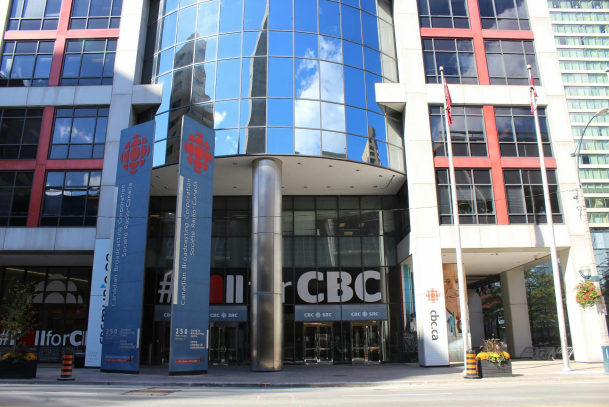 “It is with mixed feelings that I am telling you Mark Starowicz’s last day at the Canadian Broadcasting Corporation is tomorrow.”

It is with mixed feelings that I am telling you Mark Starowicz’s last day at the Canadian Broadcasting Corporation is tomorrow. I say with mixed feelings because, in as much as Mark is leaving CBC, he is launching a new career as an independent producer and we will be working with him in that capacity. Mark informed us of his decision several weeks ago but wanted to stay until the transition with the doc unit was completed.

The programs Mark created or shaped crowd the CBC’s trophy shelves. Under his leadership, As It Happens became the most popular program in Canadian radio; he created Sunday Morning and built it into a national institution. In television, he created the legendary nightly news and current affairs program The Journal that became the most influential national stage for politics, the arts and documentary reportage.

Over almost five decades at CBC, Mark has become a giant on the Canadian documentary landscape. His vision and talent have guided generations of reporters and documentary producers to deliver award winning shows.

After The Journal, Mark pursued his passion for documentaries full-time with programs like The Nature of Things, Witness, Life and Times, Doc Zone, the Greatest Canadian, Love Hate and Propaganda and The Canadian Experience. His team forged co-production alliances with The New York Times, France 5, ZDF Germany, to create internationally acclaimed series like China Rises,Arctic Rush, Battle for Baghdad and India Reborn.

Throughout his career he has gone into the field to direct his own documentaries for the CBC, from the Cambodian war to the Canadian Arctic, from the transformation of China to Louis Riel’s last stand.  The Third Angel, his portrait of a Canadian woman fighting to preserve the primates and rainforests of Borneo, ran in 18 countries. His series Dawn of The Eye, a history of the news, co-produced with the BBC, is in film school libraries throughout the English world.

Mark championed the cause of public broadcasting and Canadian programming in speeches and debates across the country. He was one of the architects of the Radio Revolution. He championed the advancement of women in the CBC and defied convention by naming two women–Barbara Frum and Mary Lou Finlay–as co-hosts of The Journal. He took chances on young people and mentored literally hundreds of them, many of whom went on to be leaders in Canadian broadcasting.

Mark was a bridge builder with Radio-Canada, forging enduring links and co-producing over 100 hours of cross cultural programming, and he worked to give voice to the stories and perspectives of First Nations in series like 8th Fire.

All these themes came together in what may be his most enduring legacy, Canada: A People’s History, an epic collaboration of CBC’s French and English networks that crossed the language divide and gave pride of place to our aboriginal heritage. It became the most highly viewed documentary series in Canadian history. The National Post called it “one of the grandest events in the history of Canadian mass media.”

He was named an Officer of the Order of Canada in 2004. His many honours include the Order of Ontario, the Governor General’s Performing Arts award, the Lifetime Achievement Award by the Canadian Journalism Foundation.

We are grateful for the leadership Mark has provided over almost 50 years and I know I speak for all of us in saying how proud we are to have been his colleague. In the fall, when everyone is back from summer vacations, there will be an opportunity to celebrate Mark’s remarkable career and we look forward to working with him down the road.