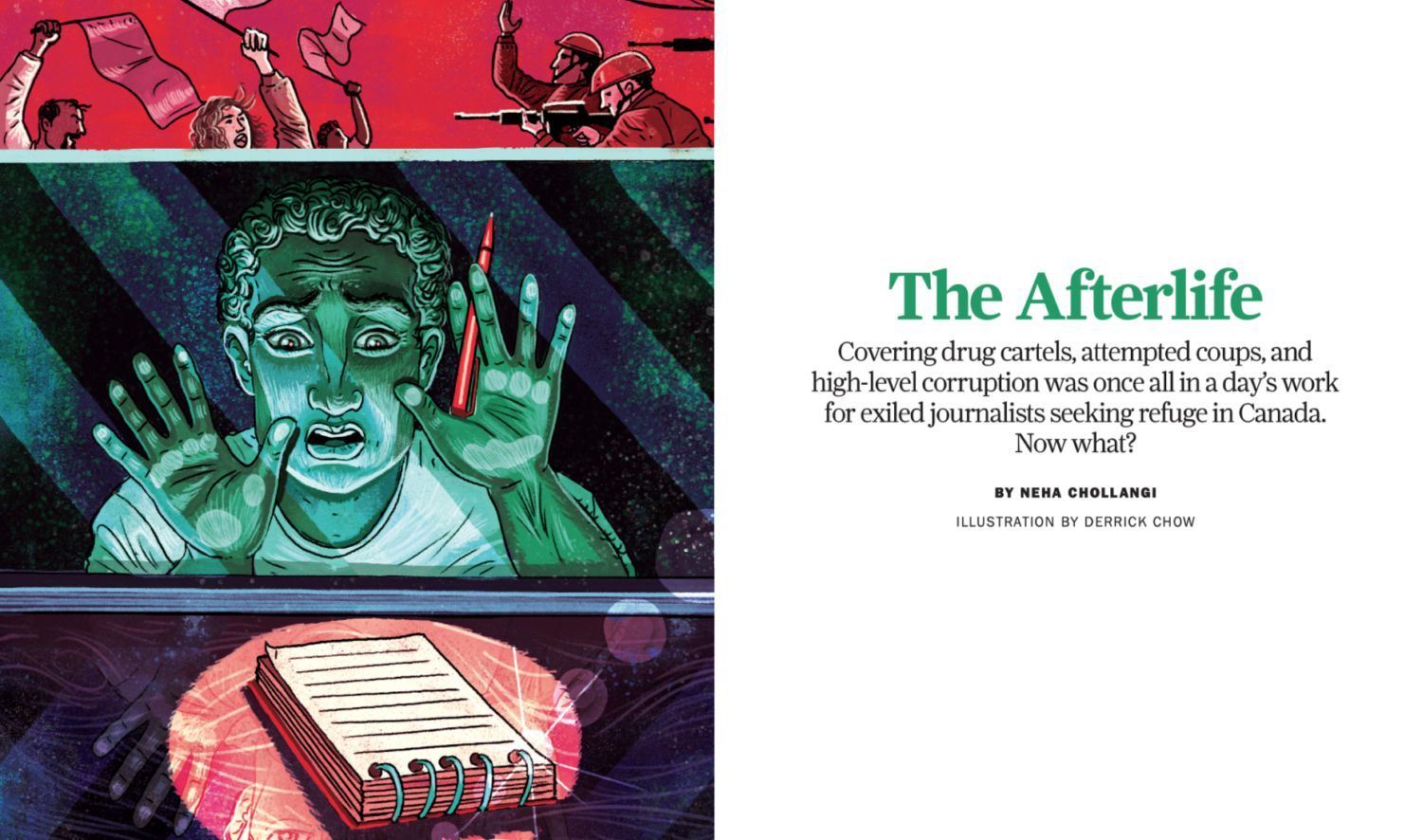 Highly skilled reporters from across the world exiled in Canada rarely find employment in the country’s newsrooms. The RRJ’s Neha Chollangi on the rich journalistic experience that media organizations lose when they don’t carve out space for newcomers’ expertise

Soon after the failed 2016 coup d’état in Turkey, the country’s press came under attack. President Recep Tayyip Erdoğan’s government made emergency decrees to arrest anyone who spoke out against his government.

In a matter of weeks, the government had shut down 131 media outlets. The closures continued in the coming months leaving thousands of journalists without a job. At the same time, hundreds of journalists found their names on a nationwide list of wanted criminals.

Arzu Yildiz was among them. After she reported on a secret court proceeding involving a group of prosecutors who exposed the government sending arms to Syria, she was charged with breaching court confidentiality and sentenced to 20 months in prison.

To escape her imprisonment, she hid in a small room with her two daughters for five months. Eventually she fled Turkey and made her way to Canada, leaving behind her family and the life she had known.

I met Yildiz for the first time in October last year and we spent a few hours in her apartment talking about her work in Turkey. I called her from the lobby of her building and she buzzed me up where she made me a cup of black coffee and gave me a bowl of Turkish porridge. Her youngest daughter, who came to Canada last year, was home watching cartoons on TV while we sat by the large window beside the kitchen chatting.

My feature for the most recent issue of the Ryerson Review of Journalism, centred on exiled journalists and their struggles both in their home country and in Canada, took form after my editor (RRJ instructor and J-Source editor-in-chief Sonya Fatah) brought my attention to Yildiz’s story.

Over the years, Yildiz and other journalists facing peril have found refuge in Canada as asylum seekers. But once they resettle, there are very little resources for exiled journalists to bridge the gap between their past work and the landscape and opportunities available to them in Canada. Despite having volumes of knowledge and experience, without the right connections and “Canadian experience,” mainstream media outlets in this country have been unwilling to welcome these journalists. As I met with other journalists like Yildiz, I realized the story was about missing expertise in the Canadian newsroom.

Turkey ranks 154 out of 180 on the 2019 World Press Freedom Index, with Canada placing at 16 on the same list. Countries including Turkey, Mexico and Honduras are oppressive, silencing the voices of journalists and threatening their livelihoods, and in some cases, their lives. But here in Canada, journalists from those countries find themselves silenced in other ways. Exiled journalists in Canada face overt hurdles as newcomers, such as language and cultural barriers, and the reality of a rapidly shrinking industry.

Some of these barriers, however, are quite complex.

When I spoke with Fred Alvarado, an exiled journalist from Honduras, he talked about Toronto like it was an alien city when he first moved here― and how he repeatedly had to bridge gaps between him and this new society. In Honduras, Alvarado reported on narco trafficking and corruption within the region. He even had his own show called Docufilmes on Globo TV where he dissected current issues and interviewed experts. When I met with him for my story he was employed as a cook at one of University of Toronto’s kitchens.

I spoke to Yildiz, Fred and others like them for hours, listening to them recounting the stories they had reported, as well as their run-ins with the establishment, how they had been arrested, how they watched their colleagues disappear, and how they had to flee from their homelands in fear.

A June article from Nieman delves into the story of a group of refugee journalists in Germany who created, Amal, Berlin!. With reporting done in Farsi and Arabic, the news site is filling critical gaps serving increasingly diverse audiences, covering stories often overlooked by the mainstream media.

My RRJ story, The Afterlife, explores Canadian media’s resistance to making space for exiled journalists, capturing the lack of resources available to them and their arduous stories of the sometimes horrific conditions for press freedom around the world.

As newsrooms in Canada and elsewhere are forced to reckon with their own shortcomings with workplace diversity, exiled journalists represent yet another group with a vast pool of skills and reach; skills which could serve the communities they are a part of when given the opportunity to bring their global knowledge to broaden the range and quality of stories told in Canada.

Read the Afterlife on the Ryerson Review of Journalism’s website. 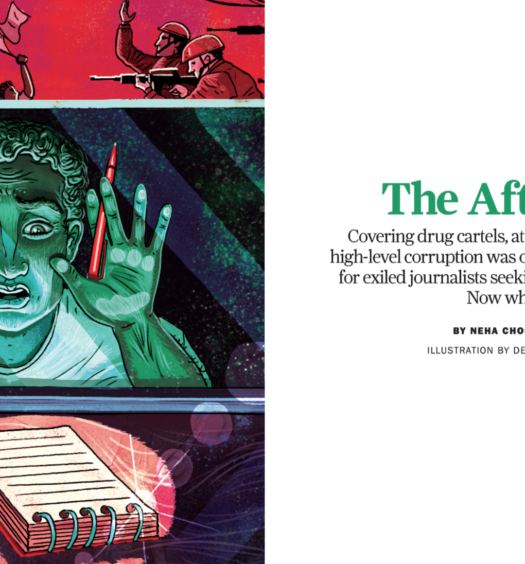 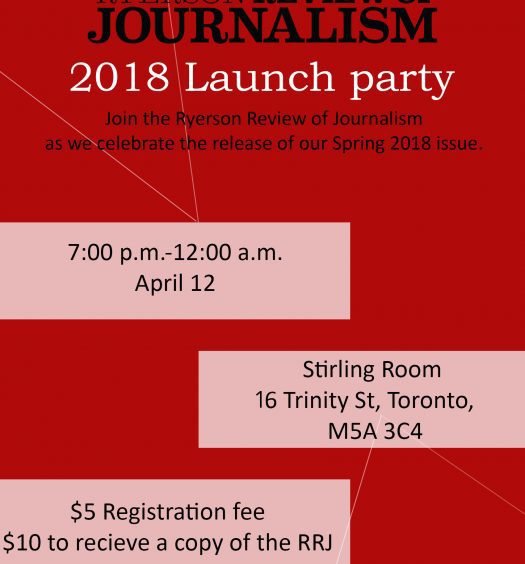