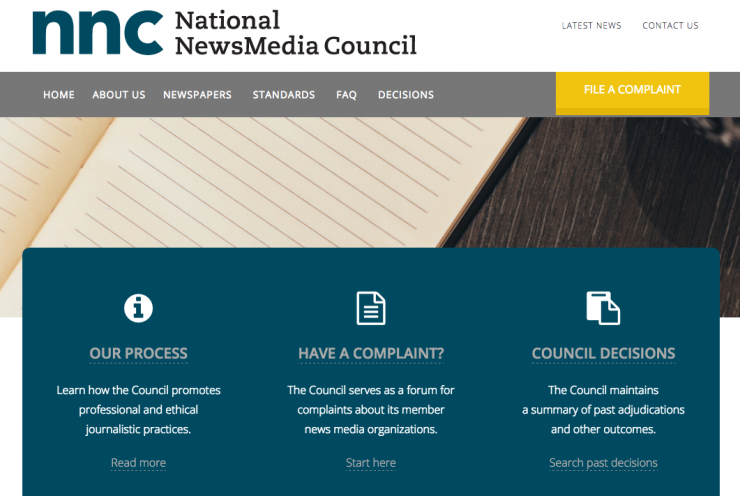 “There’s no question we’re a product of the contraction of the newspaper business,” says NNC president and CEO John Fraser.

Sitting in his office on Yonge Street, in Toronto, in late October, Fraser, the president and CEO of the National Newsmedia Council, told J-Source he just had the first three magazines sign up—Maclean’s, Chatelaine and Canadian Business.

They aren’t the traditional members you’d find in a press council, like The Toronto Star or the Globe and Mail. But the NNC has to represent the changing face of the media industry in Canada.

“There's no question we're a product of the contraction of the newspaper business,” Fraser said. He also hopes to sign some of the new, digital outlets that have begun to reshape Canada’s media landscape—BuzzFeed, Vice and the Huffington Post are among the outlets he’d love to see become members.

But the NNC faces its own obstacles Starting a new press council while the industry undergoes a massive transformation is a challenge in itself—but building its reputation as an organization that people want to be a part of may be its main hurdle.

Provincial press councils had been struggling for some time, losing members and funds that once sustained them. Sun Media left the Ontario Press Council in 2011; The Manitoba Press Council closed Jan. 1, 2012 and the Edmonton Journal and Winnipeg Free Press left their respective councils. Saskatchewan has never had its own press council.

The dwindling number of members of the former regional councils provided the impetus to create a new, national organization. But so did the fact that more media are being seen across the country; even the smallest newspaper can be read globally, if it has a website. John Hinds, the president and CEO of Newspapers Canada, said that as owners publish online across the country, provincial lines have become less relevant. Toronto Star public editor Kathy English noted in a recent column that she gets complaints from across the country.

Former Ontario Press Council executive director Don McCurdy had floated the idea of a national press council with various members of the OPC and other councils after he became the organization’s executive director in 2010. “It was a process of gaining strength from having support from people in key positions,” he said.

The phone hacking scandal in the United Kingdom was a wake up call, according to Fraser. One of the recommendations from the Leveson inquiry into the scandal was an independent media scrutiny organization, the Independent Press Standards Organisation, which was created by a royal charter. The Guardian, Independent and The Financial Times have not joined this new commission, and it has been criticized for replicating some of the failures of its predecessor.

“One of our jobs is to make sure nothing like that happens here,” Fraser said.

Having the council is desirable for most newspaper publishers because it goes a long way to giving them credibility, according to Hinds. “We are very concerned about the standards of what our members are doing,” Hinds said, who also noted that members wanted to strengthen the self-regulatory model.

The NNC is now building its membership, reaching out to some of the outlets the regional press councils lost. All of Postmedia’s papers are now members of the new national council. Fraser was also able to sign up Canadaland, after he offered host Jesse Brown a membership for $1 while he was a guest on a recent show.

Though the new council is still confirming the final makeup of the council itself, it has already started receiving complaints. McCurdy showed J-Source a slim file of complaints that he is investigating in his new role as senior complaints co-ordinator.

A majority of them will never make it to the council—most will be explained or settled by NNC staff. The main function of the council in many cases is to educate people about how journalism works. That includes, for instance, explaining the role of a columnist—press councils frequently get complaints about them.

Fraser sees this new organization as having an opportunity to take on more of an outreach role as well, educating the public before a complaint is even made.

The NNC will launch officially in Jan. 2016.

Correction: An earlier version of this article mistakenly identified Don McCurdy as the chair of the Ontario Press Council. We apologize for the error.