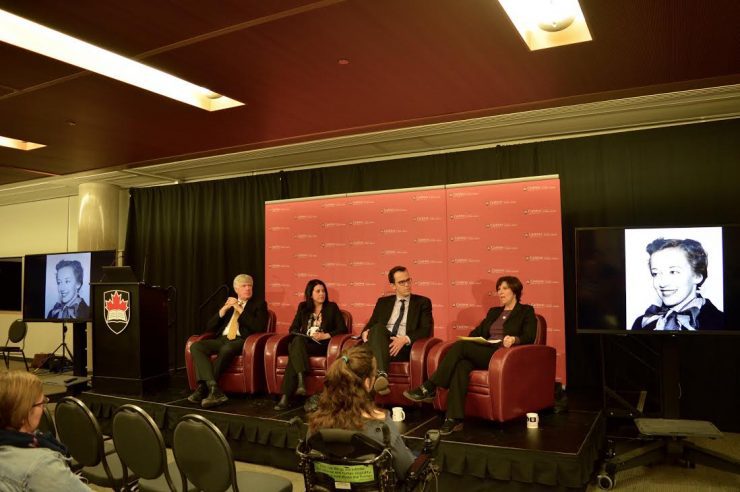 “This is a book that’s not meant to put a positive spin on the gallery,” says co-editor Josh Wingrove of Sharp Wits and Busy Pens.

This year marks the 150th anniversary of the press gallery, and a number of Canadian journalists have joined forces to write a book—Sharp Wits and Busy Pens, to be published by The Hill Times in May—detailing its long and colourful history, including secret speakeasies and glass-ceiling-shattering female reporters.

“This is a book that’s not meant to put a positive spin on the gallery. The gallery members were very complicit in censorship during the war, which at the time was perfectly acceptable. In retrospect, that kind of government censorship would be unheard of today,” said Wingrove, who is co-editor of Sharp Wits and Busy Pens with Helene Buzzetti of Le Devoir; Ditchburn and Tibbetts are both contributors.

While the book is largely about the history of the press gallery, it also looks at a number of issues facing the gallery right now.

Gender diversity within the gallery was something Ditchburn raised several times, beginning by acknowledging Genevieve Lipsett-Skinner—the first female member of the gallery in 1921, which in the male-dominated, smoke-and-brandy-filled environment, was no small feat. That said, Ditchburn still thinks there’s much to be done before gender equality is achieved in the press gallery.

“It’s only about 35 per cent, and when you consider how many women there are in journalism schools, it should be well over 50 per cent,” she said. “I think there’s still a persistent feeling around politics that it’s done by men.”

Over the years, the press gallery’s members have included many now-defunct publications—many of them local newspapers that housed a correspondent in the gallery’s Hot Room—the media room located between the House of Commons and the Senate.

Now, as smaller papers stop sending their own reporters to Ottawa, they are being replaced by ones from the likes of BuzzFeed and Vice, publications that not too long ago would not have been expected to produce reporting of a serious, democracy-protecting tone.

That in itself raises another pressing issue in the media world: the press gallery holds the unique power of admitting and barring access to people they don’t necessarily consider media.

While this is representative of the changing state of Canadian journalism, Waddell brought up the fact that with the loss of local outlets comes the loss of local coverage, and “anything that’s getting done now is written with a national frame,” which he identified as potentially problematic.

“If the London Free Press is here, it might not matter to you, but it sure as heck matters to the MPs from London,” Wingrove added.