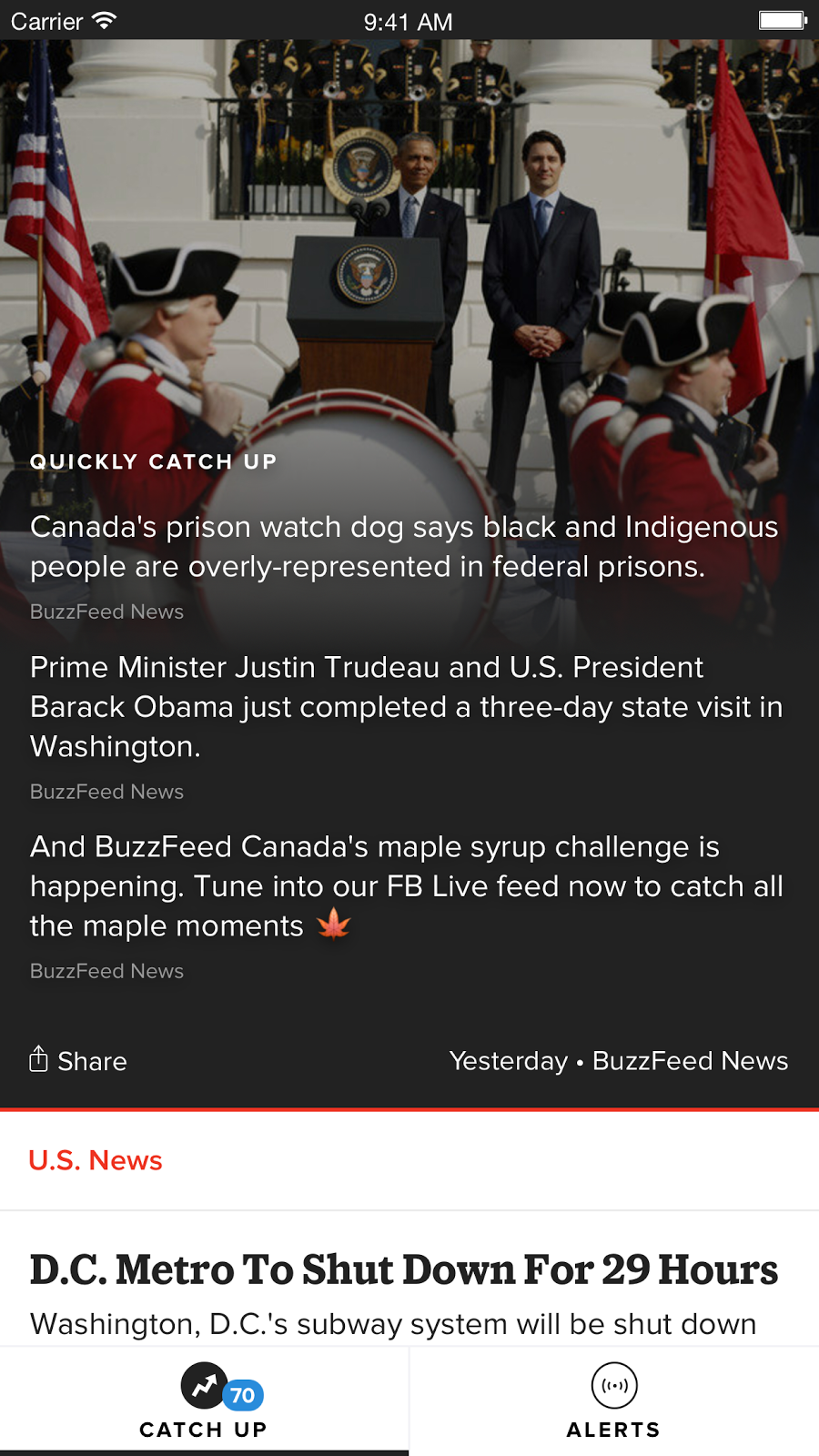 “Now we have the ability to push alerts to them,” said Craig Silverman, the editor of BuzzFeed Canada.

BuzzFeed Canada news can now come directly to you, on your smartphone.

With the launch of the BuzzFeed News app on Mar. 30, readers can customize their news notifications so they get them directly from the BuzzFeed Canada team.

“Now we have the ability to push alerts to them,” said Craig Silverman, the editor of BuzzFeed Canada.

BuzzFeed has, since its founding, pursued an aggressive international expansion, opening offices in Japan, India and Australia, among others, along with Canada.

However, The Financial Times recently reported that BuzzFeed had not reached its projected revenue goal of US$250 million in 2015. Re/code reported that Kenneth Lerer, BuzzFeed chairman, disputed the report, saying that their forecast had not changed.

“The conversations that I’ve had have been around what the hiring might look like for this year rather than going the opposite direction,” said Silverman.

He noted that if they do hiring this year, he hopes to build in news. “I would like to see us to be able to feed [the app] more and more,” he said.

For now, however, the team is focused on getting news out to readers that has their own particular BuzzFeed spin on it.

For instance, recent alerts included politcs reporter Emma Loop’s coverage about the unfolding suicide crisis in Attawapiskat. They aren’t pushing news out the second it comes out—Silverman said they have 10 people in editorial, and not all of those people are on news. “We don’t pretend to cover breaking news,” he said. He said that, depending on the nature of the breaking news, they might even push out an alert to another outlet’s story as part of what Silverman describes as a service to make sure BuzzFeed highlights important stories.

The BuzzFeed Canada team also puts together a bullet point list that highlights important stories for the global BuzzFeed audience.

Silverman had not seen download numbers for the app so far. However, he did say that readers spend an average of about four and a half minutes on the app.

“The overall thing is we now have another way to get the stuff we’re doing and to get Canadian news in front of Canadians and also people around the world,” said Silverman.

Canada must free scientists to talk to journalists

Read More
Canada must free scientists to talk to journalists