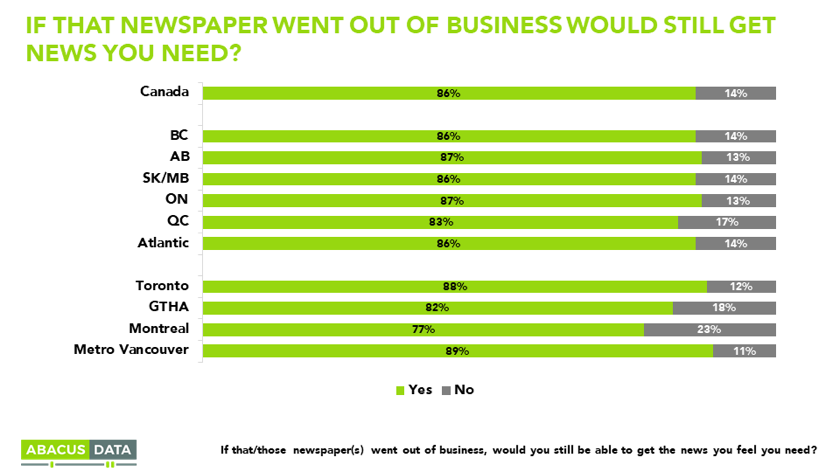 Abacus Data poll released on June 16 finds that 86 per cent of Canadians feel they would get the news even if their local newspaper went out of business.

Canadians don’t seem too worried about our troubled local media landscape — at least according to a new poll released last Friday.

In a survey released on June 16, Abacus Data, a Canadian polling and market research firm, found that 86 per cent of Canadians feel they would still get the news even if their local newspaper went out of business.

“Consumers’ confidence that they would manage to get the news they need – was widespread in every region, among all age groups, both genders, urban and rural dwellers, homeowners and renters, and supporters of all three major parties,” said the authors of the report, Bruce Anderson and David Coletto. “Even among those who only have one newspaper in their community, 84 per cent think they would still be able to get the news they feel they need.”

While Canadians may feel that they aren’t missing the news, it doesn’t mean there aren’t issues with local access to news. April Lindgren, a professor at Ryerson University who studies local news poverty, has found that suburban and rural communities are underserved, according to a study of the amount of local stories produced during the federal election in 2015.

Other reports, such as Public Policy Forum’s Shattered Mirror report, have also found that Canadians assume news will always be available to them, despite the financial issues the industry faces.

“Because people consume information using a variety of digital platforms, they may not be as aware as used to be the case of the sources of their news, and the important role of local newspapers in newsgathering. It’s also possible that they believe that different media outlets will fill in the gaps that would occur with newspaper failures, using different business models,” Anderson wrote.

The Abacus Data survey did find that 32 per cent of respondents don’t have a daily newspaper in their community. Just under half only have one.

As the Canadian publishers and politicians debate whether government intervention is needed to assist an industry many view as being in trouble, Canadians too are divided on whether newspapers need outside support. The survey found that about 44 per cent of those polled thought the government has a responsibility to do something to ensure there is strong local media presence. That number went up to just over half for millennials, and a little lower for baby boomers.

The survey polled just over 1,500 Canadians aged 18 and over in early June. 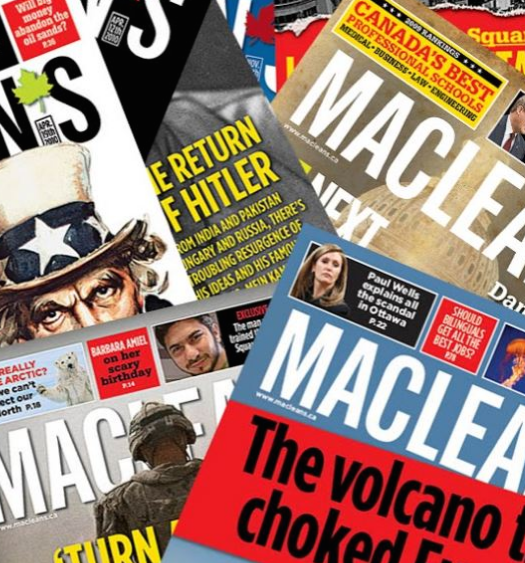 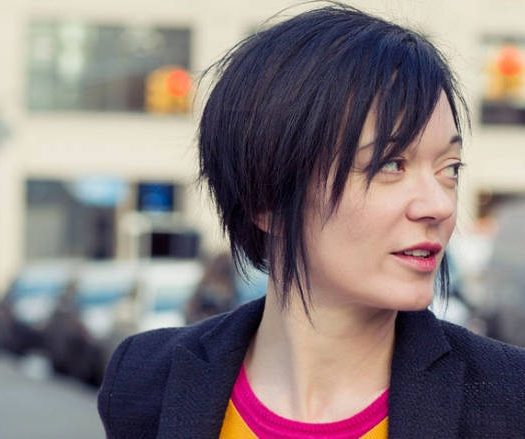 Public Ally #1: Sue Gardner on why public broadcasting matters more than ever