Public Policy Forum research could indicate that local newspapers are being saturated by wire service stories, rather than featuring local political coverage.

A new Public Policy Forum report has found that newspapers are shrinking — the amount of newspaper articles produced over the last 10 years has shrunk by almost half, and of those articles, fewer include coverage of democratic institutions and civic affairs.

The report, “Mind the Gaps: Quantifying the Decline of News Coverage in Canada” emerged from an interest in finding out how much — if at all — news coverage has decreased over the past 10 years. “One of the black holes of information has been exactly what is the effect on coverage of our civic institutions,” said Edward Greenspon, president and CEO of PPF.

The Public Policy Forum, with Nordicity, a consulting firm, surveyed 20 anglophone and francophone communities across Canada, looking at the volume and depth of the articles, measured by factors such as the number of direct quotes in stories.

Here’s what they found.

But that’s not necessarily good news. The slower drop in civic affairs reporting may actually a symptom of cuts to other newsroom beats. “It may well be that publishers are trying to “protect the core” by concentrating limited resources on covering civic affairs at the expense of other topics, or that institutional coverage is easier to maintain under resource pressures,” states the report.

City hall coverage has been the most impacted by the shrinking Canadian media market. While all political coverage has been impacted, coverage of city hall politics has fallen by 38 per cent over 10 years, compared to 30 per cent and 29 per cent drops on stories about courts and legislatures. Stories about courts and legislatures have actually seen a small uptick in the last year the PPF studied.

This, again, could be indicative of cost-saving strategies on the part of large newspaper chains. As newspapers centralize their services, it’s easier to send small, local newspapers stories produced from wire services or from a central political bureau. “You know, if you are the Postmedia paper in Lloydminster, you now probably are running fewer stories about Lloydminster and more stories on news from around the province that you might be getting from the Leader-Post or from the Postmedia news services in one way or another,” said Greenspon. “That just means the political sinew between citizens and the people they vote for is weaker and weaker.”

The depth of coverage hasn’t declined as fast

The PPF surveyors also looked at depth of coverage of stories, measuring factors like the numbers of direct quotes used in a story; the presence of opposing perspectives; the inclusion of statistics and polling, historical context and illustrative examples.

There were declines — specifically in opposing views, historical context, statistics or polling and illustrative examples — but overall, the report found that these declines are more of a slow erosion than the more significant volume drops of political stories.

The PPF report looked at 20 communities across Canada, all varying in size. Some had experienced the closure of a local newspaper, which explains why those areas have seen such drops in the quantity of news coverage, especially at city halls.

While in small markets, particularly those that have experienced newsroom closures, there have been sharp drops in both quantity and quality of civic affairs reporting, the report posits that medium markets may actually bear the brunt of the worst cuts, since civic affairs coverage has consistently been lower. “Medium-sized communities have also witnessed more growth in provincial coverage, which has almost entirely replaced reporting from a regional perspective.”

Bilingual newspaper markets seem to have not suffered the same drops in civic affairs reporting as in purely anglophone ones. But the researchers did find that the depth of stories in francophone markets was overall lower over the 10-year period studied.

The picture painted overall is one of decline. “What we are seeing now is that revenues are plunging, acceleration of this downward spiral is getting faster and faster and news coverage more and more sparse,” said Greenspon. “And that’s a recipe for catastrophe.” 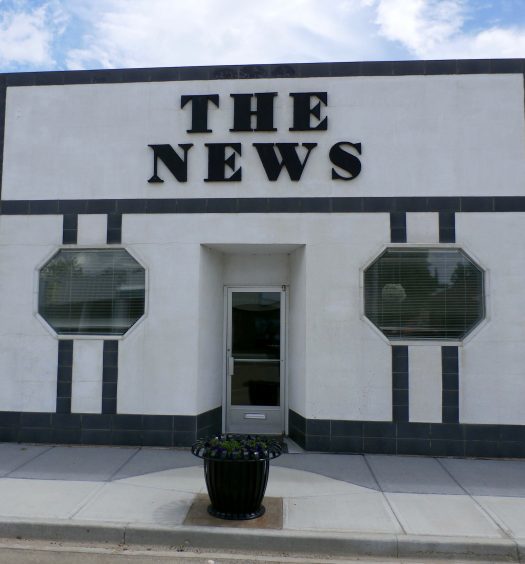 A fourth-generation newspaper rides the waves of change

Read More
A fourth-generation newspaper rides the waves of change