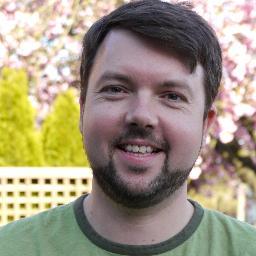 There are just as many journalists working in Canada today as there were a decade ago, according to data from Statistics Canada. Given the difficulties newspapers have been having over the past decade, that journalists are even holding their own seems, frankly, amazing, writes the Vancouver Sun's data journalist Chad Skelton. He takes a more in-depth look at the numbers.

By Chad Skelton, for the Vancouver Sun

There are just as many journalists working in Canada today as there were a decade ago, according to data from Statistics Canada.

Since 2001, the number of working journalists in the country has stayed relatively flat at about 13,000, despite several waves of buyouts and layoffs at newspapers across the country.

I stumbled across this surprising fact on Friday, while digging through some occupation data from the 2011 National Household Survey. After mulling it over the last couple of days, I thought the topic deserved a more thorough analysis than the few tweets I shot off on Friday.

According to the 2001 census, there were 12,965 Canadians working as journalists. In the 2006 census, there were 13,320 journalists. And in the recently released 2011 National Household Survey, there were 13,280. In other words, there are pretty much the same number of journalists in Canada today as there were a decade ago. Now, Canada’s population grew during this same 10-year period, and the total number of employed Canadians went from 15.9 million to 16.6 million, an increase of about 4.5%. So journalist jobs aren’t keeping pace with the workforce as a whole. Still, given the difficulties newspapers have been having over the past decade, that journalists are even holding their own seems, frankly, amazing.

When I tweeted the figures on Friday, they were met with understandable skepticism. Could it really be that things aren’t quite as dire for journalists as we all think? A few theories that crossed my mind, or that others raised on Twitter, include:

Let’s take them in turn.

Theory #1: The numbers are wrong. As far as data goes, the source doesn’t get much more reliable than this: These are the official occupation figures from our nation’s official statistical agency. Unfortunately, things aren’t quite that simple. While the occupation data for 2001 and 2006 were based on the mandatory, long-form census, the 2011 data is based on the voluntary National Household Survey. There’s been a lot of controversy over the government switching from the mandatory census to a voluntary survey, including that it might undercount groups like immigrants and the poor who don’t bother to fill the survey out. It’s also possible, therefore, that the NHS could overcount groups who are more likely to fill out the survey. Is there something about journalists that might make them more likely to fill out the NHS? It’s possible. And if they did, that could inflate their count.

That said, StatsCan does use some statistical techniques to help address the non-response problem. I’m frankly out of my depth on the math here to know how effective those techniques might be in neutralizing the problem. But it leaves me with the impression the data shouldn’t just be dismissed out of hand. A related theory is that, for whatever reason, more people may call themselves journalists now than did 10 years ago. That seems doubtful. The occupation classifications StatsCan uses are sliced pretty thin and the category for journalists hasn’t changed since 2006. There’s a separate category for “authors and writers” but it’s explicitly not for journalists. The category for “editors” has some overlap with journalists — it includes everything from copyeditors to literary editors — but that category has actually grown substantially over the past decade, from 12,480 in 2001 to 17,445 in 2011.

To continue reading, please visit the Vancouver Sun where this was originally published.