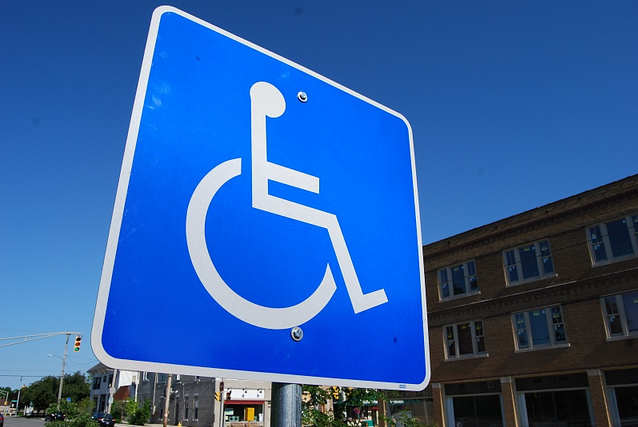 On doing a better job of reporting disability-related stories

Journalists at major Canadian newspapers are increasingly interested in disability-related stories—and are more conscious of how they’re telling them.

My mother has always told me that I should do whatever possible to be a voice for the disabled community. At one of my lowest points on my journey to self-acceptance, she made me attend a leadership conference with the hope of building my confidence. While there, I reconnected with my childhood friend Chantelle Fogarty-Griswald. Chantelle would love to be a voice for people with disabilities, but the speech delay caused by her type of cerebral palsy (CP) makes this challenging. My CP doesn’t affect my voice, but I’ve never been one for public speaking. Instead, I decided I would write. In journalism school, professors advised us to write what we know. And throughout my time at Ryerson I’ve taken the opportunity to write multiple stories about what I know best: disability.

It’s difficult for stories about minorities, such as those focusing on people with disabilities, to be heard in the daily news cycle. When stories are published, these people are often depicted inaccurately. This becomes detrimental when you consider the power journalism has to inspire understanding and change. But recently, there’s been progress. Journalists at major Canadian newspapers such as The Globe and Mail and Toronto Star are becoming increasingly intrigued by disability-related stories and are being conscious of how they’re telling them.

Language is crucial for the disabled community. “The words cripple and crippled are offensive to the disabled and also too vague to be useful,” states the ninth and latest edition of The Globe and Mail Style Book. “If we must use a vague term, make it disabled.” As good as this is, it’s ironic because the guide also cautions against such generalizations such as “the disabled” or “the deaf.”

Toronto Star public editor, Kathy English, said in an email that the latest Star style guide, last researched and updated in 2010, encourages the idea that “a person is an individual first” and should not be reduced to just their disability. These ideals are good to know, but Sylvia Stead, public editor at the Globe, summed it up best in an email: “Ideally, word usage should be based on knowledge of the subject and also asking the person being interviewed how they would want to be described,” she wrote. “It’s important to stay current in terms of language usage, but also to listen to the individual.”

This is something that Tavia Grant aimed to do while working on a recent feature for the Globe’s Report on Business about the employability of those with disabilities. The piece was originally intended to be a short weekday feature after she attended the Feb. 11 Rethinking Disability Conference hosted by the Ontario Disability Employment Network. “But I happen to have a great editor that thought, first of all, that it was a business story and gave it that prominence,” Grant says. Since she’s not a health or social issues reporter, she did her research and took her language cues from her sources. She admits it was a learning curve and although she still may have made a few mistakes, she was quite mindful of her work and tried to build awareness without perpetuating stereotypes.

Andrea Gordon, a life reporter at the Star, often writes about developmental disabilities. She says that she sort of fell into the beat over the years as one story about children’s mental health led to another. Since then, she has developed a passion for the bringing these stories to light. “I guess what I’m attempting to do is to provide a voice and present a perspective that maybe that isn’t often heard.” Gordon says the best way to accomplish this is to let the source’s voice drive the story. But she also tries to be mindful of language. “People get upset when they see too much use of the phrase ‘autistic child,’ ‘autistic person,’ versus a ‘person with autism;’ that kind of language people are really sensitive to,” she explains. “So you try to be respectful of that but, at the same time, there are only so many words, there are decks and headlines, and sometimes people take shortcuts and it’s out of my control.”

One of the challenges for journalists writing about a developmental disability—particularly with people who are nonverbal or unable to communicate with the written word—is the reliance on parents or caregivers. Though most parents know their child best “you still have to be sensitive to the fact that this is still one step removed,” says Gordon. That’s why it’s important to hear from those who can speak for themselves. “But there aren’t a lot of those people so maybe we need to look harder for them,” she continues.

Writer and activist Melissa Graham uses her blog Bitch on Wheels to make sure her voice is heard on matters affecting people with disabilities. On Feb. 7, in reaction to the discussion of legalizing assisted suicide, she wrote, “Ableism, not assisted suicide, is what we need to work against.” Graham would like to see more people with disabilities writing stories. She often gets asked to speak about not just the experiences of her own disability, but disabilities in general. “I can’t speak for everyone and some journalists understand that better than others,” she says. “Some media outlets are more progressive than others, and it’s easier to get that message across.”

There are some journalists with disabilities who won’t report on disabilities because they don’t want to be branded as a one-beat reporter. While I respect this, I have no qualms about covering disability-related stories. In fact, I’ve began freelancing for Holland Bloorview’s BLOOM, a magazine for parents of disabled children. My goal is to use my knowledge and abilities to provide awareness and understanding of an often-overlooked and misunderstood community by writing what I know.

This article originally appeared on the Ryerson Review of Journalism’s website, and is reprinted here with permission.